The Sodium Controversy: is a Low-Sodium Diet Unhealthy?

The Sodium Controversy: is a Low-Sodium Diet Unhealthy? 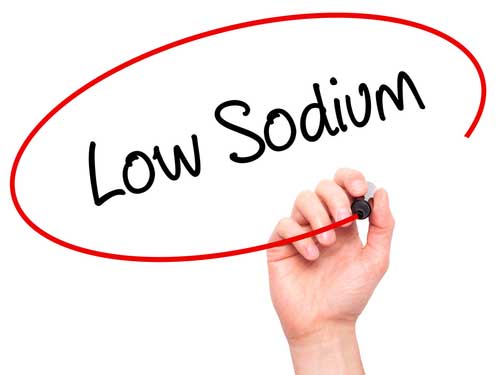 For years, we’ve heard about the dangers of consuming too much sodium, how adding salt to food increases the risk of high blood pressure, heart attack, and stroke. But as new and sometimes conflicting studies come out, the argument for a low-sodium diet has become a more contentious one. Some experts believe a low-sodium diet saves lives while others, based on newer evidence, think aggressive sodium restriction is harmful. Who’s right?

The McMaster University study looked at the sodium intake of over 130,000 people worldwide and its relationship to stroke, heart disease, and mortality. Surprisingly, it showed, irrespective of whether individuals had high blood pressure, consuming a low-sodium diet was linked with a GREATER risk for heart attacks, stroke, and premature death.

What Other Research Shows

It’s hard to place a lot of faith in a single study, but this isn’t the first body of research showing slashing sodium might be harmful. In fact, a meta-analysis looked at seven different studies involving 6,250 individuals found no link between a sodium restricted diet and a reduced risk of stroke, heart attack, or premature death.

Yet other studies suggest that sodium reduction beyond a certain point is harmful. For example, a 2006 study published in the American Journal of Medicine looked at the sodium consumption of 78 million Americans. After comparing sodium intake to heart disease risk, they came to a startling conclusion. Those who consumed MORE sodium were LESS likely to die of heart disease.

If cutting back on sodium lowers blood pressure, how might a low-sodium diet be harmful? A study published in the American Journal of Hypertension found that people who adopted a low-sodium diet experienced elevations in cholesterol and triglycerides. Plus, they had a higher level of a hormone called renin. It’s these detrimental effects that may explain why low-sodium diets increase the risk of heart disease and stroke.

Are Some People Salt Sensitive?

Despite these findings, it’s difficult to explain why residents of Japan, a nation that eats lots of salty, smoked fish, has a higher rate of stroke. It’s possible that genetics are a factor. Maybe they’re more sensitive to the effects of sodium. Research shows that around 10% of the population is “salt sensitive,” meaning their blood pressure is strongly influenced by how much sodium they take in. Other people appear to be salt insensitive.

Before assuming it’s okay to get your sodium fix, keep in mind that most Americans consume a diet that’s already high in sodium. If you eat processed or packaged foods, you’re getting “invisible” sodium. In fact, 90% of the sodium most people consume is from processed foods and restaurant entrees, not the salt shaker. That’s why it’s important to read the label on packaged foods and ask how food is prepared at a restaurant.

Manufacturers add salt to food to enhance the flavor and texture of what you’re eating but also to stymy the growth of bacteria. You get quite a sodium load when you eat most packaged foods! What might surprise you are many of the saltiest foods don’t actually taste salty. You might think chips and French fries top the list. Actually, processed meats, soups, cheese, and pizza are the ones deceptively high in sodium.

Keep in mind that adding more potassium to your diet may help compensate for the sodium in your diet. That’s because when you eat potassium-rich foods, your kidneys excrete more sodium. In fact, some experts believe an individual’s sodium to potassium ratio is the most important measure to track. A study published in the Archives of Internal Medicine found a higher sodium to potassium ratio was more of a risk factor for heart disease than sodium alone. You need a certain balance of sodium and potassium for nerves and muscles to function properly too. The take-home message? Make sure you’re getting enough dietary potassium.  The best source is fruits and vegetables.

New studies that show too little sodium may be harmful fly in the face of what doctors have been saying for years – cut back on sodium. So, how much sodium should you consume?

When you look at the research, there’s a “U” shaped curve. Consuming very high levels of sodium is harmful but so is going too low. According to one study, the sodium intake range where the mortality rate is lowest is 2.7 to 4.9 grams a day. So, if you’re healthy, you’re probably safe staying somewhere in the middle of this range.

.   Avoid packaged and processed foods. They’re usually TOO high in sodium and low in potassium.

.   Eat more fruits and vegetables so that you’re supplying your body with more potassium.

.   If you’re taking medications that can affect your sodium or potassium level, like some heart and blood pressure medications, follow your doctor’s recommendations for how much sodium and potassium you should be getting.

Science Daily. “Low-Salt Diets May Not Be Beneficial for All, Study Suggests”

Scientific American. “It’s Time to End the War on Salt”

Harvard T.H. Chan School of Public Health. “Shifting the Balance of Sodium and Potassium in Your Diet”