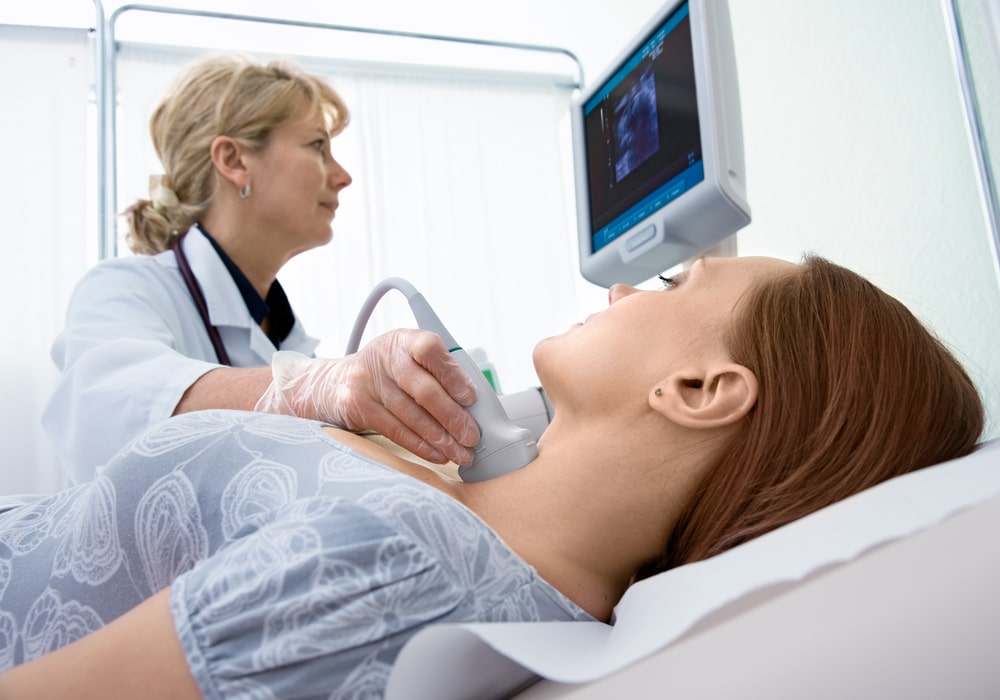 Cancer is a word that sparks fear in the hearts of virtually everyone who hears it. It’s a disease marked by the uncontrolled and unregulated growth of cells. Without treatment, cells often grow to the point that they spread to distant tissues and lead to death. We don’t completely understand what causes cells to grow out of control but it begins with mutations or changes to the gene sequence of a cell’s DNA. When portions of a cell’s DNA that regulate growth are turned on or off, cells can grow unchecked. Cancer is likely triggered by a combination of genetics and lifestyle. Exposure to toxins in the environment as well as food plays a role in causing cancer-inducing mutations to a cell’s DNA.

Disturbingly, one type of cancer has greatly increased in incidence in women, even young women. Do you know which one it is? You might have guessed lung cancer or breast cancer, but it’s actually thyroid cancer that has greatly increased in incidence since the early 1970s. As you may know, the thyroid gland is a gland shaped like a butterfly in your neck, just below your Adam’s apple. It’s this gland that is the master regulator of your metabolism.

What is Thyroid Cancer?

Thyroid cancer, unlike most cancers, is more common in women relative to men and the incidence of this particular cancer is on the rise. In fact, the occurrence of thyroid cancer rose 140% from 1973 to 2002, according to a Journal of the American Medical Association study. At the time, researchers believed the rise was due to better detection rather than a true rise in thyroid cancer incidence.

Yet, Dr. Julie Sosa, chief of endocrine surgery at Duke University in North Carolina, believes that better detection is not the full explanation. A new study published in the Journal of the American Medical Association found the increase involves a type of thyroid cancer called papillary thyroid cancer, one that carries a worse prognosis relative to other forms of thyroid cancer.

What’s also disturbing is the death rate from thyroid cancer seems to be raising. Traditionally, thyroid cancer has been one of the most treatable cancers with a good prognosis in many cases. How can you explain the rise in deaths from this cancer? Some scientists blame it on environmental factors, especially exposure to endocrine disruptors. These days, more people are exposed to chemicals in the environment that disrupt hormones.

Some of these chemicals and pollutants are in the air but they’re also in the water we drink and in food. However, indoor exposures are another concern. For example, flame retardants used to make mattresses and non-flammable clothing contain chemicals that disrupt the activity of hormones, including hormones that impact thyroid function. For example, clothing and bedding made to be flame resistant are manufactured with polybrominated diphenyl ethers (PBDEs), compounds known to impact thyroid function. Another is bisphenol-A or BPA, a resin used to make plastic hard.

Is Obesity a Factor?

In addition, more young adults now suffer from metabolic issues, like insulin resistance and type 2 diabetes. Diabetics have a higher incidence of cancers of all types. Insulin acts as a growth factor that may stimulate the growth of abnormal cells as well. Plus, more young adults are sedentary and eat a diet rich in processed foods and sugar that may also boost their risk of developing various forms of cancer.

How to Lower Your Risk

While there’s not a surefire way to avoid being diagnosed with cancer, most cancer is not related to genetics but to lifestyle. Lifestyle habits that may lower your risk of a number of forms of cancer include:

·       Not smoking or using alcohol excessively.

·       Adding more fruits and vegetables to your diet.

·       Protecting your skin against excess sun exposure but make sure you have an adequate vitamin D level.

·       Knowing your family history, so you can be screened earlier if you’re at high risk.

·       Being aware of what you’re exposed to at work. Certain jobs may carry the risk of chemical exposure that can damage your DNA.

·       Eating organic foods, at least for the most heavily sprayed fruits and vegetables.

·       Using organic cleaning products in your home and on your skin.

·       Not storing food and beverages in plastic containers.

·       Getting a water purifier to reduce contaminants in the water you drink.

·       Knowing your body. If you notice skin changes or lumps, see your health care professional right away

Thyroid cancer is on the rise and it’s likely due to something in the environment, possibly exposure to chemicals that disrupt thyroid hormones. Make sure you’re leading a lifestyle that will lower your risk as well as protect you as much as possible from other forms of cancer.

Why is Colon Cancer on the Rise in Young Adults?