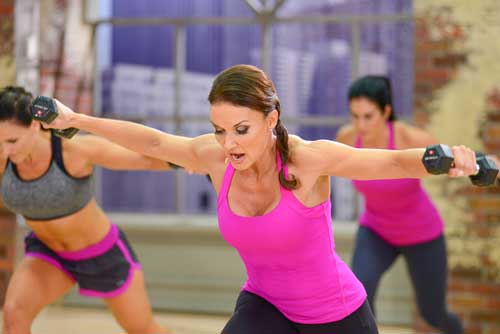 Exercise order is another training variable. Just as you can manipulate training variables like exercise speed, intensity, volume, rest period between sets, the type of equipment you use, the speed of each rep, and workout frequency, you can change the sequence with which you do exercises.

Every resistance training routine should always begin with a warm-up to raise body temperature and increase blood flow to the muscles you’re working. After that, you decide the exercise sequence you want to use. You might think exercise sequence is unimportant as long as you complete the exercises you set out to do, but that’s not necessarily true. Although exercise order or sequence isn’t as well studied as other training variables like intensity and volume, it’s still a factor that can impact your workout.

Remember, when you do compound exercises that target large muscles, you’re also indirectly working smaller muscles since their part of the chain. That’s why most fitness experts recommend limiting the number of isolation exercises you do unless you’re trying to correct muscle imbalances or work a lagging muscle that’s not developing as well as the others. Every time you do a compound exercise, you’re working large AND small muscle groups.

Does research support the idea that training large muscle groups first leads to greater gains? In one study, researchers asked 17 resistance-trained men to do two workouts consisting of 6 exercises (4 sets of each) at an intensity that led to muscle failure. In one session, they began by working large muscle groups using compound, multi-joint exercises, and in the other, they did single-joint, isolation exercises first.

The results? The men were able to lift a greater volume when they began with compound, multi-joint movements and progressed “downwards” to single-joint exercises. Another important point – researchers in this study concluded that whatever muscle groups you’re trying to develop the most are the ones you should work FIRST. This comes into play when you have a “lagging” muscle group that isn’t growing as quickly as other muscles.

For example, suppose you’re pleased with the strength and size you’ve developed in your glutes and hamstrings, but your calves just won’t seem to grow. In this case, start with an isolation exercise – calf raises – before doing a compound lower body exercise because you want to maximize the number of reps you can do for that particular exercise.

The results? Compared to a control group, both groups of men became stronger but they gained the LEAST strength on the exercises they did at the end of the workout. What does this suggest? Focus on the big, more important muscles first when you structure your workouts to get the most bang for your weight-training buck.

Should You Vary Exercise?

Although it makes sense to work larger muscles groups before smaller muscle groups when your muscles have their highest glycogen stores, if you do this consistently, the muscles you work towards the end of your workouts will consistently get short-changed. One way to avoid this problem is to periodically change the order in which you do the exercises. Changing things up will help you avoid plateaus as well.

Exercise is a training variable most people don’t think about, but it can make a difference in your training, especially if you have muscle groups that are lagging behind in strength and development. If your development and strength are symmetrical, that’s not a concern and you can work large muscle groups using compound exercises first. However, if you do have a muscle group that’s not as strong, move exercises that target that muscle to the front of the sequence so you can work it early when you’re not fatigued. Doing this will help you fine-tune your workout and get better results.

Exercise Order: Does It Matter in What Sequence You Do Resistance-Training Exercises?

5 Reasons You Should Do More Compound Exercises

Do You Need to Do Isolation Exercises?

All of Cathe’s Strength and Toning Workout DVDs