Relax and Skip the Caffeine: 5 Types of Teas That Calm

Relax and Skip the Caffeine: 5 Types of Teas That Calm 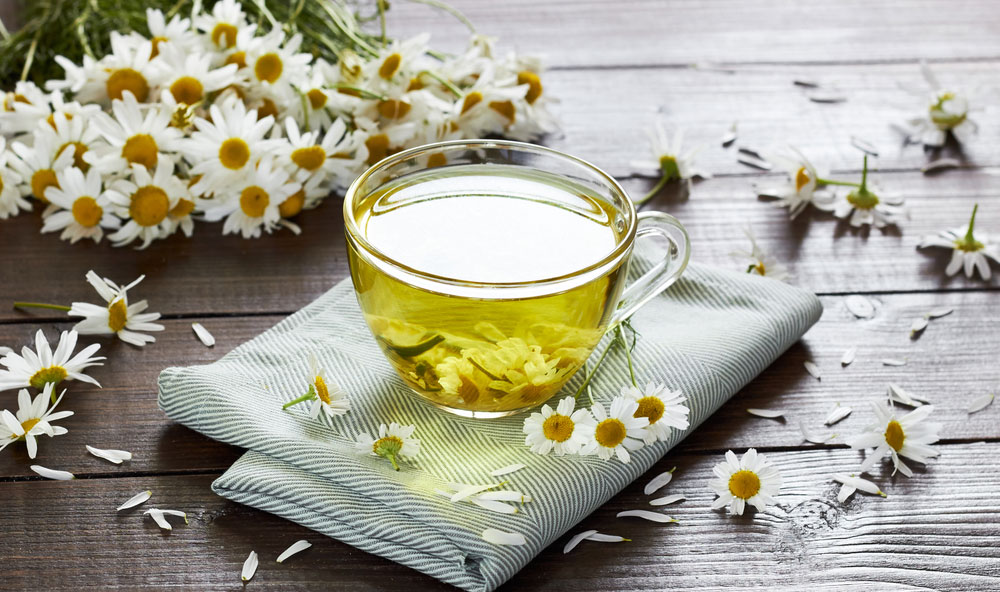 Stress and anxiety are some of the toughest mental health issues to deal with. Whether it’s stress on the job or at home, you’re looking for ways to better deal with day-to-day stressors. You might feel a brief sense of relief when you sip your first cup of coffee in the morning since it’s “me” time and a relaxing ritual you cherish. Caffeine is often seen as a go-to solution for stress. But if you want to feel calmer, caffeine isn’t your best bet.

Start by cutting back on coffee and other high-caffeine sources and replace them with herbal teas and other teas that contain less caffeine than that cup of coffee that gives you jitters. According to small studies, certain types of tea may help tame your body’s stress response. Let’s look at five of the best tea options for reclaiming your calm.

Studies show theanine activates a compound called GABA that calms the brain and nervous system and counters the activating effects of caffeine. The combination of caffeine and theanine gives a relaxed state of alertness that’s better for mental health than a cup of caffeinated coffee.

Look for high-quality green tea from Japan for the highest quantities of theanine. Theanine is an amino acid that contributes to the relaxation and stress reduction properties of green tea. Theanine is involved in the production of GABA, a neurotransmitter that promotes relaxation. Some research has found that it can help prevent stress-related disorders such as depression and anxiety, as well as insomnia.

You’d expect passionflower to make a delicious tisane – and it does. For centuries, people have used it to treat insomnia, liver problems, wounds, boils, and earaches. It may be good for your mental health too. Passionflower contains flavonoids, bioflavonoids, and other antioxidants that may have a calming effect on your nervous system. What does it do for anxiety? An anxiety study in 2017 compared passionflower with midazolam, an anti-anxiety medication. Participants were getting their teeth pulled in the study. Who wouldn’t get a bit anxious about that?

In the study, passionflower was as effective as midazolam at calming dental patients’ nerves. The study used passionflower supplements, so it’s not clear if the benefits would be as dramatic when drinking passionflower tea. However, it has a pleasant taste and is a good substitute for highly caffeinated beverages.

Lavender, like passionflower, has centuries-old uses in traditional medicine. But the plant’s benefits for the mind aren’t limited to flowery scents and the ability to calm a restless child. Lavender may also help reduce anxiety and improve mood. Lavender tea is a popular way to take advantage of lavender’s calming effects. The plant contains three main compounds: linalool, geraniol, and linalyl acetate. These have sedative and anxiolytic effects on the nervous system, and they calm you down.

Years ago, lavender tea was popular as a mild sedative and sleep aid. In fact, it may even be better than some anti-anxiety drugs for calming the mind. Researchers found that lavender capsules eased anxiety as well as lorazepam, and it also makes a delicious cup of tea. These results are based on a 2010 study.

Be cautious though. There are some concerns that lavender may disrupt hormones like estrogen in the body. Talk to your doctor before drinking lavender tea, especially if you have a history of breast, uterus, or prostate cancer.

Chamomile is a delightful herbal tea with a sweet, apple-like aroma. The ancient Egyptians drank chamomile as a treatment for stomach pains, insomnia, and nervous tension, and to honor the gods and embalm the dead. These days, people are more likely to use it to promote sleep.

Chamomile tea’s calming effects may be due to an antioxidant called apigenin, which is abundant in the tea. Apigenin binds to receptors in your brain that can reduce anxiety and help you sleep.

Like most teas, chamomile has few calories and is the ideal beverage to sip at bedtime if you have problems drifting off to sleep. It’s also easy to find at most health food stores and natural markets.

Lemon balm tea can have a calming effect on your nerves and brain. This is because of lemon balm’s anti-anxiety effects. Lemon balm tea also has a pleasant citrus flavor and is easy to find at many health food stores and natural markets.

Is there science to support its benefits? According to a study carried out in 2011, lemon balm tea calms anxiety and improves sleep. In fact, some supplement makers add it to anti-anxiety preparations, along with other ingredients. It’s a delightful tisane to sip too.

If you take medications, talk to your doctor before taking herbal remedies or drinking large quantities of herbal tea. Some herbs don’t play well with medications. But once you’ve gotten your doctor’s okay, these beverages may be a welcome relief from caffeinated beverages that hype you up. They may even help you sleep better at night too.

A Closer Look at the Nutritional and Antioxidant Benefits of Tea

6 Ways to Get More Health Benefits from Green Tea