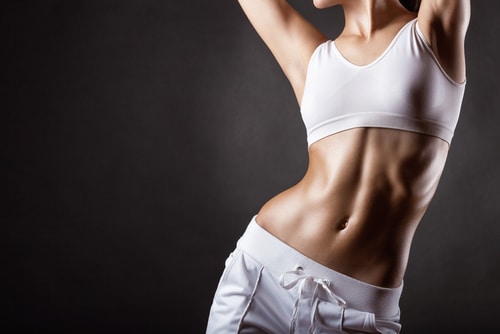 There are lots of reasons to exercise. Regular workouts lower the risk of a number of health problems. Exercise also improves your body composition and even has mood-enhancing benefits. It’s healthy for your body and good for your mind too. Not surprisingly, research also shows exercise has longevity benefits. Now a new study adds insight as to why exercise helps with aging.

The Anti-Aging Benefits of Exercise

Researchers at Aston University in the U.K. recently made a discovery that could partially explain how exercise slows down the aging process and increases longevity. They discovered a link between irisin, a protein released in response to exercise, and longer telomeres.

Why are longer telomeres important? Telomeres are protective caps that cover the ends of chromosomes. As you may already know, chromosomes are made up of DNA, the genetic material that code for proteins that determine how your body functions. Telomeres have the important task of protecting chromosomes from damage as they’re actively dividing. They essentially make your chromosomes more stable and keep them from fraying or unraveling.

As telomeres become shorter with age, they can’t perform their protective function as well. As a result, chromosomes become more unstable causing cells to age and eventually die. Having shorter telomeres has been linked with a number of chronic diseases associated with aging including cancer, heart disease, and Alzheimer’s disease while longer telomeres are associated with longevity.

What does this have to do with exercise? In response to endurance exercise, your muscles release irisin into your bloodstream. As mentioned, Aston University researchers discovered a link between higher irisin levels and longer telomere length. So irisin produced in response to exercise may help to keep your chromosomes or genetic material “young.” There are certainly advantages to that!

Irisin, named after the Greek goddess Iris, is a relatively new discovery. It was first isolated from muscle cells in early 2012. Even at the time of its discovery, researchers were convinced it could somehow explain some of the health benefits of exercise. True to their predictions, they’re gradually uncovering some of the benefits of this “exercise hormone.” For one, they’ve discovered irisin plays a role in brain health. It increases the release of a protein called brain-derived neurotrophic factor (BDNF) that stimulates the growth of new nerve cells. One of the only ways scientists have found to regenerate nerve cells is through BDNF.

Not only does BDNF “grow” new nerve cells it also strengthens existing nerve pathways. BDNF may also be helpful for people who suffer from depression. Depressed people have lower BDNF levels and these levels can be restored with anti-depressant treatment. The effect of exercise on irisin and BDNF may partially explain the mood-elevating effects of exercise and why it helps preserve brain health.

Irisin released from muscle cells through exercise has another benefit. Some research shows it turns jiggly white fat into energy-burning brown fat. What makes brown fat brown? All of the mitochondria inside brown fat cells that release heat because they’re so inefficient. Most people would like to have more metabolically-active brown fat to turn up the heat on their metabolism. One way to get it is to work up a sweat. The other is to cut back the thermostat more. Shivering is another mechanism by which white fat can be converted to brown fat. Since most people don’t want to shiver their way to a higher metabolic rate, exercise may be the best way to turn on brown fat through the power of irisin.

The ways in which exercise improves health continues to grow. One way it may exert its effects is through irisin. Irisin may have the added benefit of being linked with longer telomeres, a characteristic that may prolong life. Exercise HAS been linked with longevity in some studies. According to the National Cancer Institute, regular exercise can prolong life by as much as 4.5 years. Exercise just might be the fountain of youth many people are searching for.

One more thing to keep in mind stress, exposure to free radicals and an unhealthy diet seem to shorten telomeres too. These are factors you have control over to some degree. Think about your telomeres before biting into another sugary snack.

EScience News. “Evidence that shivering and exercise may convert white fat to brown”