Men May Be Stronger but Women Have Greater Muscle Endurance 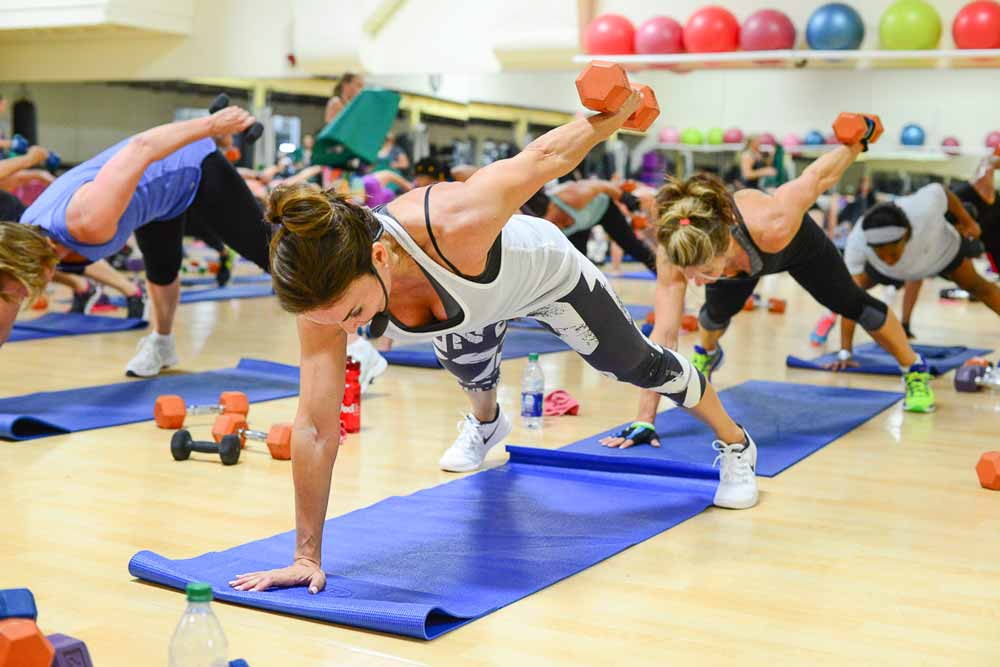 We think of the male gender as having more strength and power. Just picture a bodybuilder flexing his biceps! That’s not surprising since men have more muscle mass and higher levels of the anabolic hormone testosterone. Strength discrepancies between men and women are most pronounced in the upper body where women have around 52% the strength of men, whereas, in the lower body, women have roughly 66% of the strength that a man does. This means a man can usually lift more weight relative to a woman of the same size. Yet, based on studies, women may have a muscular performance advantage over men – females have greater muscle endurance.

Men may have an advantage in that they can lift MORE weight but women may have more muscle stamina and greater resistance to muscle fatigue. In a study carried out at the University of British Columbia, researchers asked men and women to flex their foot against a group of sensors as fast as they could for a total of 200 times. During the test, the researchers recorded their speed and power and monitored the electrical activity of the muscle.

The results? Although the guys did the exercise with more power initially, the women were more fatigue resistant. Their muscles felt less tired at the completion of the exercise relative to the men. This is consistent with other studies showing women are more fatigue resistant and excel during long periods of exercise where they have to repeatedly flex the muscles in the lower body, like running an ultra-marathon. In other words, in some situations, women seem to have greater muscle endurance relative to a man, despite displaying less brute strength.

What’s the difference between muscle strength and endurance and why does it matter? Muscle strength is the absolute amount of weight an individual can lift. You can measure your absolute strength with a one-rep max test. Your one-rep max is the heaviest weight you can lift for a full rep using proper form. Because this is a tricky test to pull off as you’re using a weight that’s hard to handle, some trainers use a predicted one-rep max formula to measure strength. Rather than choosing a weight, you think you can lift only one time, select the heaviest one you think you can lift only 10times (a little more manageable). Once you have your ten-rep max, you can use a chart widely available online to estimate your one-rep max.

So, muscle strength is the maximal force a muscle can develop and we know that men have an advantage in the brute strength department. In contrast, muscle endurance is the ability to lift a sub-maximal amount of weight for a longer period of time. For example, pick up a weight that’s 60% of your one-rep max and do as many reps as you can. If you can do more reps than someone else, you have greater muscle endurance. This applies to holding a weight isometrically as well, for example, holding a barbell at the mid-point of a biceps curl isometrically for as long as you can. The more reps you can complete using a sub-maximal weight or the longer you can hold an isometric contraction, the more muscle endurance you’re exhibiting.

Why do you see these differences? When you work with a large amount of weight, close to your one-rep max, you call into play more fast-twitch muscle fibers, those designed for strength and power. You also tap into anaerobic energy systems as a fuel source since your muscles need energy quickly and aerobic pathways are slow. Since fast-twitch muscle fibers are optimized for strength, they generate lots of force and produce that force quickly. However, they “poop out” fast also and become fatigued. They simply aren’t constructed for stamina and endurance.

Slow and Steady Wins the Race

So, men have an advantage in strength and power sports where the goal is to generate large amounts of force or to generate force quickly. However, women may have an advantage over men for sports where slow-twitch fibers and muscle endurance are important. Because women have muscles that are more resistant to fatigue, they likely have some advantage in sports like an ultra-marathon that involve running very long distances. Plus, research also shows that women are more efficient at mobilizing fat stores and turning them into energy to fuel sustained aerobic exercise relative to men. In contrast, men burn more carbohydrates as fuel during exercise and do it via glycolytic pathways. This makes men better suited for sprinting and women for long periods of sub-maximal exercise where endurance not speed is an asset.

If women are more fatigue resistant, why do men usually have faster marathon times? Men still have a higher V02 max, or aerobic capacity, on average relative to women, so they can deliver more oxygen to muscles during exercise. This wins out in distances of a marathon or less. However, at longer distances, such as ultra-marathon distances, greater muscle stamina, and endurance, as women have becomes more important. That’s why women sometimes outperform men in ultra-distance races.

It’s not that men are more athletic than women, their athletic capabilities are built around strength and power and not endurance. Women have the benefit of having the stamina to sustain exercise longer without becoming fatigued and have greater muscle endurance. Different, but one isn’t necessarily better than the other. It depends on the sport and the objective. So, guys and gals each have their own unique athletic prowess!

The Best Ways to Build Muscle Endurance & Why You Should