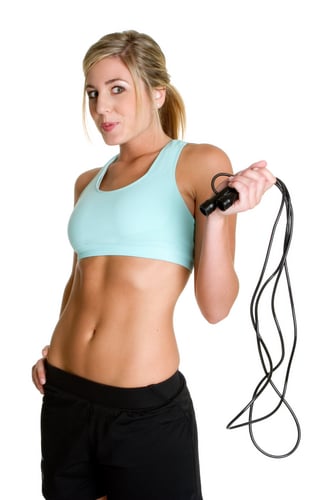 False fat, or excess inflammation and bloating around the midsection, can account for pounds of excess weight many people battle. Proponents of False Fat diets point out many dieters struggle with an extra five or ten pounds of weight – especially around the midsection – not for lack of exercise or overindulgence, but because they’re eating the wrong foods.

Food allergies and sensitivities and the ways they affect a large portion of the population are coming under increasing scrutinization. Although severe allergies to common foods may not necessarily be as widespread, many allergists and health professionals believe wide-spread sensitivities to commonly used foods go unnoticed.

Food sensitivities are often responsible for the accumulation of false fat. The commonly experienced collection of excess fluid around the digestive tract is caused by inflammation. The same types of inflammation can occur when parts of the body are injured externally, and such physical symptoms provide a good clue as to how the body handles commonly allergenic foods.

Dr. Elson Haas, who has written extensively about the issue and wrote the book, The False Fat Diet, hones in on seven foods that are the common culprit for food sensitivities and cause bloating, inflammation, water weight, and swelling. These foods include wheat, sugar, corn, eggs, soy, dairy, and peanuts.

Haas points out wheat, sugar, and corn are particularly problematic because they are so commonly used as additives and fillers in processed foods, which make up a large portion of common diets. Haas claims people who follow his eating plans lose more than excess water weight, finding relief from common issues such as congestion, fatigue, and painful digestive issues. He also maintains some people can be cured of more serious medical problems such as fibromyalgia, diabetes, asthma and attention deficit disorder.

Other False Fat plans also focus heavily on salty and processed foods. Most people consume much more salt than they realize. The majority of salt intake comes from processed foods, not necessarily from a salt shaker, so simply paying attention to food labels and monitoring sodium intake can help shed a great deal of water weight. Cutting back on salt is also a proven method for lowering blood pressure.

Eliminating false fat fits in with many healthy eating plans, as the plans focus on eating whole, unprocessed foods and encourage the identification of potentially allergenic foods. The staples of these diets include lean meats, vegetables, and fruits, whole grains, nuts, and legumes.

A bit of experimentation can also go a long way in helping to eliminate false fat. For example, cutting out only dairy for a week or two and watching for results, then repeating the elimination process for other common trigger foods such as wheat and sugar. Some people who accumulate false fat due to food sensitivities have trouble with most or all of the aforementioned foods while some may only need to eliminate or cut back on one or two.

Is It Belly Fat or Bloating?

Tummy Bloating? It Could Be the Fructose in Your Diet

How to Prevent Bloating After a Meal

5 of the Most Common Digestive Issues Related to Exercise