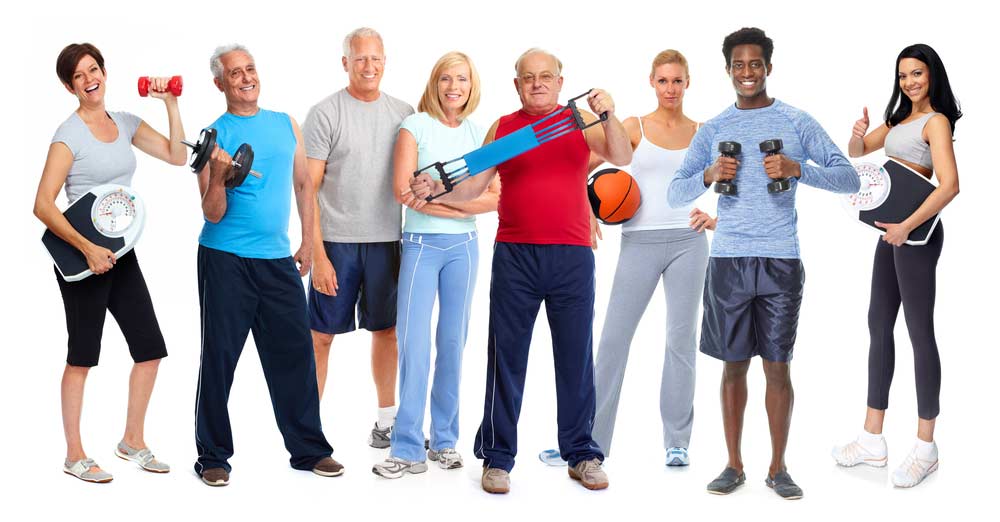 Everyone, regardless of age, needs regular exercise to stay fit, healthy, and functional. Without movement, muscles atrophy and become smaller, weaker, and less capable of doing the things we need them to do resulting in loss of muscle. When we’re young, we naturally move more. But, as time passes, most people become less active and less likely to engage in any form of physical activity, particularly strength training. What’s disturbing is this lack of activity leads to a decrease in muscle quality and size. This is usually followed by a slow and gradual functional decline and an increased risk of falls and injuries.  That’s why it’s so important to start exercising regularly early in life and continue throughout life.

Here’s the good news. Even older people who have not exercised regularly can benefit from strength training. Studies show that it’s never too late to get stronger or more functional. To add to the urgency of weight training as you get older, a new study shows that lack of physical activity takes a greater toll on older muscles than younger ones.

Loss of Muscle – Use It or Lose It

A new study shows that lack of physical activity hits the muscles of the elderly harder than it does younger people. Researchers at the University of Udine and the University of Padova in Italy looked at the muscles of older subjects (age 55-65) who were hospitalized and unable to use their muscles for two weeks and compared them to the muscles of younger individuals (age 18 to 30) who didn’t use their muscles for two weeks. What they found was that the older subjects experienced a greater loss of muscle mass relative to the younger subjects.

What’s more, even after physical therapy to help rehabilitate the muscles, recovery was not complete in the older individuals, and they didn’t regain their full strength and power capabilities. So, inactivity hits older people harder than it does younger folks. That’s why it’s important to challenge your muscles as you get older and not succumb to sustained periods of inactivity. This means avoiding injury too as a serious injury can sideline you to the point that your muscles atrophy. That doesn’t mean you can’t take a few days off, but don’t let a few days turn into weeks or you risk losing a significant portion of your strength and hypertrophy gains.

How and why do muscles age? Like the rest of the body, they accumulate damage over time. Muscle loss begins after the age of 30 but is relatively slow. However, things pick up after the age of 50 when muscle loss accelerates. We lose muscle size, mainly through the loss of fast-twitch muscle fibers, but the loss of muscle quality is a problem too. A muscle can still be of sufficient size yet not be as strong due to changes within the muscle’s architecture and fibers.

In fact, research shows that older muscles have a higher fat content and this fat accumulates due to age and inactivity. Unfortunately, when a muscle accumulates fat, it loses some of its strength and power capabilities. Plus, tiny organelles within the muscle fibers called mitochondria play a role in muscle aging. Over time, these little energy powerhouses become damaged and less efficient at producing ATP, the energy currency of all cells. So, older muscles aren’t as effective at producing ATP to fuel muscle contraction. No wonder older muscles are weaker and less powerful! Plus, mitochondria lose their ability to repair the damage they sustain and are less able to form new mitochondria, a process called biogenesis.

The good news is aerobic exercise boosts mitochondrial biogenesis and this enhances a muscle cell’s ability to produce new ATP-producing mitochondria. (A good thing!) People are less active as they grow older and it’s not clear whether mitochondrial aging is due more to inactivity or the aging process itself. Nevertheless, exercise appears to improve the function of muscle mitochondria even in elderly individuals.

As mentioned, aerobic exercise enhances mitochondrial biogenesis and healthy mitochondria are a key to keeping your muscles youthful. Yet, muscles also need to be stimulated and challenged to boost muscle protein synthesis and promote the growth of new muscle tissue. Muscles are in a constant state of turnover. This is the process by which old muscle fibers break down as new ones are made. When this gets out of balance, muscle breakdown exceeds muscle synthesis, you get a net loss of muscle tissue. In most cases, muscles also become weaker.

To add to the problem of aging muscles, anabolic resistance becomes more common with age.  Anabolic resistance is where muscles don’t respond to anabolic or growth signals as readily as they did when the muscle was younger. This makes it harder to build and retain muscle because the muscles ignore the anabolic signals that tell it to grow. Fortunately, there’s some evidence that anabolic resistance can be reduced through heavy resistance training and consuming more dietary protein, the building blocks of muscle tissue.

Now, you know why it’s so important to move your body and challenge your muscles.

Protect your muscles as you age. What is least healthy for them is to not be challenged. Make sure you’re giving them the daily challenge they need to stay strong, healthy, and functional.

4 Components of Fitness that Are Vital for Healthy Aging

4 Reasons We Lose Strength as We Age

Muscle Hypertrophy: What Limits the Ability of Your Muscles to Grow?

3 Characteristics of Healthy, Youthful Muscle That Change as You Age