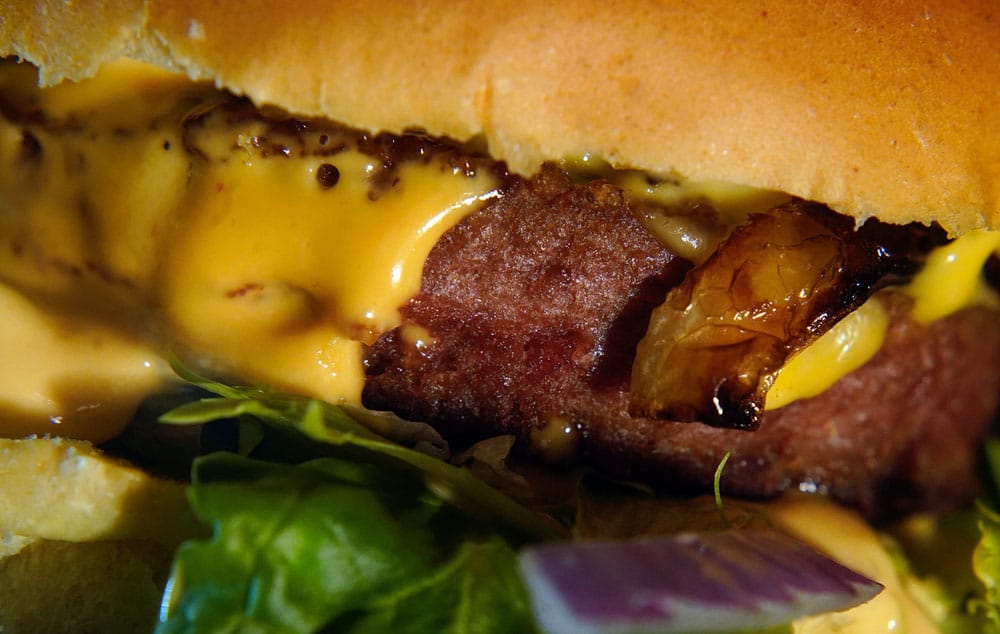 Plant-based eating is a growing trend, thanks to concerns about health, the environment, and animal welfare! Although the rate of veganism and vegetarianism is on the rise, the fastest growth is among people who eat a flexitarian diet, a sort of “part-time” vegetarian diet. Flexitarians strive to get more plant-based foods in their diet but still eat meat. They’re not ready to go completely plant-based but they’d like to get some benefits of doing so.

If there’s a sure sign that the flexitarian movement is growing, it’s the enthusiastic response to the debut of the Impossible Burger, a burger made with plant-based ingredients that actually “bleeds” when you bite into it. After trying the burger, some people couldn’t distinguish it from a hamburger made of beef. So, you can imagine the excitement when Burger King announced it will launch the Impossible Whopper, made with plant-based meat, nationwide by the end of the year. When they tested this plant-friendly burger in St. Louis, the response was so strong that the demand exceeded the supply, leaving the company wondering how they could keep up. Some restaurants already serve this burger, further putting strains on production.

Plant-Based Eating: Does It Lower Mortality?

Why is interest in plant-based eating growing? The evidence for eating more plants is strong and you don’t have to go vegan to get the benefits. This study of over 130,000 people found that replacing only 3% of meat-based calories with plant protein was associated with a lower risk of death. In fact, replacing processed red meat with plant protein was linked with a 34% reduction in mortality, and mortality shrunk by 12% when subjects substituted plants for unprocessed red meat.

Studies also link plant-based diets with a lower risk of chronic health problems. As Harvard Health points out, higher meat consumption, mainly processed meat, lamb, and pork, is associated with a greater risk of heart disease, stroke, and type 2 diabetes. So, replacing some meat with plants is a smart move for health!

But what about burgers like the Impossible Burger and other plant-based meats? How do they stack up from a health and nutrition perspective?

Plant-Based Burgers: What You Should Know

First, let’s look at the Impossible Burger, the burger making the news recently. What’s in it?

Here are the ingredients in the Impossible Burger:

As you can see, the main ingredient is soy protein concentrate, a processed form of soy. The soy leghemoglobin is a protein-rich, plant-based iron that makes the burger “bleed” when you bite into it. People who are trying to avoid genetically modified foods will probably steer clear of the Impossible Burger since soy leghemoglobin is made by mixing soy protein with genetically engineered yeast. Some people will argue that processed soy protein isn’t the healthiest way to get your protein. The burger originally contained wheat protein, but they switched to soy to make the burger gluten-free.

Still, the Impossible Burger is processed and this is the case with many plant-based burgers you find in the frozen case. Most are not made with whole vegetables and legumes but are isolated components of plants and, usually, wheat or soy protein. So, plant-based burgers from the freezer case may be lacking the vitamins, minerals, and phytonutrients you get when you eat vegetables in their whole, unaltered state. Still, eating a plant-based burger, whether processed or not, gives you a break from eating processed meat and red meat, both of which are linked with higher mortality. So, eating an occasional plant-based burger when you’re in a hurry rather than ordering a hamburger at a drive-thru is a way to reduce your meat consumption.

Why Not Make Your Own?

What if you love plant-based burgers but want them to be as healthy as possible? If you have the time, making your own plant-based burgers at home is a good option. When you make them in your own kitchen, you control the ingredients. You can find plant-based burger recipes that combine beans, lentils, cooked whole grains, and a wealth of vegetables. Whip up a batch and freeze what you can’t use right away. You can vary your recipes for variety. The possibilities are endless! Find recipes from sites like Pinterest and modify them, if you’re like, to meet your own tastes.

The Impossible Burger could be the closest thing to a meat-free burger that actually tastes like meat. Enjoy it on occasion, but if you want to maximize the health benefits of a burger, make your own! Nothing tastes better than homemade and you have complete control over what goes into it.

What Type of Protein Keeps You Full the Longest?

Diet and Heart Health: Minerals You Need for a Healthy Heart

4 thoughts on “Is the Impossible Burger and Other Plant-Based Burgers Healthy?”