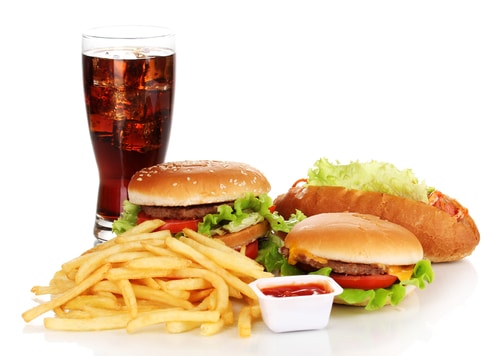 Diet trends come and go. At one time, low-fat diets were the rage. Then low-carb diets made their debut and became the diet of choice for losing weight. After paleo came on the scene, people began taking a caveman’s approach to choosing what to eat and no one can deny that gluten-free is growing in popularity. Dietary approaches come and go, but what about the bigger picture? How has the American diet evolved over the last 40 years? Are we eating healthier – or not? A recent study released called the National Health and Nutrition Examination Surveys or NHANES identified a number of interesting ways dietary habits have changed since the 1970s – not all of them for the better. Here are some of the findings.

We’re becoming a nation of snackers. In the early 1970s, most people sat down to a meal 3 times a day and there was a lot less snacking going on between meals. The average number of times Americans ate in the 1970s was 3.9 times daily, but by 2010, people were eating an average of 5.6 times daily. The majority of Americans now snack 3 or more times a day and are using snacks as a substitute for meals – and the younger generation is taking notice. Kids growing up these days are used to the concept of snacking and will likely grow up to be adult snackers, ensuring this trend will be around for a while. With both mom and dad working these days, there’s less time to prepare full meals and snacking has become a way of life. Some experts believe the obesity epidemic can partially be blamed on the fact that people are eating too often.

How many people snack on healthier fare like fruits and vegetables? Not as many as you think. Most people are getting their snacks from a fast food restaurant or a vending machine. While it’s possible to make your own healthy snacks, how many people are taking the time to do it? Judging by another trend – the rise in pizza consumption – there’s not enough focus on making healthy choices. Not that a pizza with a thin, whole-wheat crust loaded with veggies can’t be part of a healthy diet, but most people are getting their pizza from pizza vendors that focus on volume rather than fresh, healthy ingredients. People aren’t making low-calorie snack choices either based on the fact that energy consumption has been increasing over the last few decades.

Despite the importance of getting 5 to 7 servings of fruits and vegetables a day, vegetable consumption has dropped over the past 30 years from 2.6 servings a day in the 1970s to 1.9 servings by 2008. If that’s not bad enough, the picture may be even bleaker. The survey includes French fries as a vegetable and potatoes are the “veggie” Americans choose most often. Disturbingly, one out of four Americans eat NO veggies on an average day. On the upside, fruit consumption hasn’t dropped over the past few decades, possibly because fruit is easy to carry around making it convenient to snack on.

You might think breakfast would be the meal people skip most often. Not according to the latest survey. Lunch is actually the meal people are most likely to skip. Twenty-percent of people don’t eat lunch compared to 15% who skip breakfast. At least word is getting out that breakfast is the most important meal of the day. But with all the snacking going on, most people make up for the lunches they miss with high-calorie snacks. This isn’t a good trend when it comes to controlling body fat. People who skip meals tend to snack more and make less healthy snack choices than those who eat three times a day.

Despite the emphasis on eating more fruits and vegetables and replacing white flour with whole wheat in the American diet, not everyone is jumping on board. On the plus side, a growing segment of the population wants to know what’s in their food and where it comes from. That’s why natural food markets and local Farmer’s markets are gaining popularity. There’s also a growing interest in vegetarian and vegan diets. Although only 3.2% of Americans follow a vegetarian diet – about 10% say they follow a diet centered mostly around plant foods. Hopefully, some of these trends will continue to gain ground and people will at least choose healthier snacks.

FoodNavigator-USA.com. “The American Diet: One Continuous Snack? And Why More People Skip Lunch Than Breakfast”

Nutritional Habits: Are Snacks Taking the Place of Meals?

The Metabolic Effects of Snacking