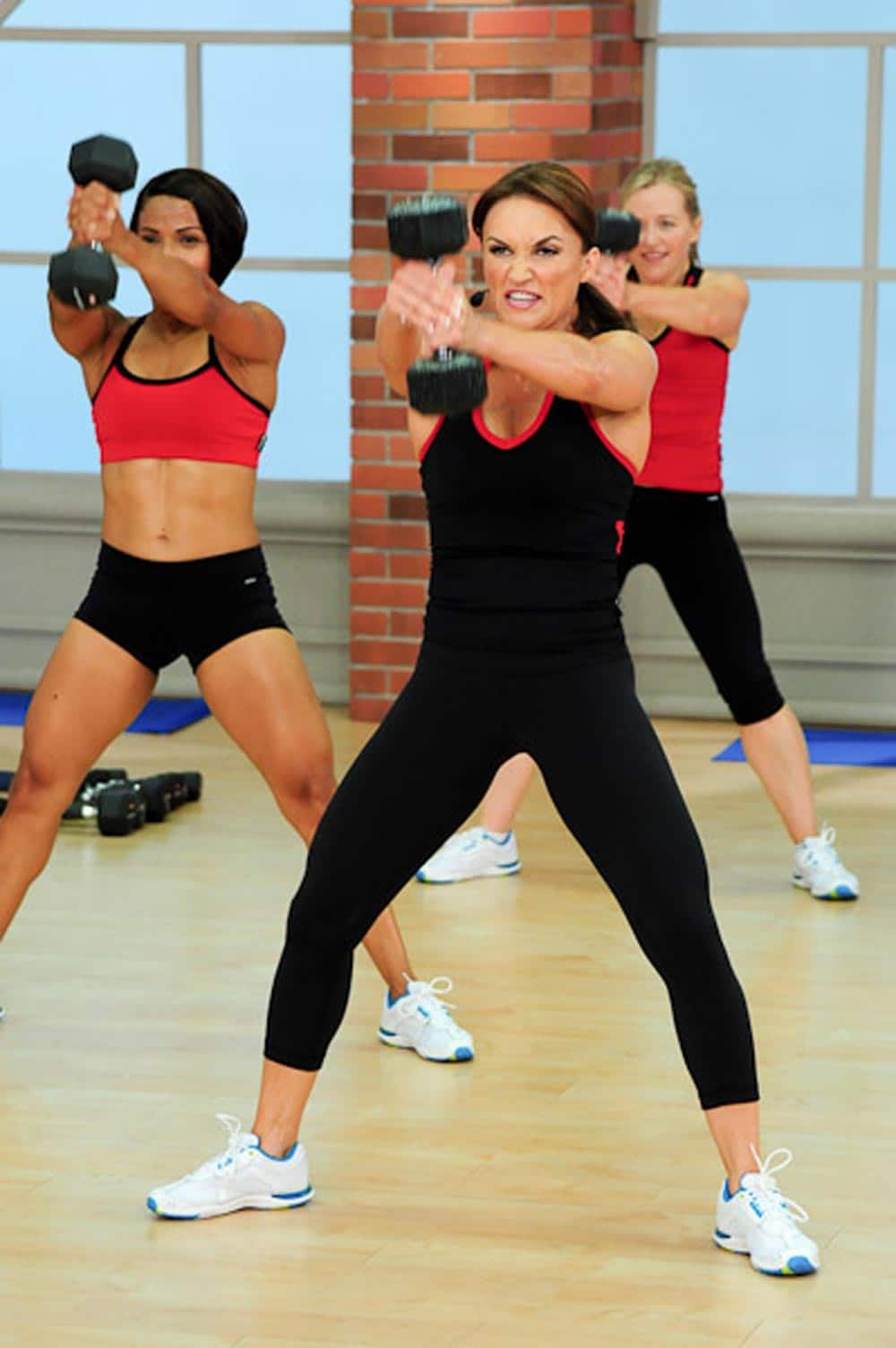 Who doesn’t love burning extra calories and having that uptick in calorie burn continue after a workout is over? Past research shows that vigorous workouts that tap into anaerobic energy systems and high-intensity strength training elicit more of an afterburn than moderate-intensity exercise where you don’t exert near-maximal effort. Studies show that heavy, strength-training workouts are particularly effective at creating an after-burn.

What is an afterburn, anyway? It’s a term used to describe a phenomenon called excess post-exercise oxygen consumption or EPOC. EPOC simply means that when your body has to work at an intense level, it has to expend more energy (and calories) to recover. For example, if you take a leisurely walk, your muscles work a bit harder. But, at a low to moderate exercise intensity, your muscles use primarily oxygen as a fuel source. However, if you pick up the pace and sprint as hard as you can, your body is forced to use anaerobic energy systems to supply enough fuel to keep you sprinting. After a short time, you would be tapped out, lactate would build up, and you’d have to rest.

After such a vigorous sprint, your body has to expend energy to recover. Your temperature has to come down, you have to clear excess lactate, the pH of your blood has to normalize, your muscles have to replenish ATP, and cellular processes have to return to their baseline level of activity. So, you breathe harder, sweat more, and, behind the scenes, cells work harder too. All of this activity means you expend more energy and burn more calories after an intense workout. The same happens when you lift heavy weights to the point of near failure.

The Degree of Afterburn Varies with the Type of Workout

Certain types of strength-training exercises elicit more of an after-burn than others. You can expect a more pronounced after-burn when you do strength-training routine that emphasizes compound exercises, those that work more than one muscle group at a time, particularly if you focus on exercises that work the large muscles in the lower body. Think deadlifts and squats using heavy resistance.

But, is the afterburn or EPOC substantial enough to merit all the hype? You may have heard that workouts that create a stronger after-burn boost your resting metabolism for up to several days. Is that possible or is the idea of a long-lasting afterburn overstated?

In one study, women who did a strength-training session that lasted 100 minutes experienced a 4.2% boost in their resting metabolic rate that lasted for 16 hours after a session. Although they experienced a bump up in their metabolism for a full 16 hours after the workout, the additional calories they burned wasn’t particularly impressive. It was about 60 calories above baseline. Plus, this was a fairly long training session for such a modest boost in resting metabolism.

Some studies show a greater afterburn in response to vigorous exercise. In a study carried out by the National Institute of Occupation Health in Norway, researchers asked cyclists to cycle at various exercise intensities for 80 minutes. The highest intensity cycling (at 75% of V02 max) led to the greatest afterburn. This group experienced a metabolic boost that lasted 10.5 hours. During that time, they burned an extra 150 calories.

Tapping into Anaerobic Energy Pathways Leads to a Greater Afterburn

So, the afterburn effect is modest. Yet, you have to take into account the fact that you might do 2 or 3 of these sessions weekly and the extra calories you burn afterward adds up. Plus, there is some variation in the degree of afterburn depending upon how heavy you lift and the length of your rest periods between sets. To get a significant afterburn, you typically have to work hard enough to tap into anaerobic pathways for energy production.

So, high-intensity interval training, sprinting and heavy resistance workouts bring about the greatest afterburn. Intensity is more important than duration, although a long moderate-intensity workout will lead to a greater afterburn than a shorter one. There appears to be a threshold level of intensity, irrespective of duration, that will cause a measurable afterburn. For example, taking a leisurely stroll even if it lasts several hours won’t lead to a significant afterburn effect.

Studies also suggest that heavy strength training creates more of an afterburn than lifting lighter weights circuit style, although you can boost the EPOC to some degree by shortening the rest periods between exercises.

Other Factors That Impact Afterburn

Studies suggest that untrained individuals have a greater afterburn response than trained athletes when exercise intensity and duration are held constant. This makes sense since a given workout will place more stress on the body of an untrained individual than one who accustomed to training hard or long. Also, some studies suggest that interval training where you increase the intensity of exercise for defined periods of time boosts the afterburn more than steady-state continuous exercise.

It’s not clear whether men experience a greater EPOC, or afterburn, relative to women, but studies suggest that where a woman is in her menstrual cycle may have an impact on EPOC. For example, the afterburn effect appears to be stronger during the second half of a woman’s menstrual cycle as opposed to before mid-cycle.

The afterburn may not be as pronounced as some fitness ads would have you believe, but intense exercise does transiently boost your resting metabolic rate and that effect can last for 16 hours. What’s more, some studies suggest it may last even longer. However, the total additional calories you burn isn’t enormous. Yet, if you do intense workouts several times per week, the additional calorie burn becomes more substantial. Heavier weights, shorter rest periods, and interval training add up to a greater afterburn. But, don’t forget that your body needs a longer recovery period after a more intense workout. So, don’t do them too often. Also, vary the types of high-intensity workouts you do, so you don’t overstress the same muscles.

Does Strength-Training Really Boost Your Metabolism?