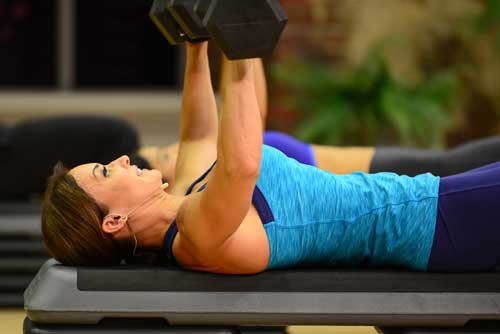 At some point during your resistance training career, you’ve probably experienced it – muscles so sore you could barely bend down to pick something up. This phenomenon called delayed-onset muscle soreness, or DOMS, happens when you stress your muscles more than they’re accustomed to. DOMS is usually most profound when you first begin training with weights or after you haven’t lifted for a while, but it can happen anytime you push yourself harder than usual. After you’ve trained for a while and experience that old, familiar feeling of stiff, achy muscles, you might wonder whether the extra soreness you’re feeling is a good indication of future gains. Is DOMS correlated with muscle growth?

First, let’s shatter some misconceptions about DOMS. At one time, people believed delayed-onset muscle soreness was caused by the build-up of lactic acid in muscles. This doesn’t appear to be the case, primarily because lactic acid is flushed out of the muscles within an hour of a workout, and you often don’t feel the effects of DOMS until at least 8 hours after a workout. The discomfort usually peaks within 24 to 48 hours, although you may feel some soreness for up to 7 days.

What more likely causes DOMS is micro-trauma to muscle fibers along with the formation of microscopic tears in the muscle fibers due to the stress of training. Eccentric contractions, when a muscle elongates under tension, as in lowering weights or running downhill, is the primary stimulus for micro-trauma and DOMS, although you can experience a lesser degree of DOMS after concentric dominant exercise as well. So, if you suddenly decide to do a super-slow training session where you emphasize the eccentric phase of an exercise, expect to feel sore! Once micro-damage to muscle fibers has taken place, a variety of inflammatory chemicals called cytokines are released that elicit the sensation of pain.

Is DOMS a Predictor of Muscle Growth?

It may not be accurate to use muscle soreness, or DOMS, as a marker for future muscle growth. Research looking at links between muscle soreness and muscle hypertrophy hasn’t shown a strong correlation between the degree of muscle soreness and muscle hypertrophy, although muscle damage is clearly a stimulus for muscle growth. Muscle damage activates satellite cells on the outside of muscle fibers, causing them to fuse with pre-existing muscle fibers to increase the number of myofibrils or contractile units inside the muscle fibers. Satellite cells are supported by a number of growth factors and hormones like growth hormone and insulin, which further stimulates hypertrophy. So microscopic damage to muscle fibers IS a stimulus for muscle growth, but what’s less clear is whether it’s a NECESSARY one. A study published in the Journal of Experimental Biology calls this into question.

In this study, two groups of participants took part in an 11-week training session using high-force, eccentric movements with the total workload being the same. One group had been pre-trained with an initial exercise bout prior to the start of training, while the other group was “naïve” with no prior training to protect them against DOMS.

As expected the naïve, untrained group experienced significant DOMS along with an increase in markers for muscle damage, while the pre-trained group didn’t. Despite the lack of muscle soreness in the second group, both groups of participants experienced similar increases in size and strength, suggesting it’s the total work performed that matters for muscle growth.

As the researchers in this study quote:

“Although damage can be a common manifestation of eccentric exercise, if the magnitude of the force is increased gradually and progressively, muscles adapt to any pattern of use, including high eccentric forces, with no detectable muscle injury response”

So, muscle damage and inflammation, as measured by inflammatory markers, may not be mandatory for muscle growth. Based on this study, muscle hypertrophy can happen in the absence of symptomatic muscle damage. So, just because you’re not sore doesn’t mean your muscles aren’t growing.

Don’t forget that working your muscles so hard that you can’t move them the next day can make it harder to train for up to 5 days afterward and when you try to train with sore muscles your risk for injury goes up.

DOMS is a Subjective Phenomenon

Each of us has a different tolerance to pain. What feels “sore” for one person may be quite different for someone else. Genetics and factors like mental state, fatigue level and how “healthy” your muscles and tendons all influence pain tolerance. So, you can’t really use muscle soreness as a marker for muscle damage since it’s so subjective. Not experiencing DOMS doesn’t necessarily mean you haven’t worked hard enough or damaged your muscle fibers enough to promote growth. It’s also not clear whether you need symptomatic muscle damage to trigger muscle hypertrophy. The whole idea of “no pain, no gain,” may be a fallacy after all.

What you can say if you feel unusually sore after a workout is you’ve worked your muscles in a way they’re unaccustomed to. That, in and of itself, can be the impetus for muscle growth. That’s why variety is an important element of your training routine. Introducing fresh moves and changing the training variables can help you avoid reaching a plateau where your muscle growth becomes stagnant.

Don’t like the discomfort of DOMS? Here’s the good news. You develop some resistance to DOMS when you weight train on a regular basis as your muscles adapt to continually being stimulated. No one knows exactly how this adaptation takes place, whether it’s due to structural changes in the muscle itself, cellular changes or brain adaptations to the repeated stimulus of training, but the more physically fit you are, in general, the greater the stimulus it takes to make you feel sore the next day.