Is Exercise Linked with Greater Happiness?

Is Exercise Linked with Greater Happiness? 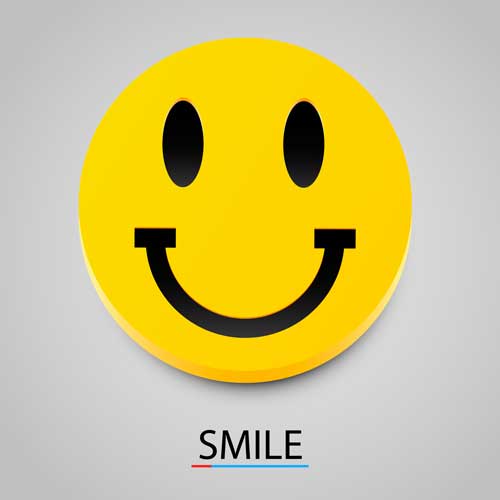 Exercise does many positive things for your body from a physical standpoint. It wards off many of the effects of aging, like loss of bone density and muscle mass, it lowers your risk for health problems, and, let’s not forget, it makes you LOOK better too. But what about the mental aspects of exercise? Can exercise actually make you a happier person?

At least for some people, finding time to exercise when you have a long list of other things you need to do can make you feel a little grouchy, but then, lo and behold, you start working out, blood and oxygen begin pumping to all parts of your body, your body temperature rises, and you start to feel pretty good, even better than before you started. If you’re like many people, those good feelings persist even after your workout is over – but what about longer term? Does exercise give you a leg-up on happiness even when you’re not working out?

Will Regular Physical Activity Make You a Happier Person?

While it’s hard to design a study that measures “happiness” in relation to exercise, a number of studies show exercise helps relieve depression, the antithesis of happiness. Research even shows exercise is an effective treatment for mild to moderate depression, equivalent to some anti-depressant medications. Unfortunately, it’s a treatment that’s not used often enough, possibly because it’s hard to get people who are depressed motivated enough to exercise. That’s a shame since it seems to be effective for relieving symptoms of depression in both men and women.

What might the link between exercise and happiness be? You often hear that exercise stimulates the release of “feel good” chemicals called endorphins, natural chemicals linked with the “runner’s high.” Endorphins have an effect on the brain much like morphine. In fact, endorphins help deaden the sensation of pain, and in some people even induce a feeling of euphoria. No wonder some people say they’re addicted to exercise!

On the other hand, endorphins don’t hang around indefinitely and once your body has broken them down, does the happiness fade? Not necessarily. A study carried out at Penn State followed the activities of 190 healthy college students. Researchers asked the students to keep a journal of their physical activity and how they felt from a mental standpoint – were they stressed out, happy, etc. They also asked the participants to write down how much and how well they slept each night. The bottom line was the students experienced a temporary boost in mood after a workout, but they also enjoyed longer-term improvements in well-being when they were physically active on a consistent basis.

So, if you want a temporary boost in your mood, go do a 15 minute or more workout but if you want longer-term improvements in mood, exercise on a regular basis. In other words, make it a habit!

There’s more evidence that people who exercise are happier. A study published in the Journal of Economic Psychology showed individuals who have access to sports facilities where they can exercise feel more satisfied with their lives. Yet another study published in Preventive Medicine that looked at levels of physical activity in more than 8,000 men and women found higher levels of physical activity were associated with a greater degree of satisfaction and happiness.

Based on these findings, it seems the mood-elevating effects of exercise extend beyond the short-term release of “happiness” chemicals like endorphins. The degree of happiness and satisfaction we feel is partially mediated by chemicals produced in the brain, particularly dopamine and serotonin. Dopamine is sometimes referred to as the “reward brain chemical” because it’s released in response to pleasurable pursuits whereas serotonin might best be described as the “self-esteem brain chemical” because it makes us feel good about ourselves. Exercise increases the levels of precursors or building blocks that the brain uses to make these mood-altering chemicals. Aerobic exercise appears to be best for boosting serotonin, although relaxational exercise like yoga does too.

Other Ways Exercise Contributes to Happiness

Exercise, in moderation, improves overall health – of course, you knew that. That’s important since, in general, healthy people feel happier. There’s not necessarily a one to one correlation between health and happiness but it’s certainly easier to be happy when you’re in good health. Plus, physical activity improves our ability to handle stress and good coping skills help us handle adversity without becoming depressed or anxious.

Yet another way exercise may breed happiness is by boosting self-esteem. As you know, working out makes you stronger, powerful, and physically more capable, and having a strong self-esteem is a stepping stone towards happiness.  Although aerobic exercise is the form of exercise that stimulates endorphin release, resistance training has its place too. Building strength is a powerful way to boost self-esteem.

Staying physically active is no guarantee of happiness, but research does show exercise helps with factors that impact our sense of well-being like self-esteem and whether we feel anxious or depressed. Plus, for many people, exercise offers a short-term “pick-me-up” in response to increased production of endorphins. You might feel exhausted after a workout, but rarely does physically activity make you feel worse from a mental standpoint. It usually makes you feel better!

In reality, exercise is good for your brain in every respect – it enhances cognitive function, helps your brain age better, and relieves stress. Who can argue with those benefits?

Exercise. How Stuff Works. “Is There a Link Between Exercise and Happiness?”

Psychology Today. “The Neurochemicals of Happiness”