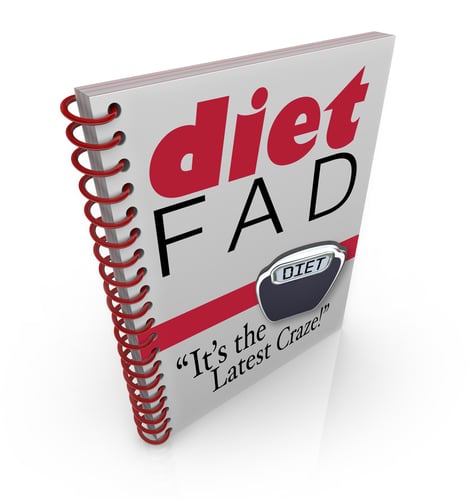 Significantly cutting back on calories may sound like a good way to speed up weight loss. After all, you give your body less fuel and it’s forced to break down more fat. Unfortunately, your body is smarter than that. It has ways of adapting to calorie restriction by slowing down your metabolic rate. This is a mechanism your body uses to prevent starvation. Your body doesn’t know you’re trying to lose body fat – it only knows you’re not supplying it with enough food and goes into self-protection mode.

According to a study published in PLOS One, calorie restriction triggers metabolic AND behavioral adaptations that make it harder to lose body fat. When you restrict calories excessively, not only does it reduce resting your basal metabolic rate, it changes your behavior. In other words, you move around less to conserve energy. This is something that usually happens without your conscious awareness. For example, you may fidget and move around less without being aware of it.

Fidgeting is an example of NEAT, non-exercise activity thermogenesis. These are the activities you do, like fidgeting, changes in posture, stretching, pacing around, when you’re not doing a structured workout. It turns out that NEAT is a significant contributor to energy expenditure.

Thyroid hormones are the master regulator of your metabolism. When you cut back too much on calories, levels of T3, the most active form of thyroid hormone, drops. It’s T3 that primarily controls your metabolic rate. In cases of extreme calorie restriction, T3 is converted to reverse T3, a form of T3 that’s inactive. Reverse T3 blocks thyroid hormone receptors and keeps T3 from exerting its benefits. The result is a slow-down in your metabolic rate to conserve energy.

Low-calorie dieting imposes significant stress on your body. Research shows this stress increases levels of the stress hormone, cortisol. Cortisol has a variety of negative effects. It depresses your immune system and makes it more difficult to sleep. It also causes undesirable changes in body composition. High cortisol levels are linked with fat redistribution to the waistline and tummy.

People who have the eating disorder anorexia often develop an increasing girth due to tummy fat, despite weight loss elsewhere. This is due to higher cortisol levels. Plus, cortisol increases the breakdown of lean body mass. That indirectly hurts your metabolism longer term since muscle is more metabolically active.

The other way excessive calorie restriction backfires on you is by making you hungry. For one, the rise in cortisol boosts your appetite for carby foods. Other appetite hormones like leptin and ghrelin are affected by calorie restriction too. Leptin not only turns off your appetite – it boosts your metabolic rate, and leptin levels drop when you cut back on calories. It’s your body’s way of motivating you to supply it with more energy.

Here are some guidelines for losing weight without harming your metabolism:

Cut calories back by no more than 500 calories a day when you’re trying to lose weight. Indulge in a weekly cheat meal that’s higher in calories to boost leptin levels and stimulate your metabolism. Don’t try to lose weight quickly – no more than one to two pounds per week.

Make sure you’re getting adequate carbs from whole food sources. When you restrict calories and carbs, it increases cortisol release and lowers T3 levels. Carbohydrates have a protein-sparing effect that helps you hang onto lean body mass when restricting calories.

Journal of Clinical Endocrinology and Metabolism. Vol. 84. No. 1.