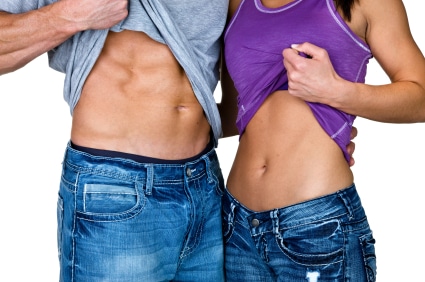 Most people realize that eating too many chocolate cookies and spending too much time on the couch can make you fat. Fewer people understand the connection between stress and body, especially belly fat. One explanation for how stress boosts increases belly fat is by increasing levels of the stress hormone cortisol. But cortisol isn’t the only hormone involved in obesity and belly fat.

Stress and Belly Fat: The Role of Cortisol and Other Hormones

Cortisol is a hormone released by the adrenal gland during times of stress in response to emotional stress, sleep deprivation or starvation. Cortisol causes the breakdown of muscle tissue and increases belly fat. Obviously, you don’t want high levels of cortisol circulating in your blood if you want to look buff in a swimsuit.

But cortisol isn’t the hormone that contributes to obesity and belly fat. Several respectable studies published in major medical journals show that women who are obese have lower rather than higher levels of cortisol. How can you explain that?

It’s the Relative Amount of Cortisol That Matters

To make matters more complicated, insulin is released along with cortisol during periods of stress. Insulin and cortisol both alter the action of an enzyme called lipoprotein lipase, which contributes to fat storage around the tummy This causes a plumper belly and waistline and skinnier arms and legs due to muscle breakdown from the excess cortisol.

Learn techniques for managing stress such as meditation or yoga.
Get at least 7 hours of sleep a night.
Keep exercise sessions to less than 45 minutes at a time.
Don’t deprive yourself of healthy carbs. Cortisol release is triggered by low glycogen stores.
Eat a clean diet that contains an appropriate number of calories. No starvation diets.

To maximize your growth hormone levels:

Why Belly Fat is So Hard to Get Rid Of

What Impact Does Exercise Intensity Have on Abdominal Fat Loss?

Does Stress Make It Harder to Lose Body Fat?

When Being Normal Weight is Unhealthy

Why You’re Lean but Still Have Too Much Belly Fat

6 thoughts on “How Stress Contributes to Belly Fat”