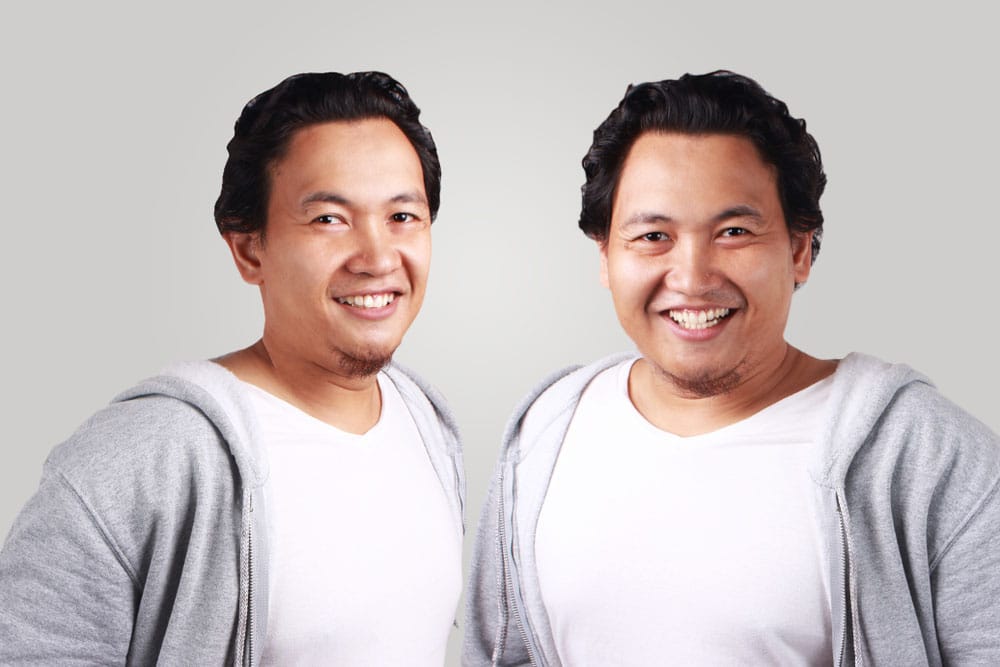 No doubt about it. Genes carry important information, data that determines whether we have blue eyes or brown and whether we’re at higher risk of certain health problems. So, it’s not a stretch to say that genes influence characteristics that determine how fit and athletic we can become and whether we naturally excel at certain sports… But how much has science looked at this issue and what conclusions have they reached?  Is athletic success and fitness mostly in your genes or is it more a product of training?

To look at the role genetics play in human fitness, researchers at San Francisco State University studied a pair of 52-year-old identical twins. Although each was similar genetically, they chose to pursue different professions. One became a track coach, runner, and participated in triathlons. The other took a more relaxed approach. Rather than running and participating in triathlons, he became a truck driver, an occupation where you sit most of the time. Because the twins have almost identical genes but completely different lifestyles, it’s a chance to ferret out the impact of genetics versus environment on fitness and health.

The researchers measured various markers of health and fitness on the two twins, including markers of pulmonary and cardiovascular health as well as indicators of fitness, such as muscle strength, size, power, and endurance. The differences between the two twins were substantial. The sedentary, truck driving twin had less favorable markers of cardiovascular health. He had higher blood pressure, a faster resting heart rate, higher blood glucose, and a less favorable lipid profile compared to the twin who ran. What’s more, the running twin had a much greater V02 max, a marker of aerobic fitness. One surprise was that the truck driver had stronger leg muscles. This is probably because the runner didn’t strength train, as running was his primary form of exercise.

The active twin had a lower biological age as well. Although he was 52 years old, his biological age, based on the parameters the researchers measured, was closer to 30 years old. A big difference considering twins have the same genetics. It clearly shows the impact of lifestyle!

Depending on the sport or activity, a certain body type or trait may be desirable for one sport as opposed to another. For example, good runners can benefit from having a high V02 max and a lean body type. Distance runners would also best be served by having a higher ratio of slow-twitch muscle fibers to fast-twitch ones since the slow-twitch are linked with greater endurance. In contrast, a sprinter, power athlete, or bodybuilder, would benefit from having a mesomorphic build and a higher ratio of fast-twitch muscle fibers to slow-twitch ones to maximize strength and power.

However, there are other factors that impact athletic performance and fitness as well. For example, susceptibility to injury and anatomy are factors. A large frame boosts the capacity to build muscle, and pelvic width impacts running speed. Joint laxity is an issue as well. Greater joint laxity enhances flexibility, although too much joint laxity can be a risk factor for injury as well. In some sports, height is a factor. For example, most star basketball players are over a certain height, whereas gymnasts are often short.

As you can see, genetic factors that influence height, body build, joints, ligaments, tendons, and muscle fiber ratios directly impact a person’s potential to advance in a particular sport or the ability to become stronger or run faster. But, as the San Francisco State University study shows, lifestyle plays a major role in how fit a person is. Two people with the same genes who lead widely different lifestyles may not have the same fitness level and may have very different health outcomes.

All in all, experts believe that aerobic fitness is about 50% genetics and 50% training and percentages are roughly the same for strength capabilities. But even a person with lower genetic potential can become stronger, faster, or develop more stamina through training. The key is to have the commitment and motivation to do so. But there is enough of a genetic component to fitness that someone with low genetic potential probably won’t be able to compete on a national level.

Therefore, there is a wide range of responses to aerobic training. However, even subjects who don’t improve their aerobic capacity in response to training get other health benefits. For example, exercise can modestly lower blood pressure and blood sugar and improve mood. So, even if you’re a low responder, you still get a pay off when you exercise regularly.

Genetics does play a role in the response you get to exercise training, but training and motivation are still major factors. Plus, some people are better suited for building strength while others are more suited to endurance sports. Still, with motivation and training, you can become better at any fitness endeavor. Most importantly, exercise improves your health and that’s the most important thing of all.

Can You Change the Ratio of Muscle Fibers You Have Through Training?

All About Fast-Twitch and Slow-Twitch Muscle Fibers

Muscle Fiber Composition: Are You a Fast-Twitcher or a Slow-Twitcher? Here’s How to Find Out

Is Athletic Talent Born or Made?

What Your Hands Say About How Athletic You Are

Do Better Quality Mitochondria Give You an Athletic Advantage?

One thought on “How Much Do Genetics Impact Fitness and Athletic Performance?”