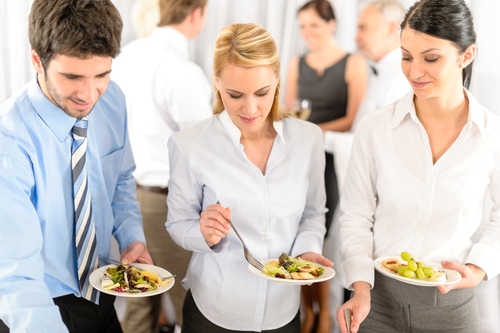 Chocolate, French fries, ice cream, cookies, and salty snacks are all foods that people crave. Food cravings are distinct from hunger. Hunger is a physical need for food usually triggered by fluctuations in hormones like ghrelin and leptin. Cravings, on the other hand, are more of a psychological phenomenon. You can crave a certain food even after you’ve eaten a large meal, and cravings can happen in the absence of hunger. Both men and women experience cravings, but there are differences in the way the two sexes deal with these cravings and what triggers them.

Food Cravings: How They Differ Between the Sexes

Men also have cravings for different types of foods. Women reach for chocolate, ice cream or other sugary snacks, while men reach for saltier or higher protein foods when they experience cravings. Men are less likely to fantasize about nibbling on chocolate bars and doughnuts and more about munching on popcorn or pretzels or biting into a steak.

Men also crave more elaborate fare like mashed potatoes or macaroni and cheese, possibly because these are dishes their mother made for them during childhood. Women, on the other hand, are more likely to crave sweet items that don’t have to be prepared like chocolate, cookies and ice cream.

Why Do Women Crave Chocolate?

Nibbling on chocolate may have some therapeutic benefits for treating a “bad mood.” Chocolate stimulates the release of brain endorphins that have a mood elevating effect, although recent research suggests these benefits may be short-lived. It also contains a mood-lifting chemical called phenylethylamine and a compound called anandamide that binds to the same receptors in the brain that THC in marijuana does, although much of it is broken down before it can reach the brain, explaining why chocolate doesn’t give you a real “high.”

All in all, chocolate has a positive effect on mood, at least in the short-term, and since women crave chocolate when they’re stressed or feeling down, this may give them a temporary “lift.” But their mood could come crashing down as the sugar in chocolate stimulates rapid fluctuations in blood sugar. That’s also true of other sugary treats that women crave and sometimes indulge in when they’re feeling stressed.

Research shows that women are twice as likely to have food cravings as men. The reason? One explanation may be hormonal fluctuations since women are more likely to crave certain foods at certain times in their cycle and during pregnancy. Food cravings are also more common among people who diet or restrict calories too much and women are more likely to fall into this category due to the ongoing pressure to stay thin. Another possible reason women crave carby foods is to supply them with a quick “energy fix” when they’re tired or stressed.

How to Tame Food Cravings

You’re more likely to experience cravings if you’re not consuming enough calories or skipping meals. Eating a diet high in processed carbs can also trigger food cravings by creating rapid fluctuations in blood sugar levels. Eating small meals every three or four hours that include a source of protein and fiber-rich carbs help to keep cravings for sweet foods in check. Finding better ways to deal with stress also helps since food cravings in women are often stress-related. Sleep, at least seven hours a night, keeps hormones like ghrelin and cortisol that are linked with carbohydrate cravings under control.

Food cravings are more common in women, but men get them too. Men are more likely to crave certain foods when things are going well in their life while women crave when they’re stressed. There won’t be a fight for the chocolate since men typically crave salt and protein over sugar and macaroni and cheese or steak over a doughnut. Fortunately, there are things that both sexes can do to keep cravings under control.

Do Gut Bacteria Cause You to Crave Certain Foods?