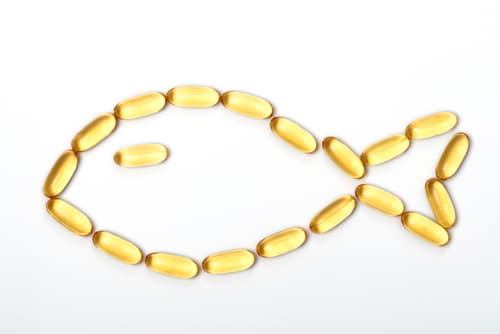 Some people get their omega-3s by eating fatty fish while others choose to take a fish oil supplement. Now there’s another omega-3 alternative – krill oil. Unlike fish oil that comes from fatty fish, krill oil comes from tiny crustaceans that look a little like shrimp. These sea-dwelling creatures make their home at the bottom of the ocean where they feed on phytoplankton. Krill oil is extracted from these small, bottom-feeding ocean dwellers and made into supplements, much like fish oil is made from fatty fish. This raises a question. Is krill oil a better choice than fish oil from a health standpoint?

There Are Different Types of Omega-3s

If you enjoy the taste of fish, you can always get your omega-3s from sources like wild Alaskan salmon and small fatty fish like sardines and anchovies that are low in the food chain. Fish that are lower in the food chain are unlikely to accumulate significant amounts of mercury or toxins. Some people also recommend getting omega-3s from non-fish sources like walnuts, flaxseed and sesame seeds. These foods are a source of omega-3s but of a different type. They’re short-chain omega-3s that don’t necessarily have the same health benefits as long-chain ones.

Here-in lies a problem. Only a small percentage of short-chain omega-3s are converted by your body to the more beneficial long-chain ones. That’s why fatty fish is a more reliable source of beneficial omega-3s. Long-chain omega-3s are structures called DHA and EPA whereas the short-chain ones in flaxseed and walnuts are alpha-linolenic acid or ALA.

The Omega-3s in Krill Oil

Like fatty fish and fish oil, krill oil is a good source of the long-chain omega-3s, DHA and EPA, the most beneficial form based on current research. Krill oil also has two components that fish oil doesn’t. Krill oil is a good source of astaxanthin, an antioxidant that may offer additional health benefits. Unlike many antioxidants, astaxanthin can cross the blood-brain barrier where it may protect the brain and eye from oxidative damage. Plus, the omega-3s in krill oil are bound to phospholipids. This may affect their absorption and bio-availability, making your body more or less able to use them.

Research isn’t clear on whether krill oil or fish oil is more bioavailable. Some research shows your body can better absorb and use krill oil than fish oil while others show the opposite. Based on the current research, it doesn’t appear there’s an enormous difference between the two in terms of bioavailability. Both krill oil and fish oil have long-chain omega-3s that are in a form your body can use.

How Much EPA and DHA are in Each?

When you read bottles of krill oil and fish oil supplements, it should list the amount of EPA and DHA per 1,000-milligram capsule. Add these together to get the total amount of omega-3s per 1,000 milligrams. If you compare fish oil and krill oil supplements, you’ll see that fish oil usually has higher concentrations of omega-3s per capsule. So, you’re getting more omega-3s in each capsule with fish oil in most cases.

Fish oil has been the focus of more research than krill oil because it’s been around longer. One study published in the journal Alternative Medicine Reviews did show that krill oil was more effective for lowering cholesterol and triglycerides than fish oil, but this study was sponsored by a krill oil maker. This raises questions about its credibility. A similar study sponsored by the makers of krill oil found krill was effective for treating arthritis and premenstrual syndrome.

There currently aren’t a lot of good studies looking at the benefits of krill oil, but based on what’s known, krill oil probably has similar benefits from an omega-3 standpoint to fish oil, although you may need to take a higher dose since krill oil typically has less omega-3s per 1,000-milligram capsule.

If you buy krill oil, you’ll pay more, but is it worth the extra price? There’s really not a lot of evidence at this point showing that krill oil is superior to fish oil. Krill oil does contain astaxanthin, a type of carotenoid antioxidant, but you can get that by eating orange-colored fruits and vegetables. Plus, there’s less research to back up krill oil. At this point, fish oil is a less expensive option, and if you buy it from a reputable manufacturer, contamination shouldn’t be an issue. Always ask whether they use molecular distillation to purify their fish oil. Even better, skip the supplements entirely and eat wild, Alaskan salmon or small fatty fish like sardines twice a week.