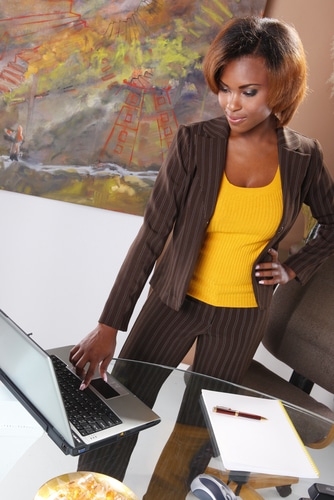 Some people seem to never sit still. Even when they’re sitting in a chair, their leg is constantly moving, they’re twisting their hair or wiggling around in their seat. Even though they rarely see the inside of a gym and don’t work out at home, they never seem to gain a pound. Their secret? These wiggly, squirmy people who are always moving around are fidgeters. Bouncing your leg or doing other sorts of “nervous” movements doesn’t sound like much of a workout, but research suggests that fidgeters are generally leaner than their counterparts who stay quietly seated in their chair.

How Many Calories Does Fidgeting Burn?

Those extra little movements that fidgeters do doing the day add up. According to Dr. James A. Levine from the Mayo Clinic who authored a study on fidgeting, those extra movements add up to as much as 350 extra calories burned a day, the equivalent of a 30-minute jog. That extra 350 calories can really add up and, possibly, explain why people who fidget are often leaner. Even more surprising is a study published in Medicine and Science in Sports and Exercise shows that fidgeting has some of the same benefits as a structured workout. In this study, researchers found that perpetual fidgeters boosted their aerobic capacity by fidgeting.

Even if you’re a fidgeter, there are still benefits to doing a structured workout. On the other hand, non-fidgeters can take a few lessons from those who fidget. For some people, fidgeting comes naturally, but that doesn’t mean that almost anyone can’t reprogram themselves to move around more. Simple things like trading your chair in for the less stable surface of an exercise ball will cause you to move around more to stay balanced. Even better, raise your computer monitor and keyboard so you can stand at your computer during the day rather than sit. You’ll move around more when you’re standing, and even when you’re standing still, you’re burning almost twice as many calories as when you’re sitting in a chair.

Other Ways to Add Fidgeting to Your Life

Set an alarm on your computer to go off at regular intervals as a reminder to get up and walk around and fidget more. If you have to stay seated at your desk, get in the habit of bouncing your leg around, and do the same thing when you’re sitting at a table eating lunch or dinner. Soon the habit will become second nature. Keep a stress ball in your hands to squeeze when you’re riding in the car or confined to your desk. It’ll help you burn a few more calories and reduce stress at the same time.

Are There Other Reasons Why Fidgeters Are Thinner?

There’s always the possibility that fidgeters fidget because they have a higher metabolic rate or are naturally anxious, to begin with. Still, the more movement you can pack into your day, the better. Adopt the mindset of a fidgeter, and look for ways to expend some energy even when you’re not at the gym.

Can You Speed Up Your Metabolism Through Lifestyle?

One thought on “Fidgeting Away the Pounds: How Many Calories Does Fidgeting Burn?”