Exercise Non-Responders: Not Everyone Responds to Exercise the Same Way

Exercise Non-Responders: Not Everyone Responds to Exercise the Same Way 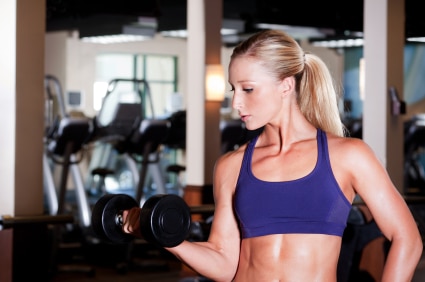 Work out five days a week and you’ll become stronger and have greater endurance – but does that hold true for everyone? Just as there are variations in eye color and hair color, people respond to exercise in different ways. Surprisingly, some people may not respond at all to exercise even if they work out regularly.

Are There Exercise Non-Responders?

It’s easy to think that if you work hard enough at the gym or at home, you’ll get results, but when researchers in Finland studied the effects of exercise on 175 adults, they came to an unexpected conclusion. Some didn’t improve their strength or fitness level at all after a 5-month exercise program.

Finnish researchers asked these previously sedentary adults to work out regularly for 21 weeks. Some walk or jogged while others trained with weights. Some did both. At the end of the 21 weeks, they tested their aerobic fitness and strength. What they found was surprising.

How a Person Responds to Exercise Varies

This research suggests that there are variations in how people respond to exercise. Why might that be? Blame it on your parents. Experts believe that genetics play a role in how a person responds to a workout program and how much they’re able to increase their aerobic capacity and strength.

One size doesn’t necessarily fit all when it comes to workouts. Some people may be better equipped for one type of exercise over another based on their muscle fiber type. People who have a predominance of slow-twitch muscle fibers over fast-twitch ones might be more responsive to endurance exercise, while fast-twitchers may be more suited to exercise that builds strength or involves power moves. But there are likely other genetic influences that play a role in exercise response.

What Percent of People Don’t Respond to Exercise?

In a study carried out at Louisiana State University, researchers found that 10 to 15% of the volunteers they tested experienced no increase in aerobic capacity after a 20-week exercise program that involved gradual increases in exercise intensity over time. On the other hand, the lead researcher in this study emphasized that despite the lack of obvious improvement in aerobic fitness, all of the individuals experienced some physical improvements as a result of working out.

Just as there are variations in how people respond to diet, not everyone gets identical benefits from exercise. There are sources that say you should “eat right for your type.” The same may apply to exercise. Some people may respond better to high-intensity exercise and explosive power moves, while others might get better results from moderate-intensity endurance training.

Another possible explanation for the lack of improvement in some exercisers is that they either didn’t participate in doing their fitness program as often as they were supposed to or they only gave a minimal effort. Just showing up to the gym will not get you in shape, only hard work will!

You should always be aware that fitness studies are normally poorly funded and those involving a large group of people are nearly impossible to control. Attendance in studies like this are quite often less than 50% and this can lead to some misleading results.

Until further research makes it possible to determine your exercise “type,” how your body looks and feels is the best indicator of whether your fitness plan is working. Exercise has other health benefits that can’t be easily measured such as the way it improves mood and boosts energy levels. Even for non-responders, exercise is still a good thing.

New York Times. “Phys Ed: The Workout Enigma”
The Telegraph. “Exercise Won’t Shift the Fat for One in Six”

Are Some People Exercise Non-Responders?