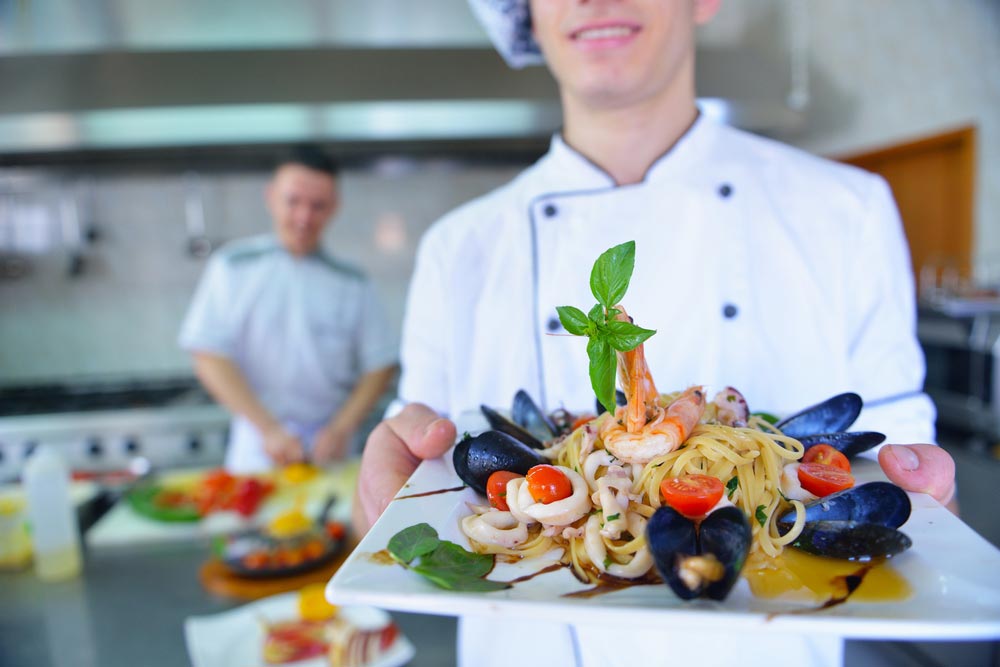 We know it’s important to get a healthy array of macronutrients – carbs, fats, protein – and to get these macronutrients from whole foods rather than processed junk. But, have you thought about the order in which you eat your macronutrients and whether it impacts your metabolic health? According to a study out of Weill Cornell Medical College, it does!

In the study, researchers asked a group of eleven obese individuals with type 2 diabetes to eat the same meal a week apart. The only difference was the order in which they ate the components of the meal. During the first feeding, they consumed the carbohydrate component of the meal first. After 15 minutes, they chowed down on the fat, protein, and non-starchy vegetable component of the meal. During the second meal, a week later, they asked the participants to eat the foods in reverse order – protein, veggies, and fat first followed by starchy carbs. After each meal, they tested the subjects’ blood glucose level at 30, 60, and 90-minute intervals.

What did they find? Despite the similar compositions of the meals, blood glucose readings were lower at all time intervals after the subjects consumed protein, veggies, and fats before carbs. In fact, blood glucose levels at 30-minutes were 29% lower. At 60-minutes, they were 37% lower and at 120-minutes 17 percent lower.  So, consuming eating veggies, fats, and protein before carbs may help diabetics better control their post-meal blood sugar readings.

Although this study was carried out on obese, type 2 diabetics, we all should be concerned about stabilizing our blood sugar readings and avoiding post-meal spikes in blood sugar. For one, over time these spikes stress the pancreas by forcing it to work harder and, over time, hinder its ability to produce insulin for a  longer time. In addition, spikes in blood sugar after meals interfere with the body’s ability to mobilize fat stores. Insulin puts the brake on fat-burning, so you want to limit its influence, especially after a meal when you might be inactive. Finally, spikes in blood sugar can cause you to feel tired a few hours after a meal as the blood sugar spike leads to an equally fast drop in blood glucose. That’s when you feel tired, non-productive, and crave sweet things to compensate for the rapid fall in blood sugar.

Keep in mind, this was a small study and it was carried out on people with obesity and type 2 diabetes. Would the results be the same in a healthy, active, lean individual? That would be the focus of future research. However, there are few drawbacks to structuring meals this way. Veggies, protein, and fat are higher in nutrient density than starchy carbs. You can argue that you should be limiting these foods in your diet anyway. Why not prioritize the most nutrient-dense foods over the least nutrient-rich, carby ones?

In further support of this approach, a prior study that looked at macronutrient order in Japanese type 2 diabetics reached a similar conclusion. In this study, researchers asked the subjects to eat vegetables before munching out on starchy carbs, using a randomized crossover design, and closely monitored their glucose for 72 hours afterward. For the carbs, the subjects ate 15 grams of white rice and, for the vegetables, a salad.  This study, too, showed that consuming vegetables before starchy carbs was associated with lower blood glucose and insulin levels, both short-term and longer term.

There’s another benefit to eating the “good stuff” first. We all know non-starchy vegetables are of benefit, but most of us don’t eat enough of them. By eating them first, before the starchy carbs, you’ll make sure you don’t miss out on the health benefits colorful vegetables offer. When you consume protein, fat, and veggies first, you achieve a certain level of satiety so that you’re less likely to overeat the calorie-rich but less nutrient-dense starchy carbs. It’s a way to subtly upgrade the quality of your diet.

Including a source of fat with those veggies is also beneficial. A prior study in type 2 diabetics found that consuming olive oil & whey protein prior to meals significantly lowered the glucose response to that meal. Fat slows the movement of food through the digestive tract, which helps reduce the blood sugar response to a meal. Plus, protein boosts the release of GLP-1, a protein that suppresses appetite. How about placing olive oil on vegetables along with a protein source? The combination of fat and fiber should reduce the glycemic response and help with satiety as well.

Another Way to Lower Your Blood Sugar after a Meal

Eat the nutrient-dense foods first! Not only will you upgrade the nutrient density of your diet, you’ll, potentially, lower the blood glucose and insulin response to that meal. All in all, that’s better for your metabolic health and body weight. This strategy is particularly important for people who have pre-diabetes or type 2 diabetes where it’s important to lower the blood sugar response to meals. Just as importantly, choose more nutrient-dense foods and fewer starchy carbs. However, if you can’t completely give up the starches, mitigate the negative effects by eating them AFTER you eat more nutrient-dense foods. Then, take a brisk walk!