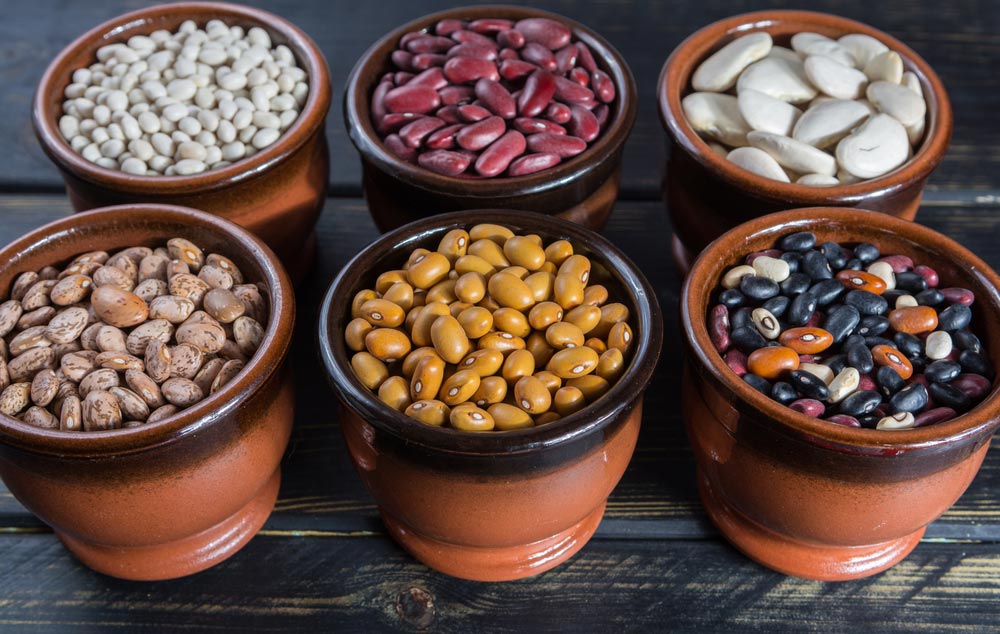 No doubt about it, beans are a nutritionally dense food and an inexpensive one as well. All varieties of beans are a good source of protein and complex carbohydrates. Plus, they’re rich in vitamins and minerals. Despite sporting a stellar nutritional profile, most people don’t eat a lot of beans or lentils. The average person eats a serving or two a week when they pop into Taco Bell for a bean burrito but rarely eat them otherwise. As might expect, vegetarians nosh on more legumes than non-vegetarians as beans or lentils are often a plant protein-based substitute for meat. But, omnivores and vegetarians alike could benefit from eating more of these nutrient-dense orbs. Here are five things you might not know about beans.

Kidney beans, like other beans, are packed with nutrients and phytonutrients. However, uncooked kidney beans, including white (cannelloni) beans contain high levels of compounds called phytohemagglutinins. These so-called “anti-nutrients” fall under a class of compounds called lectins. Lectins modestly reduce the absorption of some minerals when you eat foods that contain them.

Beans Are a Rich Source of Antioxidants

Contrary to what the ads tell you, there are no “magical” foods that will melt the pounds away without effort. Controlling your weight is about the totality of your diet. However, adding a serving or two of beans to your plate might make it easier to control your weight. How do we know? A systematic review of a number of studies found that eating one serving of beans or lentils daily (about ¾ of a cup) was linked with weight loss of just over half a pound. Why might this be? The research shows that eating beans boosts feelings of satiety by 31%. That’s not surprising since beans are a good source of fiber, to slow digestion, and plant protein, a macronutrient that boosts satiety.

Eating Beans May Help the Environment

A group of scientists from Oregon State University Loma Linda University, and Bard College made some calculations on the impact substituting beans for beef would have on the environment. According to their math, if all Americans made this substitution, the United States would hypothetically almost meet its 2020 greenhouse gas-emission goals. The study also found that raising cattle for beef is an inefficient use of farmland. Switching from beef to beans would free up to 42% of the cropland in the United States. So, beans aren’t just nutritionally dense and waistline friendly, they’re good for the environment as well.

Thanks to their high fiber content, beans are slowly absorbed from the intestinal tract. Due to their slow absorption, they cause a less pronounced rise in blood glucose relative to meals that contain starches. In one study, researchers found adding beans to rice reduced the glucose respond relative to consuming rice alone. In fact, beans are a good addition to the diet of diabetics and pre-diabetics. A study published in the Archives of Internal Medicine found that consuming a daily serving of beans or lentils was linked with a modest drop in blood sugar. Plus, in the study, participants also enjoyed modest reductions in blood pressure and cholesterol. That’s why the American Diabetes Association recommends that diabetics add a few servings of legumes to their plates weekly.

If you’re not eating beans, why not? If you buy bulk beans from a bin, they’re one of the least expensive sources of protein. Plus, beans are versatile. You can use them to make plant-based burgers, as a side dish, add them to soups and salads. Some people even use black beans to make a healthier version of a chocolate brownie. Look for recipes online! Don’t forget about lentils and split peas. They have many of the same health benefits as beans. So, enjoy beans! Be sure to vary the type you eat for more nutritional diversity. You’ll find lots to choose from.

3 Healthy Beans That Add Nutritional Punch to Your Diet