Does Stretching Reduce Soreness after a Workout?

Does Stretching Reduce Soreness after a Workout? 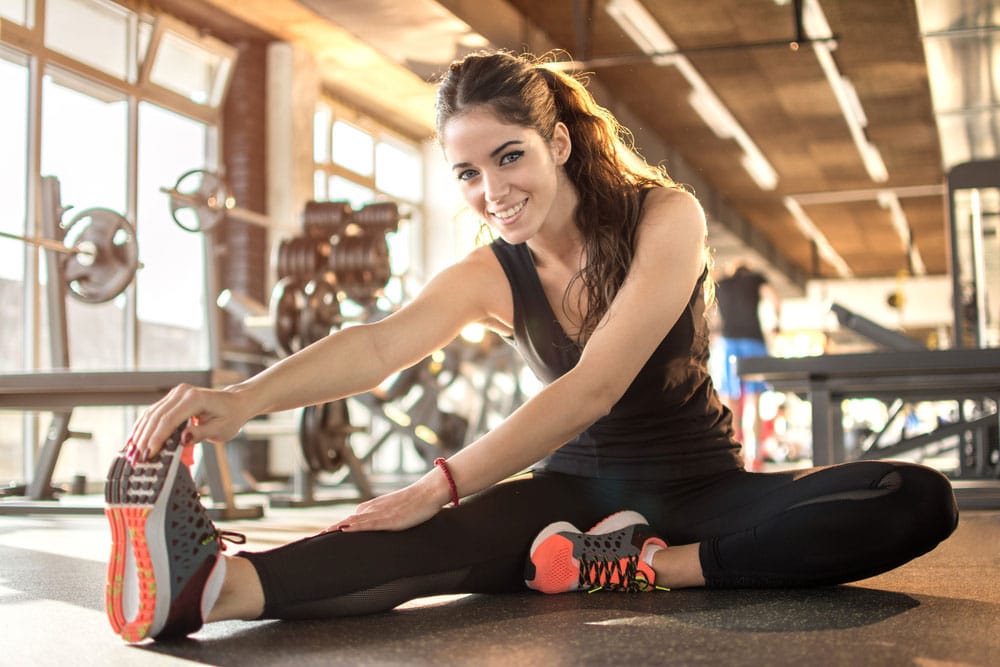 When your muscles are sore after a tough workout, a well-meaning individual may have told you to stretch. No doubt about it, stretching is important! But some people believe that stretching sore muscles will make them feel better. There’s another common belief that stretching before or after a workout can reduce muscle discomfort due to DOMS or delayed-onset muscle soreness. Is there any scientific evidence of this?

Delayed-onset muscle soreness (DOMS) is a phenomenon that occurs when you work your muscles harder than they’re accustomed to. In response to an unaccustomed workout, your muscles feel sore and stiff for a few days. The discomfort can begin in as little as 8 hours after a workout and continue for up to 72 hours. However, the discomfort usually doesn’t typically appear until 12 to 24 hours after a workout, explaining why it’s called delayed.

DOMS is more common and more severe after eccentric muscle contractions, where you lengthen your muscles in a controlled manner against resistance. This type of contraction damages more muscle fibers and usually elicits more post-workout pain as a result. Some people seem more prone to severe DOMS than others. How hard and for how long you train and genetic factors can impact how troublesome the symptoms of DOMS are. Watch your fluid intake too! There’s some evidence that dehydration worsens the symptoms of delayed onset muscle soreness.

Despite its brevity, DOMS is inconvenient. Not surprisingly, many people look for ways to reduce the pain of delayed onset muscle soreness or keep it from happening after a workout. One that some have proposed is stretching. What’s the deal with stretching and DOMS?

Although stretching helps temporarily lengthen tight muscles, it doesn’t prevent delayed-onset muscle soreness. A meta-analysis of 12 studies published in the Cochrane database looked at the impact of stretching on DOMS. Unfortunately, stretching before or after a workout or stretching both times had no significant impact on DOMS symptoms. It didn’t make the symptom worse, but it didn’t make them better either.

This doesn’t mean you shouldn’t stretch if you have DOMS. You might be tempted to move as little as possible since you’re stiff and movement hurts. However, inactivity can worsen muscle stiffness and make DOMS worse. Light exercise increases blood flow to the muscles and may have a slight anti-inflammatory effect. You probably won’t want to do a tough workout if you have DOMS but light movement can work in your favor. If your lower-body muscles are sore, you can always work your upper body and vice versa. Even if you don’t train, a walk or other light activity gets the blood flowing to your muscles and helps reduce the stiffness. People often find that once they start moving, the discomfort lessens.

Other Ways to Deal with Delayed-Onset Muscle Soreness

If stretching won’t prevent delayed-onset muscle soreness, are there other approaches you can take?  Ice baths are helpful for some people. However, some research suggests that exposing your muscles to low temperatures may impede muscle protein synthesis and muscle repair. Massaging or foam rolling sore muscles may also help them feel better temporarily but the benefits appear to be short-lived.

What about nutritional approaches? Eating an anti-inflammatory diet may make the symptoms of DOMS more manageable. A 2010 study found that tart cherry juice reduced muscle soreness among runners participating in a strenuous running event. The subjects drank the tart cherry juice 7 days before and during the event. Tart cherries are rich in antioxidants and anti-inflammatory compounds that help ease inflammation. That’s a simple measure you can take at home, although tart cherry juice is naturally high in sugar.

Here’s an approach that serves double duty. Drink two cups of coffee after a workout. Studies show that consuming this amount of caffeine post-workout reduced the symptoms of DOMS by 48%. Plus, studies show caffeine can improve performance and the perception of how hard you’re working during sub-maximal endurance exercise.

One approach to avoid is taking non-steroidal anti-inflammatory medications like ibuprofen. Although these anti-inflammatory pills may provide temporary relief, they have a variety of potentially serious side effects. For example, they can irritate the stomach lining to the point of bleeding, and they’re linked with a higher risk of a heart attack. Plus, if you let yourself get dehydrated while you’re taking them, they can cause kidney injury. In addition, there’s some evidence that they may interfere with muscle protein synthesis and muscle growth.

Possibly the best approach is to do a light workout, stretch, or take a leisurely walk to keep the blood moving when DOMS is at its peak. Don’t try to “push through” the pain and lift heavy weights as the discomfort can throw your form off and increase your risk of injury. Be sure to drink plenty of water to hydrate your tissues.

Stretching before or after a workout is unlikely to prevent or reduce the severity of delayed-onset muscle soreness. This doesn’t mean you shouldn’t stretch. An active warm-up and dynamic stretching are important before you launch into a workout. Warm muscles are more flexible. After your workout is over, cool down and do some static stretches. Just don’t count on it to impact DOMS symptoms because there’s no evidence that stretching reigns in the pain and stiffness.