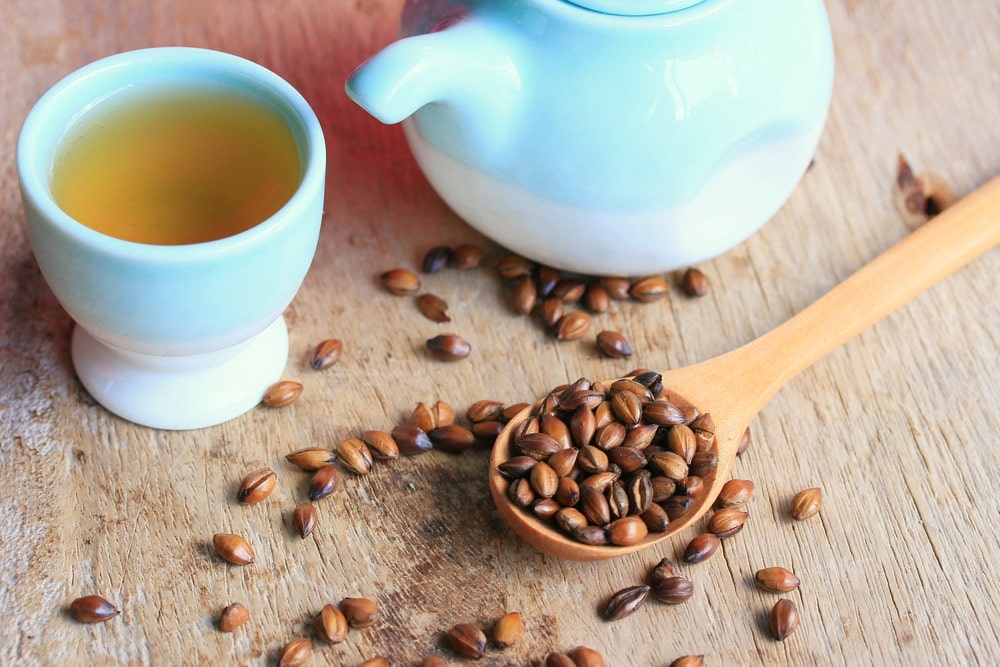 Ah! There’s nothing like relaxing with a warm cup of tea first thing in the morning or when you want to take a break from work and just chill. There’s something meditative about sipping a fragrant cup of tea. Plus, studies now show that tea has benefits, especially if you sip it as a replacement for soft drinks. If you’ve visited a tea store, you know how many alternatives are available to you from fruit-flavored and nutty teas to tea from different parts of the world.  But not all tea comes from the Camellia sinensis plant, the leaves of which make up black and green tea. These days you can also choose from a variety of herbal tisanes. Although herbal tea isn’t true tea since it doesn’t come from the Camellia sinensis plant, some people call it tea nevertheless.

One of the trendier tea-like beverages people are sipping these days is barley tea, a type of beverage made from barley roasted until its brown. Popular in South Korea, the residents call it boricha tea and claim that drinking it after a meal helps with digestion.

You can buy barley tea in a loose-leaf form or as a tea bag you drop into warm water and let it steep. You can also boil roasted barley grain at home and make your own barley tea. The roasting process gives the finished tea a delightful smoky flavor and some people enhance it by adding herbs or a squirt of lemon. It’s a satisfying winter beverage, but you can also drink it chilled with ice in the summer.

Beyond the smoky, slightly nutty flavor, are there health benefits to drinking barley tea?

You won’t get a lot of vitamins or minerals when you sip a cup of barley tea. You may read that this type of tea contains significant amounts of vitamin A and vitamin C but nutrition databases don’t show that barley tea is a substantial source of either of these vitamins. However, barley tea contains modest quantities of sodium and potassium, but you will get antioxidants, chemical compounds that fight free radicals.

How do we know barley tea contains antioxidants? Researchers at Shizuoka University in Japan explored the chemical makeup of barley tea, looking for chemicals that reduce oxidative stress. What they found were ten compounds that have antioxidant activity and the ability to reign in oxidative damage. That’s important since oxidative stress and free radicals injure cells and tissues in the body. In fact, they likely play a role in a variety of chronic health problems, including cardiovascular disease, cancer, and autoimmune disease.

Despite the antioxidant content of barley tea, you also get a hefty dose of antioxidants called catechins when you sip a cup of green or white tea and a variety of herbal teas. However, barley tea might be a good choice if you’re sensitive to caffeine.

An interesting study published in the Journal of Nutritional Science and Vitaminology found that barley tea increases the rate of blood flow through blood vessels. It’s possible that sipping this tea might reduce the risk of blood clots forming, although more research is needed to confirm that it lowers the risk. Blood clots that lodge in blood arteries cause strokes and heart attacks.

You may also hear that it helps with weight loss. Again, no studies show this. However, barley tea is low in calories, with around 20 calories per cup if you don’t sweeten it. If you replace sugar-sweetened drinks with unsweetened barley tea, you will reduce your calorie consumption. Just don’t count on it to boost your metabolism, as many people hope that it does. In fact, green tea has more metabolism-boosting benefits and even its impact on resting metabolic rate are modest. One study found that drinking three 250 milliliter portions of green tea boosted resting metabolic rate by 4.6%.

Despite some people calling barley tea a superfood, there’s nothing magical about this drink. It’s a respectable source of antioxidants but you can get that from drinking green tea. If you’re looking for a caffeine-free tea that has a nutty taste and is a suitable thirst quencher, drinking barley tea may fit the bill. The barley grain itself has health benefits when you eat it whole. Studies show that besides its antioxidant content, the grain may help with blood sugar control because of its slow rate of absorption from the digestive tract.

If you enjoy the taste of barley tea, have a cup or two! With its antioxidants and lack of sugar and caffeine, it’s a healthy alternative to soft drinks and other sugar-sweetened beverages. But is it a superfood? There’s no evidence that it has more health benefits than green tea or white tea, but it is a thirst quencher! You can buy it at many Asian markets and health food stores or roast your own barley. Why not alternate barley tea with green, black, or white tea? You’ll feel good knowing you aren’t drinking a processed sugar-sweetened beverage!

Healthy Beverage Alternatives: Five Drinks to Sip Instead of Snacking

5 Immune-Enhancing Foods That Protect Against Colds and Flu

6 Ways to Lower Your Risk of the Flu