Do Some Vitamins Interfere With Fitness Gains

Do Some Vitamins Interfere With Fitness Gains 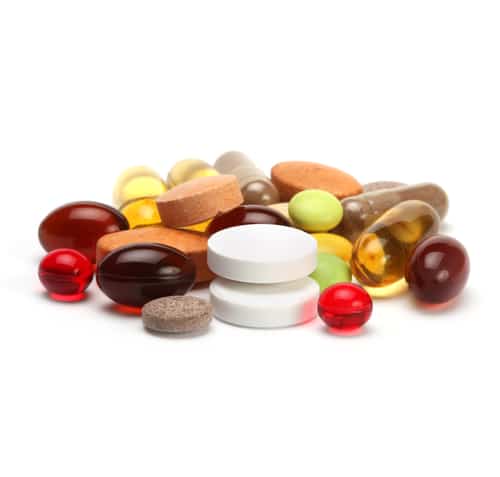 Could the vitamins you’re swallowing be interfering with your fitness goals? It’s possible. According to a new study, taking vitamin C or vitamin E in supplement form could actually block the adaptations your body makes to endurance exercise.

In a new study published in The Journal of Physiology, researchers assigned 54 healthy men and women to two groups. One group took vitamin E and vitamin C supplements, 235 milligrams of vitamin E and 1,000 milligrams of vitamin C daily. This is equivalent to what you typically find in supplement form at some health food stores. The other group took a placebo pill. The study was blinded so no one knew which group got the supplements. Both groups participated in endurance training for 11 weeks, in this case, their activity was running. The groups worked out three to four times a week. At the end of the study, they took part in fitness tests and underwent a muscle biopsy.

The results? When researchers looked at the muscles of both groups at the microscopic level, they discovered something interesting. The group that took the vitamin E and vitamin C supplement didn’t have the typical cellular changes you’d expect after 11 weeks of endurance training.

In this study, the group that took the placebo pill showed the expected mitochondrial adaptations. Surprisingly, the group that took supplemental vitamin E and vitamin C during the 11 weeks of endurance training didn’t show the expected increase in mitochondria. Why not? Researchers believe vitamin E and vitamin C may have interfered with the normal cellular adaptations to endurance exercise.

Why Vitamin C and E?

Vitamins C and E are antioxidant vitamins. As antioxidants, they help to protect cells against damage from free radicals, those rogue molecules that attack healthy cells. Free radicals form any time your body is exposed to oxygen, and exercise turns you into a free radical producing machine. That’s because during exercise your oxygen requirements increase by up to 20 times over the amount you need at rest. That creates the potential for lots of free radicals to form. Research suggests that when your body is exposed to free radicals as a result of exercise, it strengthens its natural antioxidant defense mechanisms. This gives your body added protection against oxidative damage. BUT when you take antioxidant supplements this effect is blocked. This new study suggests that taking certain supplements may also interfere with how mitochondria respond to endurance exercise training as well.

Some studies suggest that free radicals formed during exercise are a stimulus that sets in motion some of the positive adaptations to exercise. When you take antioxidant supplements in substantial doses, your cells no longer get the “signal” they need to adapt and you don’t get all of the benefits.

Do Other Antioxidant Interfere with Exercise Adaptations Too?

Another study showed a different antioxidant – resveratrol – an antioxidant abundant in red wine and grapes may interfere with some of the cardiovascular changes you typically see with aerobic exercise. In this study, participants, older men, taking supplemental doses of resveratrol didn’t experience some of the expected health benefits. Their blood pressures, triglyceride, and cholesterol levels didn’t drop and they didn’t experience the anticipated increases in aerobic capacity than the placebo group did. Keep in mind they were taking substantial amounts of resveratrol, not the quantities you would get by eating grapes or drinking red wine. Interestingly, the reason most people take resveratrol for its reported heart health benefits.

Should You Avoid Antioxidants?

The best approach at this point may be to get your antioxidants from foods, not supplements. When you eat five or more servings of fruits and vegetables a day along with antioxidant-rich nuts and whole grains, you’re getting antioxidants in their natural state. Concentrate more on diet and leave the supplements on the shelf. Supplements can’t make up for a bad diet and some may work against your fitness goals as well.

Science Daily. “Too many antioxidants? Resveratrol blocks many cardiovascular benefits of exercise”

Life Extension News. Volume 17 No. 1. January 2014. “Can Antioxidants Interfere with the Benefits of Exercise?”

Why You May Need More Vitamin E than You’re Getting