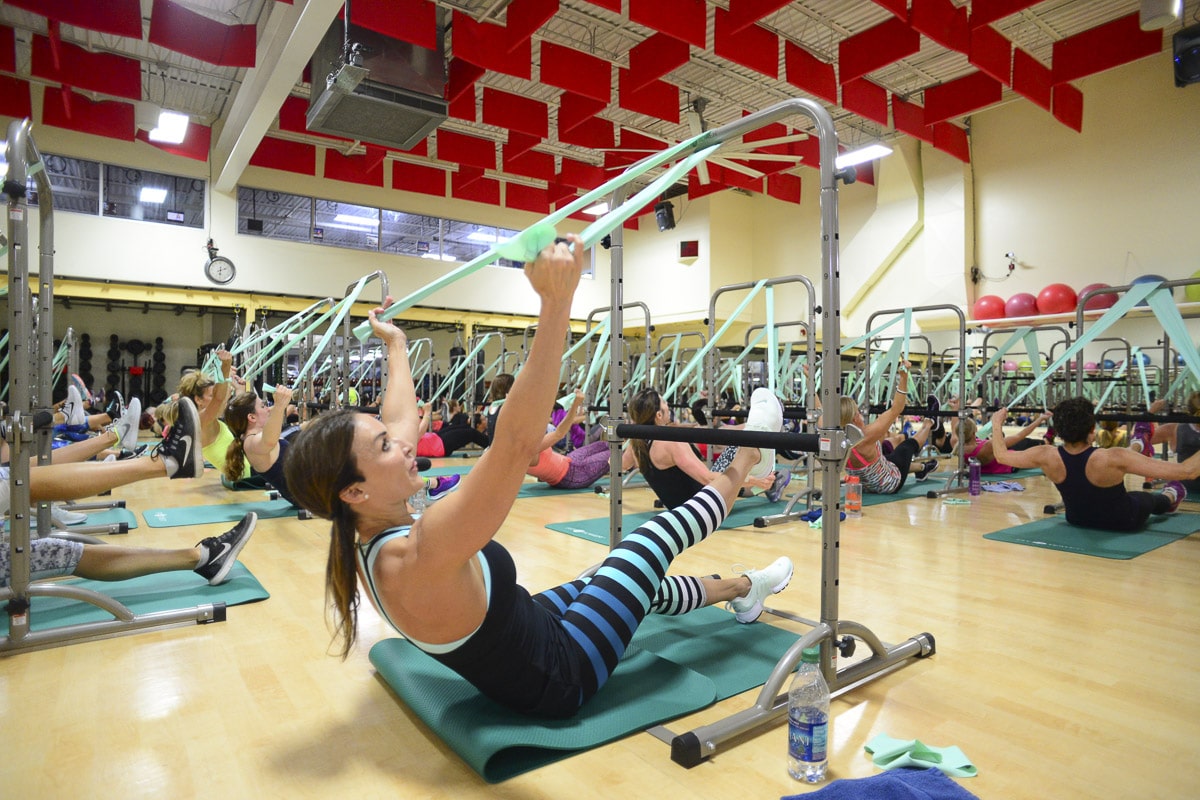 You come home from work after a long day and plop down in a chair. It’s been a long day and you’re exhausted! Even your brain is fried from staring too long at numbers and letters on a computer screen. The temptation might be to eat dinner and take it easy but, as a new study shows, a better choice might be to work out. The more time you spend sitting, writing, calculating, and thinking, the more important that after-work sweat session is, especially if you’re trying to stop overeating and lose weight. Here’s why.

Can a workout after work help you stop overeating? Researchers from the University of Alabama at Birmingham divided healthy, undergraduate students into two groups. Both groups were asked to take a graduate-level entrance exam, an exam that requires focus and brain power. After the exam, one group rested for 15 minutes while the other did 15 minutes of high-intensity exercise on a treadmill, similar to a treadmill HIIT routine. The students who simply relaxed didn’t perform any physical or mental activity. Afterward, both groups were treated to a pizza lunch and encouraged to eat as much as they wanted while the researchers followed their calorie intake.

The results? What they found was when the students simply rested after the mentally demanding task of taking an exam, they consumed more calories than usual, an average of 100 calories more. In contrast, doing a high-intensity interval workout after mentally draining tasks appeared to offset this and the participants actually ate fewer calories.

Your Brain on Overdrive

Why might this be? Doing mentally demanding work, like writing, math equations, etc., is fatiguing to the brain – but do those computations and struggles to find the right word actually expend enough energy to lead to an energy deficit and trigger hunger? That’s what the researchers in the study are proposing.

When they measured blood glucose and lactate levels of the participants, they found that lactate levels in the brain showed a significant bump up after taking the graduate test, despite the participants’ blood glucose staying the same. This suggests that lactate is being used to fuel the increased energy demands brought about by higher brain activity. Although it’s a small organ, your brain is a metabolically active one. It’s energy demands account for 20% of your resting metabolic rate. If you take in 2,000 calories per day, your brain used around 400 of those calories. That’s significant!

So, what role does high-intensity exercise play in this process? The theory is that high-intensity interval training causes a rise in lactate. This transient increase in lactate could theoretically supply your brain with the extra lactate or glucose it needs to compensate for the energy it expended doing mentally demanding work. Lactate can be converted back to glucose by the liver and serve as a fuel source. With extra lactate on board, the desire to eat may be lessened along with your appetite. To see this benefit, it wouldn’t have to be a graduate level test but any other mental tasks that require focus, attention, and thought.

At one time, scientists believed that the brain can only use glucose as an energy source, but more recent research shows that it can, under certain circumstances, use other fuel sources, including lactate. This happens during times of intense brain focus and activity as well as when blood sugar falls too low. Still, glucose is the brain’s preferred fuel source under normal conditions.

The idea that mental activity sucks up enough energy to cause you to feel hungry is just a theory that needs further research. The reason you eat more after a mentally demanding task may have to do with your brain’s reward system. If you focus on a mental task for hours, your brain might crave a reward for working that hard. Some studies show that exercise activates reward centers, mediated by dopamine, in the brain. By exercising after a mentally demanding task, your brain gets a surge in dopamine and doesn’t feel the same need to be rewarded with food.

It’s also possible that exercise reduces calorie intake after tasks that require mental focus by its impact on appetite hormones. A small, 2015 study found that high-intensity exercise reduced appetite in overweight men. Some studies also show that exercise lowers ghrelin, an appetite hormone that increases the desire to eat. Studies show that high-intensity, but not moderate-intensity exercises, suppresses ghrelin, along with appetite, but the effects are short-lived. In one study, ghrelin was reduced for 30 minutes after intense exercise. In other words, doing an HIIT workout may suppress appetite for a post-workout snack but not for a meal you eat several hours later.

If your day job is mentally demanding, a short HIIT circuit when you get home could reduce your appetite and help you avoid overeating. Plus, exercising after a hard day at work is the ultimate stress reliever. Heading for a hot bath and curling up on the couch might sound more appealing, but, ultimately, you might get more benefits from doing a short workout. With high-intensity interval training, a workout can be as short as ten minutes. If you worked out in the morning, that might be all you need to wind down and perk up so you don’t feel so mentally drained after a long day at work. So, don’t be so quick to head for the easy chair. Get your heart rate up a little first.