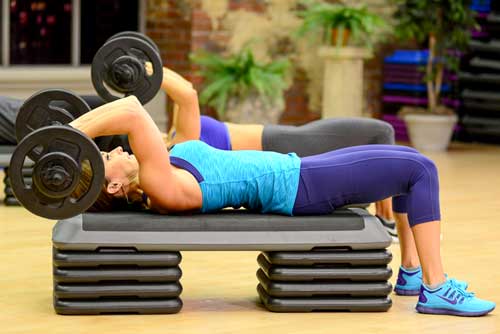 Pyramid training is one of many approaches to building strength and lean body mass. It’s a strategy athletes and bodybuilders use to build upper and lower body strength. The most common way to pyramid is to do a sequence of sets and gradually increase the load with each set while decreasing the number of reps. This is the “classic” way of doing pyramid training. With classic pyramids, you start out light and gradually increase the load you place on your muscles as you move up the pyramid.

Here’s an example of a reverse or descending pyramid:

Of course, you can adjust the weights based on your strength and fitness level.  Since you’re starting the sequence with the heaviest weight, do one or two warm-up sets using lighter weights before beginning the work sequence. It’s also important to do a generalized warm-up to increase your core body temperature before approaching your first warm-up set. When you’re beginning a sequence with the highest weight, your muscles, tendons, and ligaments need to be warm and supple to avoid injury.

Does a reverse pyramid structure offer benefits over straight pyramid sets? There are advantages and disadvantages to each approach. The benefit of traditional, or ascending pyramid training, is you’re giving your muscles time to “warm up” before you max out. The disadvantage is your muscles are already fatigued when you hit the “peak” of the pyramid where you lift the greatest amount of weight.

When you reverse pyramid, both sets of muscle fibers are fresh and ready to go when you lift the heaviest weight.  As a result, you’re able to lift more. If you’re trying to build strength, reverse pyramiding offers advantages. Reverse pyramid training is psychologically more satisfying. Most people find it mentally easier to get the heaviest set out of the way first.

Pyramid and Reverse Pyramid Training: Is One More Effective Than the Other?

Did one group get better results? Both traditional and reverse pyramid training were effective for building strength in these young women. The reverse training group showed greater strength gains for biceps curls but the strength gains were equivalent for other exercises. Interestingly, the group that trained using the reverse pyramid structure had greater elevations in enzymes indicating muscle damage and mechanical stress.

Which Should You Do?

Although reverse pyramids may theoretically offer greater strength benefits, there’s no clear evidence that they’re superior to traditional, ascending pyramids, although research in this area is limited. Reverse pyramid training theoretically makes sense when strength is the goal since you’ll stimulate the greatest number of muscle fibers when your muscles are the least fatigued at the beginning of a workout. Stimulating more muscle fibers helps maximize strength gains.

Both traditional and reverse pyramid training are modifiable. You can change the number of sets you do for each pyramid, alter the resistance/reps and change the amount of time you rest between sets. To maximize strength gains, use heavier weights in an ascending or descending fashion and fewer reps. If your primary goal is to burn fat and improve muscle endurance, use lighter weights in an ascending or descending fashion and do a higher number of reps. An example of a reverse pyramid emphasizing muscle endurance:

How much should you rest between sets? Traditionally, 30 seconds to 60 seconds. If you’re emphasizing muscle endurance and fat burning, use lighter weights and keep rest periods to a minimum.

Both traditional and reverse pyramid training is effective for building strength. There’s no reason why you can’t incorporate both into your workouts, possibly in a periodized fashion. Adding some variety will help you avoid hitting those frustrating plateaus and keep things interesting.

What Are the Benefits of Pyramid Strength Training?

All of Cathe’s Strength & Toning Workouts 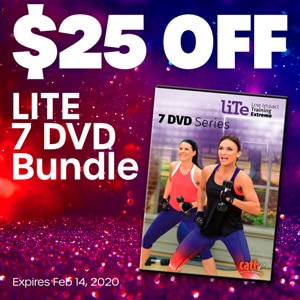