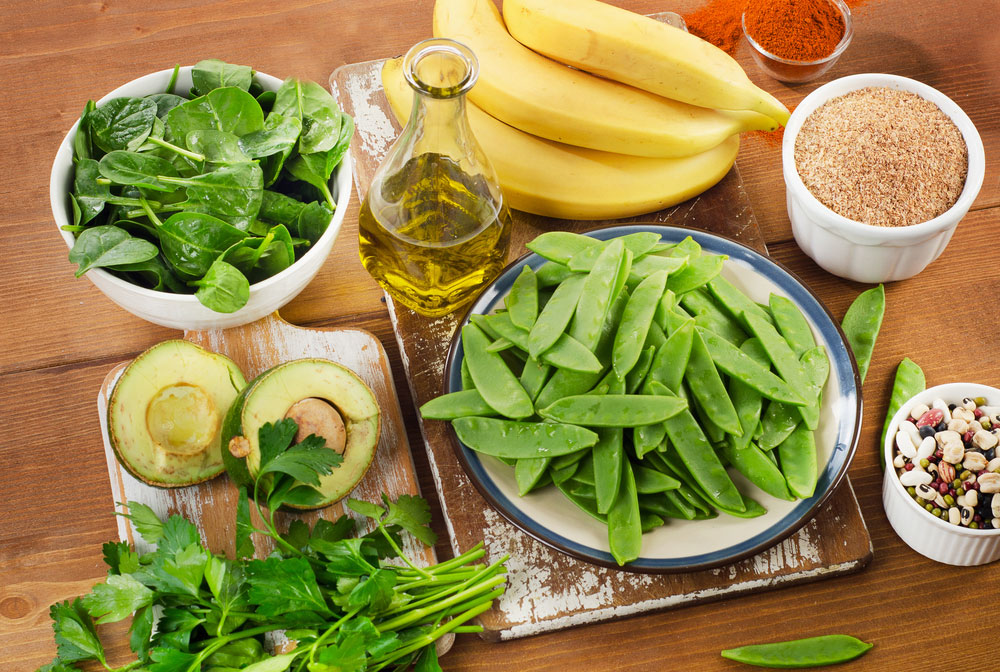 Calcium and vitamin D are the “dynamic duo” we depend upon to keep our bones healthy. 99% of the calcium in your body is stored in bone tissue, and vitamin D boosts its absorption and helps it get to your bones. But, calcium and vitamin D don’t work alone. There’s another vitamin that gets less fanfare called vitamin K2. A growing number of studies suggest that this vitamin is critical for bone health and may have other health benefits as well.

What is Vitamin K2?

You’re probably familiar with vitamin K1, often referred to as vitamin K. It’s K1 that helps your blood clot when you get a cut. Without enough of it, you run the risk of bleeding to death when you sustain a minor injury. But, you’re probably less familiar with vitamin K2. What vitamin K1, also known as phylloquinone, has in common with vitamin K2, known as menaquinone, is they share a similar chemical structure. However, their functions differ and they’re also found in different foods. More about that soon.

First, let’s look at how the two forms of vitamin K differ in function. Vitamin K1, as mentioned, is important for blood clotting while vitamin K2 has a unique role in bone and, possibly, heart health. Based on research, this vitamin activates a hormone that helps direct the calcium that you take in through diet to bone tissue where it can be used to build stronger bones.

Vitamin K2 appears to have another important function. It ferries calcium away from the inner walls of arteries where it could otherwise accumulate and increase the risk of cardiovascular disease. It seems to do this by its influence in calcium-regulating proteins, specifically, proteins called GLA proteins. That’s why scientists believe that K2 may play a unique role in bone and cardiovascular health.  Another advantage of vitamin K2 over K1 is it has a longer half-life, meaning it stays active in your system longer. So, it has longer-lasting benefits relative to vitamin K1.

Is there evidence to support vitamin K2’s role in bone and heart health? A study published in the journal Atherosclerosis found that those who consume the most vitamin K2 enjoyed a lower risk of cardiovascular disease whereas vitamin K1 wasn’t protective. Another study, involving more than 16,000 women found that the risk of cardiovascular disease declined by 9% with every 10 micrograms increase in vitamin K2 intake. Those are encouraging statistics, although they don’t necessarily show cause and effect.

How about bone health?  The Framingham Study and Nurse’s Health Study looked at this issue. The results showed those who consumed more vitamin K (not distinguishing between vitamin K1 and vitamin K2) enjoyed a lower risk of bone fractures. Also, studies suggest that vitamin K2 can stimulate new bone formation while reducing its breakdown – all good things if you’re worried about bone density and osteoporosis.

Vitamin K1 is most abundant in green, leafy vegetables. One of the top sources is a nutrient-dense vegetable you’re already familiar with – kale. Most of the vitamin K humans get in their diet is in the vitamin K1 form. That’s because vitamin K2 is most abundant in fermented foods, especially a food the Japanese enjoy called natto, a type of fermented soy. Natto has a somewhat unappealing aroma and isn’t a food that the majority of people in Western countries embrace, despite its apparent health benefits. Other sources of vitamin K2 are eggs, kefir, organ meats, and grass-fed meat. The bacteria in your gut, assuming you have a healthy microbiome, can also convert vitamin K1 to vitamin K2, although this conversion may not be sufficient to get the full health benefits.

Another option to boost your vitamin K2 intake is to take a vitamin K2 supplement. Although it’s preferable to get vitamins from food, getting more vitamin K2 is challenging unless you eat lots of grass-fed meat, dairy, or natto. Vitamin K2 in supplements comes in two forms: MK-4 and MK-7. The former is naturally available in grass-fed meat and dairy, but when you buy MK-4 as a supplement, it’s usually a synthetic form of MK-4. MK-7 is the form produced by fermenting soy to create natto. Most MK-7 supplements contain the naturally produced form of vitamin K2, the same one in natto. It also has a longer half-life so that it stays in your body longer.

If you can find natto in your area and don’t mind the taste, getting it naturally is the best alternative, as you don’t always know what’s in a supplement and quality control can be spotty. In most cases, food is a better option than a pill. Also, keep in mind that research into vitamin K2 and health is in its early stages and the benefits aren’t well established yet. However, there are few drawbacks to adding more of this vitamin to your diet. Also, keep in mind that a study published in the journal Nutrients points out that functional vitamin K deficiency is common even in healthy people and is higher in men and women with cardiovascular disease, chronic kidney disease, type 2 diabetes, and high blood pressure.

Vitamin K2 is a vitamin that’s deficient in Western diets. Countries, like Japan, that consume higher amounts of K2 in foods like natto, have a lower risk of osteoporosis and these countries also tend to have less heart disease. Vitamin K2 may play a key role in bone health and heart health by directing calcium to where it needs to be, in bone tissue, rather than to the inner walls of arteries, where you don’t want it. Since probiotic bacteria in the gut convert vitamin K1, the form abundant in green, leafy vegetables, to vitamin K2, maintaining a healthy gut microbiome is likely also beneficial for bone and heart health. The take-home message? Add vitamin K2 to the list of vitamins that can potentially help your bones and heart stay healthy.

5 Nutrients Other Than Calcium You Need for Healthy Bones