Are Colder or Room Temperature Beverages Better for Exercise Hydration?

Are Colder or Room Temperature Beverages Better for Exercise Hydration? 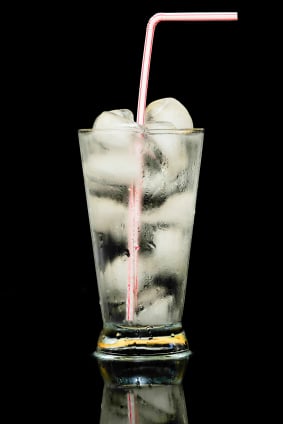 When you’re exercising in the heat, it’s important to stay hydrated. If you don’t drink enough fluid when you exercise, your core body temperature rises very quickly. Not only does this rise in temperature cause you to fatigue faster, but it also increases the risk of heat-related illness such as heat stroke or heat exhaustion. Needless to say, it’s critical to drink enough fluid before, during and after you exercise. But does it matter what temperature the fluid is? Cold beverages vs. room temperature ones – is one better than the other for staying hydrated when you’re exercising in the heat?

The temperature of the fluid you drink matters more than you might think. According to a study carried out at the University of Birmingham in the U.K, sipping colder fluids may be better than sipping ones at room temperature or warmer.

Researchers gave eight healthy men orange-flavored drinks with no added sugar at one of two temperatures to drink during a cycling workout. They wanted to see how it would affect their exercise performance. One beverage was kept at 66 degrees Fahrenheit, while the other was chilled to 39 degrees Fahrenheit

The results? The participants who drank the cold fluid at 39 degrees Fahrenheit were able to cycle 7 minutes longer than those who drank the warmer drink. They also had a lower core body temperature than the other cyclists.

Why would this be? It seems the colder fluid reduced core body temperature more. This delayed the onset of fatigue and allowed them to exercise longer. The cyclists who drank the colder drink also had a heart rate during exercise that was 5 beats per minute slower than the cyclists who drank the warmer orange drink. This means their cardiovascular system was less stressed during their cycling session.

According to this research, drinking a cold beverage helps to absorb heat so that core body temperature doesn’t rise as quickly causing exercise fatigue. This may allow you to exercise a little longer than you would normally. It may also offer some additional protection against heat-related illness.

Of course, the most important thing is to drink enough fluids during exercise to replace those lost through sweating. To do this, drink at least 2 cups of fluid two hours before exercising and another cup 10 to 20 minutes before starting your workout. During exercise, drink an additional cup of fluid every 20 minutes. Once you complete your workout, weigh yourself and drink 2.5 cups of liquid for every pound of fluid you lost.

Cold or room temperature? If you have a choice, choose cold beverages. Not only do they help to absorb more heat, but they’re also more palatable. This means you’re more likely to drink them. Whatever you do, stay hydrated when you exercise.

Exercise Hydration: 5 Types of Water That Are No Better Than Tap Water