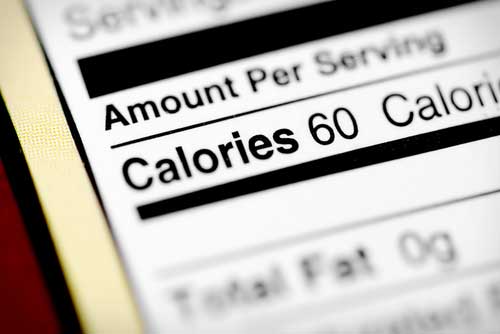 When you pick up almost any packaged food at the grocery store, you’ll usually see a calorie count listed just above the nutritional information – but how accurate is it? According to the head of Independent Nutrition Logic, a nutritional consulting firm in Great Britain, not very. He points out that the number of calories delivered to your body from foods high in protein or fiber is overestimated by as much as 25%. Surprisingly, the number of calories in some foods is less than what’s listed. Do food manufacturers really have it all wrong when they list calorie counts or are calorie measurements not very accurate?

Calorie overestimations are not a deliberate attempt by the manufacturer to “fudge” the information. Besides, it wouldn’t be in their best interest to list the calorie count as higher than it actually is. The problem lies with the way calorie counts are measured. Originally, calories were measured by placing a portion of a food into an apparatus called a bomb calorimeter. Inside the calorimeter, the food was burned and the heat absorbed by the water in the calorimeter. Using a thermometer, scientists measure how much the temperature rises, which is proportional to the food’s calorie content.  A calorie is the amount of energy needed to raise the temperature of one gram of water by 1 degree Centigrade, although the calorie count you see on food packages is usually expressed in kilocalories, equivalent to 1,000 calories.

These days, calorie counts are measured using another technique called the Atwater system. Rather than placing a food in a calorimeter and burning it, the calorie count is determined by adding up how many calories are stored in each macronutrient, fat, carbohydrate, and protein. We know carbohydrates contain 4 kilocalories per gram while fat has 9 kilocalories per gram, so it’s not difficult to determine the calorie count if we know how much of each macronutrient is in a food.

When you calculate calories using either of the above methods, you assume all of the energy in the food can be fully digested, absorbed and used by your body. That simply isn’t the case. A portion of the foods you take in aren’t fully broken down and absorbed. Instead, they pass right through you without becoming a source of energy for your body. One of the best examples of the full calorie potential of food not being realized is when you eat a package of nuts. A portion of the macronutrients in nuts, particularly fats, aren’t digested and absorbed and aren’t usable calories.

One study showed almonds have 25% fewer calories than what’s listed on food labels when you take into account digestion and absorption. The same is true of pistachios, and probably other nuts as well. Pistachios contain roughly 5% fewer calories. This is good news for nut lovers trying to lose weight! A few studies show nut eaters are less likely to be overweight and obese, maybe this partially explains why.

To determine how many calories are actually channeled into usable energy inside the human body, you’d have to do feeding experiments. Even this gets complicated since the “thermal effect of food” complicates the picture. The thermal effect of food refers to the extra energy your body has to burn to process a particular macronutrient. Protein is “king” in terms of boosting energy expenditure. Because it has a more complicated structure and a nitrogen atom, your body has to take extra steps and use more energy to break it down. You don’t get the same “metabolic boost” when you eat fats or carbohydrates.

Other factors affect food digestion and absorption, and, in turn, the number of calories derived from food. Highly processed foods are likely to be better absorbed because of their smaller particle size. Even how you chew food and what you eat it, for example, fiber, impacts how much energy you get from a particular meal or snack. How you cook a food item is also a factor. When you cook a high-carbohydrate food like a potato and then cool it down in the refrigerator, a portion of the energy-rich carbohydrates are converted to resistant starch, a form of starch that can’t be absorbed. Even if you reheat the potato, the carbohydrates will pass right through your body. Your body lacks the digestive enzymes necessary to break down resistant starch.

When you consider complex factors like digestive and absorption, it’s easy to see how the calorie count on food items is just an “ideal,” based on the idea that a food is completely broken down and absorbed. In reality, calorie counts are just an approximation.

When you see a calorie count on a packaged food, pay attention to the serving size. For a snack bar or beverage you might assume the calorie count is for the entire item because it looks so small, but if you look at the total servings, you might see there are actually two servings. Unfortunately, you also have to multiply the calorie count by two or you’re consuming double the calories when you eat the whole thing. The FDA is considering changing this system to reduce confusion.

Calorie counts give you a rough idea of how much energy you’re taking in, but they can be off by as much as 25%. Why not skip the packaged foods with their calorie counts and stick with whole foods instead? With whole foods, there’s only one component instead of a mish-mash of potentially unhealthy ones, like sugar. When you build your diet around whole foods, you don’t have to worry as much about how many calories you’re eating, but when you do buy a packaged product take the calorie count listed with a grain of salt.

The Crux. “Why Most Calorie Counts Are Wrong”