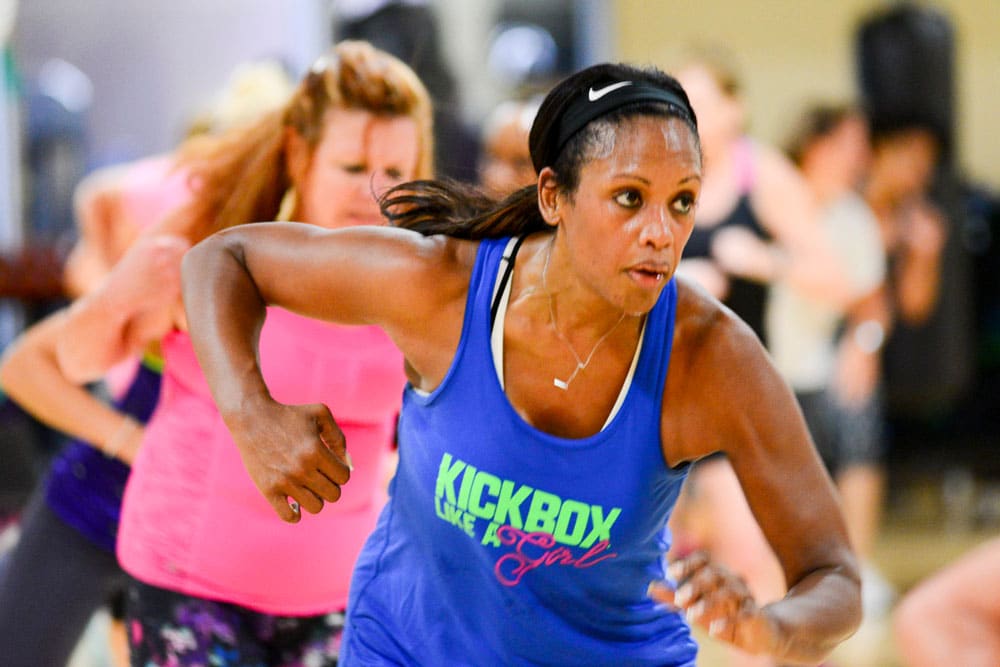 You’re probably aware that aerobic exercise is a heart-healthy activity. People who are more physically active have a lower risk of developing a heart attack or stroke. However, there’s another disease that strikes fear in the heart – cancer. Cancer is a disease that begins at the cellular level but has the ability to grow, invade tissues, and even move to distant sites, a phenomenon called metastasis. The best chance of curing cancer is to catch it early before it has spread. Most people don’t die from the primary tumor but from metastases to other organs. An even better way to avoid cancer-related death is to prevent it in the first place.

We know that diet seems to play a role in who develops cancer, your risk may be lower if you eat a nutrient-rich diet that contains lots of fruits and vegetables – but exercise may help you ward off cancer as well. Based on a study carried out by the National Cancer Institute, exercise seems to reduce the risk of a variety of cancers by between 7% and 34%. These cancers include:

Other studies suggest that exercise may lower the risk of other cancers as well, including uterine cancer in women. Of course, these studies are observational and don’t necessarily show that exercise is the CAUSE of the reduced cancer risk, but if you look at the effect exercise has on your body, it’s not surprising that it would reduce the risk of some cancers. How might it do this?

Studies show that aerobic exercise reduces the levels of inflammatory chemicals called cytokines that cause tissue damage. That’s beneficial since inflammation is also a driving force behind cancer. In fact, inflammation plays a role at all stages in cancer development – from initiation to progression. Anything we can do to reduce tissue inflammation, including exercise, should lower the risk of developing a variety of cancers.

Interestingly, a workout may temporarily release a cascade of free radicals and inflammation, but when you do it consistently, it lowers chronic inflammation. In fact, research shows regular aerobic exercise decreases a measurable marker of inflammation called c-reactive protein, or CRP. So, taming inflammation is one-way exercise may lower the risk of cancer.

You may not be familiar with AMPK but it’s called the energy sensor of cells. When you do aerobic exercise, the amount of AMPK within muscle cells goes up. The rise in AMPK, in turns, mobilizes energy stores through the breakdown of glycogen and fat, so that muscle cells have the energy needed to fuel exercise. AMPK also turns off pathways that promote the growth and proliferation of tumors.

Studies show that AMPK acts as a tumor suppressor. In fact, researchers are now looking at AMPK as a target for cancer treatment. In addition, AMPK likely explains some of the metabolic benefits that exercise offers – improvements in insulin sensitivity, for example. Other forms of cellular stress activate AMPK as well, including some medications, like metformin and fasting. As you know, exercise is a short-term stressor on the body as well.

Higher circulating levels of estrogen are linked to a greater risk of estrogen-receptor positive breast cancer. Plus, lifetime exposure to estrogen is correlated with a greater risk of breast cancer. Women who begin menstruating early in life or have late menopause (greater estrogen exposure over a lifetime) are at higher risk of developing breast malignancies. The good news? Regular aerobic exercise helps to lower estrogen. This, in turn, may lower the risk of breast cancer in women.

Other cancers associated with higher levels of estrogen include uterine cancer and cancer of the ovaries. Staying physically active may protect against these cancers, partially by reducing the body’s estrogen burden.

By Helping with Weight Control

Plus, obesity is linked to a greater risk of dying from ALL types of cancer. Exercise is only one aspect of avoiding obesity but combined with a healthy diet, it definitely helps.

By Lowering Insulin and IGF-1.

We think of insulin as a hormone that escorts glucose and amino acids into cells. That is its primary function but insulin is also a growth factor. Another growth factor, insulin-like growth factor 1 (IGF-1), is produced by the liver in response to insulin and growth hormone. Studies show that IGF-1 stimulates the growth and proliferation of cells, including cancer cells. A 6-year study involving almost 33,000 nurses found that those who had the highest levels of IGF-1 had a 2.5 greater risk of developing colorectal cancer. Plus, women with higher IGF-1 levels before menopause have a greater risk of pre-menopausal breast cancer. According to one study, higher IGF-1 levels more than doubled the risk.

Studies show that aerobic exercise reduces IGF-1 and increases the protein that binds it (IGFBP-3) and keeps it from boosting cell growth and proliferation. Aerobic exercise also improves insulin sensitivity, so that insulin levels are lower. Insulin is also a growth factor. Based on research, people with type 2 diabetes, with higher circulating insulin, are at greater risk of certain forms of cancer. Regular, aerobic exercise may help lower circulating insulin and IGF-1 and thereby protect against some forms of cancer.

As you can see, exercise may protect against cancer in several, different ways. The key is to do it consistently. Most of the cancer-protective benefits will come from aerobic exercise, although resistance training also has considerable health benefits – so, of course, do both!

Yoga and Aerobic Exercise Are Synergistic for Heart Health

Short, Intense Exercise May Reduce Your Risk of Breast Cancer

What Should You Eat to Lower Your Risk of Colon Cancer?

Is Exercise as Effective as Prescriptions for Preventing and Treating Disease?