5 Simple Hacks that Could Improve Your Exercise Performance

5 Simple Hacks that Could Improve Your Exercise Performance 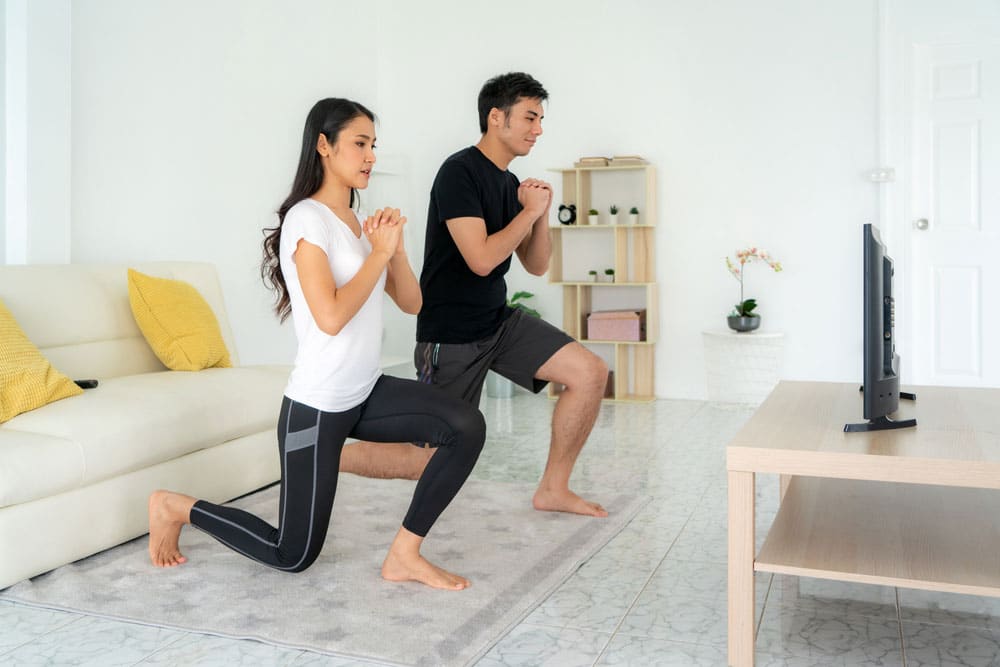 Sometimes, small tweaks to your exercise routine can lead to greater performance. Who wouldn’t want that? It’s gratifying when you make a minor change, and it delivers satisfying results. These tweaks won’t turn you into an all-star athlete, but they may give your exercise performance a subtle boost.

Did you know exercising in bright light or outdoors when the sun is bright may boost your exercise performance? Working out in bright light suppresses melatonin, which causes you to feel sleepy. In one study, athletes performed better in a 40-minute time trial of maximum cycling performance when they exposed their eyes to bright light beforehand. The minimum amount of light exposure before exercise to get this benefit was 120 minutes and the longer the light exposure, the more performance improved.

How does bright light boost performance? Besides the melatonin suppression effect, researchers believe light exposure boosts alertness, motivation and mood for better training performance. So, you might perform better if you get up early, expose your eyes to light, and then conquer a workout a few hours later.

Have a Cup of Coffee Beforehand

Caffeine is a proven performance enhancer for endurance exercise. With caffeine on board, exercisers were able to work out longer at a sub-maximal intensity before experiencing exhaustion. However, the benefits for high-intensity exercise are less clear. The amount of caffeine you need for a boost in endurance performance is around two cups of coffee an hour before a workout. If you’re a regular caffeine consumer, you may not get the same performance boost as you would if you don’t routinely consume caffeine.

Because of tolerance to the effects of caffeine, if you’re using caffeine for a competitive event, it’s best to taper off your caffeine a week or two before the event and then consume caffeine the day of. Also, the benefits you get from consuming caffeine before an endurance workout may depend on how you metabolize caffeine. Some people are slow caffeine metabolizers and may not get the same benefits. One study even showed a worsening of performance when slow caffeine metabolizers consumed caffeine before an endurance workout.

How do you know if you break down caffeine slowly? You could get genetic testing. Around 50% of the population is a fast metabolizer of caffeine while 40% metabolize caffeine at a moderate rate, and 10% are slow metabolizers.

It should be common sense, but some people don’t hydrate enough before a workout. Without adequate fluid in your system and unless you replace the fluids you lose through sweat, your muscle function will decline. Lack of hydration also increases heart rate and places more stress on your cardiovascular system. If your fluid level falls too low, you might get lightheaded or experience a drop in blood pressure. It only takes a fluid loss of around 2% of body weight to worsen exercise performance, a level. With this mild degree of dehydration, you may not even feel thirsty yet. So, drink even if you don’t feel thirsty.

Dark chocolate is not only heart healthy; it may boost exercise endurance too. A study in cyclists found that those who substituted 40 grams of dark chocolate for one of their daily snacks, used less oxygen during their moderate-intensity cycling session and also covered more distance.

The study, published in the Journal of the International Society of Sports Nutrition, found after eating dark chocolate, the riders used less oxygen when cycling at a moderate pace and also covered more distance in a two-minute flat-out time trial. White chocolate didn’t have the same performance benefits.

Chocolate contains caffeine but only modest quantities, so that is unlikely to explain the performance boost. Scientists believe it’s epicatechins, a type of antioxidant, in dark chocolate that explains the benefits. Based on animal studies, epicatechins stimulate the growth of new mitochondria, the energy powerhouses of muscle cells. The epicatechins in dark chocolate also appear to boost capillary growth to muscle cells for greater oxygen delivery during exercise. The result? A slower time to fatigue and that can help performance.

Crank Up the Tunes

Music is another exercise performance enhancer. A number of studies show that music boosts exercise performance. One way it does this is by boosting alertness, motivation, and arousal. When you hear that beat in the background, you feel more like pushing yourself. But if you’re working out at a high intensity, choose a fast-paced beat since studies show we synchronize our movements to match the tempo of the music. So, a slow tempo is more appropriate for a yoga class while a peppy, upbeat song with a fast tempo works best for a HIIT session. Music also helps distract your brain from how hard you’re working. Don’t crank up the tunes TOO high though, as it can damage the delicate hair cells in your inner ear and lead to hearing problems later on.

Small tweaks can make a difference, and it’s easy enough to drink a few cups of coffee and nibble on a square or two of dark chocolate before a workout. Gives these workout tweaks a try. They could give our performance a boost and make your sweat sessions more pleasant too.

What Role Does Aerobic Capacity Play in Successful Aging?

What Types of Exercise Cause an Afterburn?

Can Circuit Training Help You Meet All of Your Fitness Goals?

Why Does Aerobic Capacity Go Down as You Age?

6 Reasons Why Cross-Training is the Smartest Way to Train