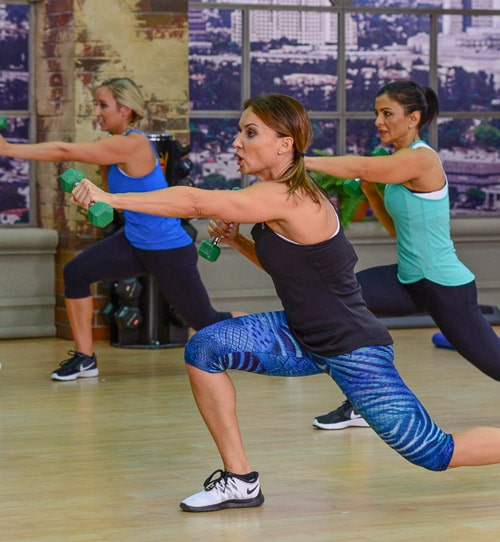 Chances are, you don’t have the speed or power of an Olympic sprinter or the endurance of a world-class marathoner. That’s okay. These are folks who are genetically gifted AND highly trained and it’s a pleasure to watch them in motion. It takes good genetics, training, and motivation to reach a world-class level. Yet, a speed and power athlete, like a sprinter, and a marathoner have very different talents.

The sprinter is fast-twitch dominant, meaning he or she has highly developed fast-twitch muscle fiber designed for contracting forcefully for short periods of time. In contrast, the marathon runner is slow-twitch dominant, meaning they rely mainly on slow-twitch fibers built for endurance. In this article, we’ll focus on aerobic or endurance exercise and the factors that go into giving you exceptional endurance. All in all, there are three main ones.

Now, you might wonder what factors impact aerobic capacity? One of the most important is an individual’s cardiovascular system – how efficient the heart is as a pump. In fact, research shows 70 to 85% of an individual’s V02 max is determined by how efficiently their heart can pump blood or oxygen. Another factor is how much oxygen-carrying hemoglobin you have in your bloodstream. If you have more hemoglobin, you can deliver a higher concentration of oxygen to tissues per heartbeat. That’s why anemia reduces exercise tolerance – you have less hemoglobin available to carry oxygen.

There’s a genetic component to aerobic capacity but you can also improve your aerobic capacity through exercise training by as much as 20%. Training improves the efficiency at which your heart pumps oxygen. It also boosts capillary density around tissues and amplifies the number of mitochondria inside cells so there are more around to make ATP. It also increases the enzymes that produce ATP within muscle cells.

Another factor that affects aerobic exercise performance is the lactate threshold. If you go out and run, or do any form of aerobic exercise, and gradually increase the speed or intensity, you’ll eventually reach a point where lactate or lactic acid builds up in your bloodstream. Why does this happen?

When oxygen becomes limiting, your cells use an anaerobic pathway to make ATP. This pathway produces lactate or lactic acid. Your body has the ability to buffer lactic acid up to a certain point. However, when lactic acid production exceeds this threshold, known as the lactate threshold, lactic acid and hydrogen ions start to build up in the bloodstream. The hydrogen ions lower the PH. The drop in PH interferes with enzymes and cellular reaction and you begin to experience muscle burning and fatigue. At some point, you’ll be forced to slow down or stop. Keep in mind, it’s not lactate itself that causes fatigue but the drop in PH and the cellular disruptions that go along with it.

Many experts believe that lactate threshold is a more important determinant of aerobic exercise performance than aerobic capacity. V02 max is most relevant when you’re doing a steady-state exercise like jogging at a moderate intensity. Yet, how many sports really follow that protocol? Even marathoners exercise at a higher intensity as they approach the finish line. A high lactate threshold helps you reach your maximal aerobic potential.

Exercise economy is how much energy you expend to do a certain amount of work. It’s a measure of how efficient your movements are. Since you require oxygen to do work, it’s also indirectly a measure of how much oxygen you use to perform a specific task. An example would be two runners. One runner has smooth, fluid movements while the other has lots of extraneous movements when they run. If they run the same distance at the same pace, runner B expends more energy and uses more oxygen to run the same distance compared to runner A. Runner B is less efficient and has a lower running economy.

These are the three main factors that influence aerobic exercise performance during aerobic exercise. Fortunately, you can improve these through training. Although running at a moderate, steady-state intensity for long distances will improve your aerobic capacity and, potentially, exercise economy, it won’t enhance your lactate threshold. That’s where high-intensity interval training comes in. Keep in mind that HIIT training can also improve your aerobic capacity as well. High-intensity interval training has multiple fitness benefits and now you know why.

On Fiynrdd. September/October 2016. “Unraveling the Science of Oxygen”

What Role Does Aerobic Capacity Play in Successful Aging?

What Types of Exercise Cause an Afterburn?

Can Circuit Training Help You Meet All of Your Fitness Goals?

Why Does Aerobic Capacity Go Down as You Age?

6 Reasons Why Cross-Training is the Smartest Way to Train