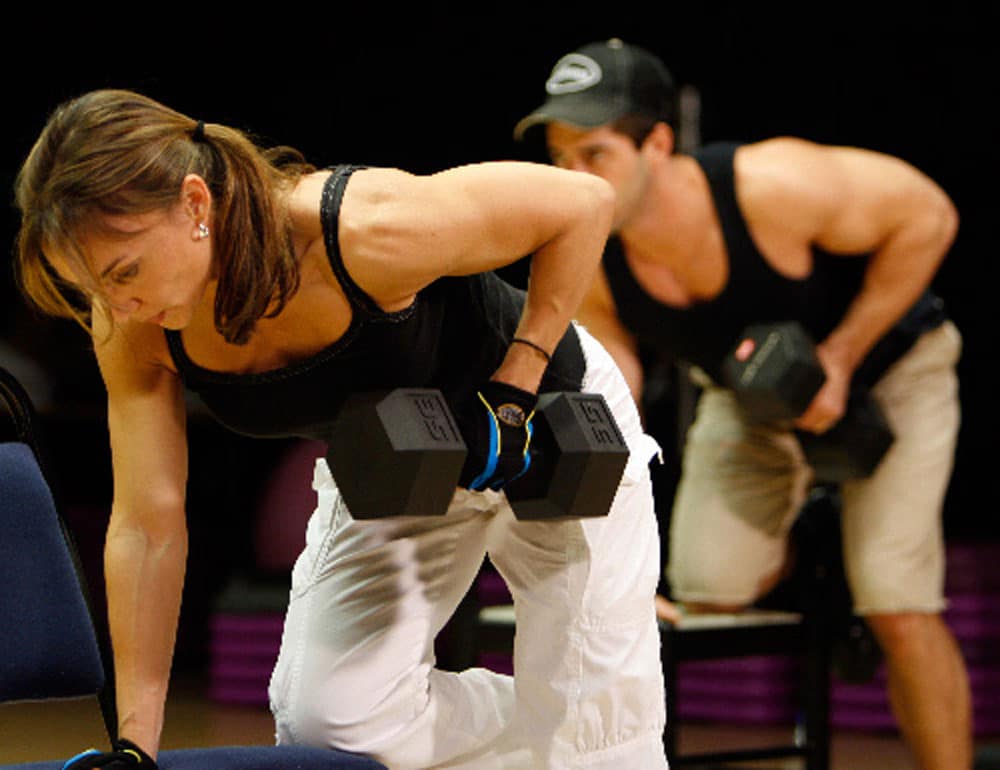 You may have heard differing opinions about lifting to failure. Some sources say that pushing your muscles to the point of temporary failure is beneficial for muscle growth and that you should do some sets to failure to exhaust your muscle and maximize training results.

If you don’t know, training to failure means working muscles to the point that they can’t muster up enough force to complete another rep. Your muscles and nervous system have reached short-term exhaustion and need a rest period to generate enough energy to continue. It’s a tough way to train! However, some proponents of training to failure suggest that people do it every time they train. They argue that training to failure maximizes gains.

Not that training to muscle failure doesn’t have benefits if you do it judiciously. For example, research shows that taking sets to failure increases lactate buildup in the muscle, signifying metabolic stress. Lactate accumulation and metabolic stress can be a stimulus for muscle growth. However, there are drawbacks to taking this approach often. Here are five you should know about.

It’s Not Necessary for Muscle Hypertrophy

Recent research shows you don’t have to train to failure to grow your muscles. In fact, a 2006 study looked at gains in strength and muscle size in response to failure training and non-failure training. For the study, 42 healthy men who were physically fit did similar exercises. The exercises were squats and bench press. The protocol comprised three sets of each exercise with 6 to 10 reps of each. One group trained to failure while the other did not. Although they used similar weight, they adjusted their reps and sets to achieve or avoid reaching failure. At the end of 6 months of training, both groups boosted strength and muscle size and the gains were similar. In this study, there were no advantages to training to failure.

Other research shows you don’t have to train to failure for muscle hypertrophy and strength gains. In fact, some show that stopping a few reps short of failure is more favorable for muscle growth.

It May Reduce the Anabolic Response

This doesn’t mean you should never do sets to muscle failure. Taking some exercises to failure and limiting failure to the final rep provides an added growth stimulus but shouldn’t interfere with anabolic signaling. Also, taking some sets to failure can help you break out of a strength or hypertrophy plateau and make new gains.

As you approach muscle failure, your muscles become less capable of generating force. To move the weight, stabilizer muscles have to chip in to get the job done. Your form also suffers as you’re forced to use momentum. At a cellular level, muscle cells also sustain more muscle damage when you force a muscle to work when it’s fatigued. You’ll experience more soreness, and this can reduce your motivation to train or negatively affect your form.

Training to failure has drawbacks, but it can be an effective way to boost muscle growth if you do it in moderation. Push your muscles to failure on some days, during some exercises, and limit failure to the last set. This should reduce muscle and central nervous system fatigue without interfering with the anabolic response.

On days you do more sets to failure, allow additional recovery time for your muscles and nervous system to recover. Also, if you include sets to failure, make sure you’re getting adequate protein and calories to support muscle hypertrophy. Good nutrition is always important, but even more so when you’re exhausting your muscles with failure training.

Also, consider using advanced training techniques, like supersets, drop sets, negatives, etc. to challenge your muscles differently. There are other ways to boost muscle growth when you’ve reached a plateau. Change your training variables regularly to avoid reaching a plateau.

As you can see, you don’t have to train to failure during most sets. In fact, you may experience greater gains and less fatigue and frustration if you only do it some days for some sets, preferably the last one.  So, don’t believe sources that tell you that you can’t make gains without reaching failure. Science says otherwise.

Do You Have to Lift to Failure to Build Lean Body Mass?

Do You Really Need More Exercise Recovery Time as You Age?

Weight Training: Is It Better to Do More Sets?