5 Hidden Toxins That Hide in Your Kitchen

5 Hidden Toxins That Hide in Your Kitchen 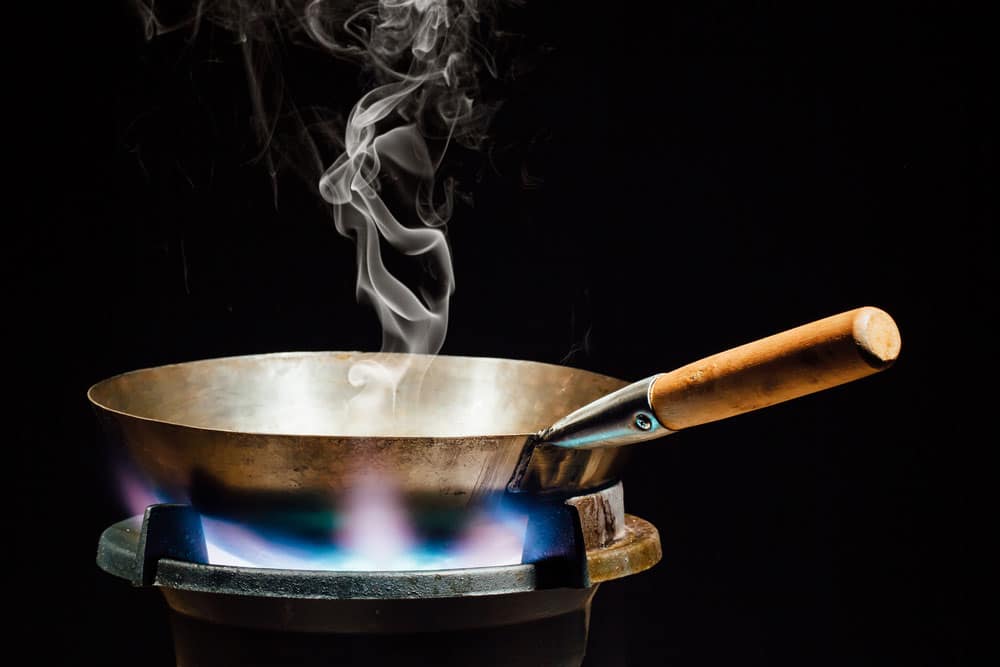 You might think the worst thing that can happen in your kitchen is a fire. Keep that fire extinguisher handy, but also be aware that certain items in your kitchen could cause health issues if you’re exposed to them long term. More people worry about air pollution than about the sources of pollution in their own homes. However, the Environmental Protection Agency (EPA) states that indoor air is more polluted than outdoor, and the kitchen is one source of such exposure to pollutants and harmful chemicals.  Let’s look at 5 toxic things that can hide in your kitchen that you might not be aware of.

Do you have non-stick cookware in your cabinets? Most skillets, waffle makers, and some pans have a nonstick coating made of Teflon to keep food from sticking to them. Teflon is a brand name for PFOA (perfluorooctanoic acid) and they’re convenient to cook with. At normal cooking temperatures, this coating doesn’t pose a known health risk. However, if you overheat the pan, the coating begins to break down and releases toxic fluorine-containing chemicals.

Should you eliminate non-stick cookware from your kitchen? That’s debatable, but you should make sure you use them safely. If you must cook with non-stick pans, don’t heat an empty pan on the stove, and make sure your kitchen has adequate ventilation. Keep cooking temperatures lower than 500 degrees F. If the pan becomes damaged or the non-stick coating starts flaking, discard the pan.

Cooking oils produce chemicals called aldehydes that have harmful effects on the human body. Plus, they release other concerning chemicals too. A study of non-smoking Han Chinese women found that those exposed to fumes from cooking oils had a higher risk of lung cancer and the risk increased in a dose-dependent manner. More exposure was linked with greater risk. On the plus side, using a fume extractor while cooking cuts the risk of developing lung cancer in half.

In addition, heating cooking oils to high temperatures, as with dep frying, produces other harmful chemicals, including polycyclic aromatic hydrocarbons (PAHs), heterocyclic aromatic amines, formaldehyde, and benzene. These are all chemicals that have harmful effects and can cause cell and tissue damage. Plus, these chemicals cause cancer in animals. It’s not just cooking oil fumes that are problematic. One study found that exposure to cooking fumes had short-term negative effects on lung function.

What can you do to protect yourself from cooking oil fumes? Make sure your kitchen has good ventilation. Keep the fan on your stove on and open the windows so that you have ample airflow. Also, use cooking methods other than deep frying and stir-frying to reduce your exposure to cooking oil fumes.

Canned foods may be convenient, but did you know most cans are lined with a resin called bisphenol A (BPA)? Scientists point out that BPA is an “endocrine disruptor” in animals, meaning it disrupts hormones that affect fertility and the risk of developing health problems, such as type 2 diabetes, obesity, and cancer.

You might argue that you aren’t eating the can. However, BPA from the lining of the can leaches into the can’s contents, especially for acidic products like tomatoes or tomato soup. Avoid buying canned food when possible and cook fresh or frozen. Prepare enough for the week and save the leftovers in glass or stainless-steel containers. Both are safe for food storage.

Plastic food containers suffer some of the same problems as canned foods, they may contain BPA. You might feel reassured that some manufacturers use BPA-free plastic in their products, but be skeptical. Two common BPA substitutes are bisphenol S and bisphenol F. Recent studies link these BPA alternatives to a higher risk of obesity, suggesting they may disrupt hormones in the same way BPA does. These substitutes have a similar chemical structure to BPA, so it’s not surprising that they could have similar risks. Again, stick to stainless steel or glass storage containers.

A Keurig machine is a convenient way to make your morning cup of coffee, but there are potential health concerns, especially if you use it every day. Components in the machine that liquid touches are made from BPA-free plastic. As mentioned, there are concerns that BPA alternatives are just as harmful as BPA and cause disruption of hormones. Plus, the liquid touches the plastic at a high temperature, increasing the risk of leaching plastic chemicals into your cup of coffee.

Look for safer ways to make your morning cup of coffee. An alternative is an old-style percolator or an automatic drip coffee maker. You could also opt for a cold brew coffee maker that’s free of plastic. There are alternatives available that don’t have plastic parts that touch the liquid.