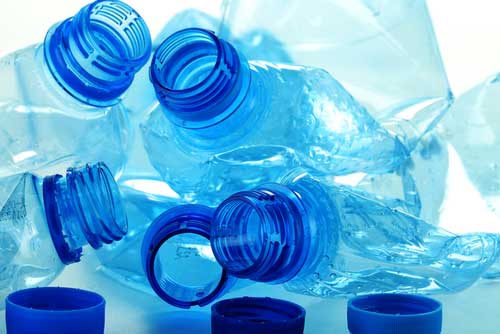 Plastic is convenient for storage – even in the refrigerator. Right? For one, it’s inexpensive and it doesn’t break as glass does. That’s why you see so many food items in grocery stores in plastic containers. Convenience aside, don’t be lulled into complacency. The material these handy containers are made of may contain a chemical called BPA, a chemical that’s come under increasing scrutiny over the past few years.

BPA is short for bisphenol A. It’s a chemical used industrially to make plastics and resins, including plastic containers many people use to store food in the kitchen and plastic water bottles. Until recently, BPA was also used in children’s products like pacifiers, baby bottles, toys etc., but the FDA banned BPA in baby products, including baby bottles, sippy cups, and infant formula packaging, in 2012 due to concerns about the health risks. Still, the FDA refuses to acknowledge that BPA is unsafe – just that it needs more research.

Unfortunately, many adult and baby products still contain BPA. Why is this a problem? Although not conclusively proven in humans, animal research suggests that bisphenol-A has similar activity to the female hormone estrogen. For example, it can bind to estrogen receptors and mimic the effects of natural estrogens that the female ovary produces. In animals, BPA is linked with infertility, disruption of hormones, and obesity. What’s less clear is whether it has the same effect in humans, although many scientists believe it does.

What makes products made with BPA more concerning is the fact that small amounts of the material can seep into food and liquid stored in a plastic container, especially if the contents are acidic. Leakage of BPA increases when you expose such containers to higher temperatures. In other words, the plastic water bottle you leave in your car in the sun may be exposing you to small amounts of BPA when you take a swig after a workout.

BPA exposure at low levels may or may not be a health risk, but when you consider how many products contain this chemical, concern is warranted. If you use packaged products, drink out of a plastic water bottle, and store your food in plastic, you’re potentially getting exposure to this controversial chemical. Plus, canned foods are lined with material that contains BPA. Those little exposures add up over time.

Some of the products you use every day that still contain BPA include beverage bottles, storage containers, dental sealants, the inner lining of water pipes, contact lenses, plastic utensil, and eyeglass lenses, to name a few.

Heck, even the receipts you get at stores are coated with a layer of BPA and it doesn’t stay on the receipt. There’s evidence that you absorb BPA from receipts when you hold one in your hand. If you use a hand sanitizer before handling a BPA-coated receipt, it increases absorption of the chemical even more. One study documented that BPA blood levels go up after handling BPA-coated receipts.

BPA in the Kitchen

Where BPA poses the greatest hazard is in the kitchen. Most storage containers for food and even the packaging that foods come in contains BPA. Have you ever picked up something that said “microwave safe?” That container won’t melt in the microwave but it can still potentially leach BPA when you microwave it.

Canned foods also pose a hazard due to the layer of resin that lines the inside of the can. Foods that are acidic, like tomato sauce, are more prone to leaching than non-acidic foods and liquids. Fortunately, some companies are changing their practices and eliminating BPA. For example, Campbell’s soup is committing to going BPA-free by 2017.

In response to the outcry against BPA, other manufacturers are now selling BPA-free plastic products. The replacement, most commonly, is BPA-S. What does “S” stand for? Hopefully, not “safe” since there’s evidence that it may not be.

When scientists exposed zebrafish, a model scientists use to study how chemicals affect genes and cells, to BPA-S it had similar effects as BPA. Specifically, it caused the accelerated development of embryos in the zebrafish and premature birth. The evidence suggests that it too is a hormone disruptor. So, it’s premature to say the alternative is any safer.

Of concern is the fact that a company that tests plastics called CertiChem analyzed more than 400 plastic products, some of which were labeled BPA-free. They found that the majority leeched estrogen-like chemicals into their contents.

How to Protect Yourself

The safest thing you can do is avoid all plastic containers, not just those containing BPA. Don’t be seduced by the “BPA-free” label. Alternatives to BPA may be just as harmful as bisphenol A itself. Instead, store food in glass, stainless steel, or ceramic containers. When you heat meals in the microwave, use ceramic or glass to hold the food.

Some appliances can be a problem too. Juicers and coffee makers usually have plastic parts. If you have a blender with a plastic container, replace it with a glass one. Some companies now offer a stainless steel blender container as an alternative. Also, stop storing leftovers and carrying sandwiches to work in plastic wrap. Paper or aluminum foil is a safer alternative.

It’s also best to avoid canned foods, even ones in BPA-free cans since the can still contain a plastic lining, even if it isn’t made of BPA. When you think about how pervasive plastics are, it’s hard to avoid it entirely, but the least you can do is reduce your exposure by taking these precautions.

Discover Magazine. “Receipts May Expose Us to High Levels of BPA”

CNN. “BPA-free plastic alternatives may not be safe as you think”

U.S. Food and Drug Administration. “Questions & Answers on Bisphenol A (BPA) Use in Food Contact Applications”

CertiChem. “The Issue of Endocrine Disruption”