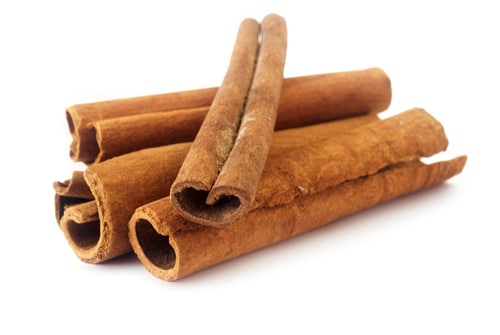 Insulin resistance is a common problem. Too many people are overweight and eat a diet heavy in processed foods that contain trans fats, bleached flour, and high fructose corn syrup. To make matters worse, most Americans are burning the candle at both ends, leaving little time for sleep. All of these factors contribute to insulin resistance. The problem with insulin resistance is it can eventually lead to type 2 diabetes and increase the risk of other health problems such as heart disease.

The most important thing you can do to reduce insulin resistance is to eat a whole food diet consisting of lean protein, fruits, vegetables and healthy fats such as the monounsaturated fats found in nuts and olive oil. Exercise regularly, and get at least seven hours of sleep a night. In addition, there are four supplements that may help to reduce insulin resistance.

A little cinnamon in your cereal could have substantial health benefits. Animal studies and preliminary research in human shows that cinnamon in quantities as little as ½ teaspoon helps to increase insulin sensitivity. The active ingredient in cinnamon allows insulin to more easily do its job of helping glucose enter cells. As a result, the pancreas can produce less. Less circulating insulin means a lower risk of heart disease and less belly fat.

Because cinnamon boosts insulin sensitivity, it’s the perfect spice for diabetics to sprinkle on oatmeal in the morning. More cinnamon isn’t better though. The kind of cinnamon you buy in the supermarket contains coumarin, a compound linked with liver toxicity. Don’t consume more than a teaspoon of cinnamon a day, or buy Ceylon cinnamon that’s much lower in coumarin.

Chromium is a trace mineral that helps insulin attach more easily to receptors on the surface of cells. This helps insulin function better, thereby increasing insulin sensitivity and reducing insulin resistance. Research shows that chromium boosts insulin sensitivity, but whether it helps people who already get enough chromium in their diet is unclear. One of the best sources of chromium is broccoli. Other good sources are grape juice, garlic, onions, and tomatoes. You can buy chromium in supplement form but talk to your doctor first.

Magnesium is involved in more than 300 chemical reactions in the human body. It also helps insulin work better. People who are deficient in magnesium are more likely to have insulin resistance. According to research published in Diabetes, Obesity, and Metabolism, magnesium reduces insulin resistance in both normal people and people with type 2 diabetes. The best food sources of magnesium are bran, lentils, tofu, almonds, cashews, and split peas. It’s also found in respectable amounts in seafood, coffee, and tea. Magnesium deficiencies aren’t common in people who eat a healthy diet, but chronic stress can increase the need for this mineral.

There are natural ways to reduce insulin resistance and ward off diabetes through altering your diet, and, possibly, by taking certain supplements. Eat a whole food diet that includes lots of non-starchy vegetables, lean protein and healthy fats such as those in olive oil, nuts, and fatty fish. Enjoy more magnesium-rich foods, and add a little cinnamon to your coffee to help reduce insulin resistance. And don’t forget to exercise.

Does Obesity and Insulin Resistance Make It Harder to Build Muscle?

Are You at Risk for Insulin Resistance?

Does Fructose Fuel Obesity and Insulin Resistance? Find Out What a New Study Shows

5 Lifestyle Factors That Increase Your Risk for Insulin Resistance

The Connection Between Insulin Resistance and Aging