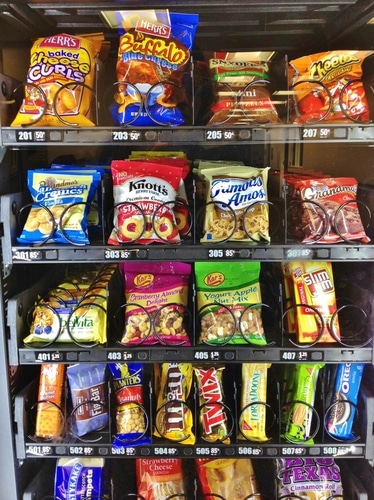 Insulin resistance is a growing problem and one that becomes more common with age. When cells are less responsive to insulin, the pancreas produces more to compensate so larger amounts are floating around in your bloodstream. Insulin has the function of helping glucose enter cells but it’s also a hormone that activates fat storage enzymes and de-activates enzymes that break fat down, essentially putting a “lock” on fat loss. The age-related decline in insulin sensitivity is one reason people gain weight as they age. The good news? Lifestyle and dietary habits have a major impact on insulin sensitivity. Here are some lifestyle habits that contribute to insulin resistance and how to fix them.

Do you head out the door in the morning on an empty stomach? A recent study published in Family Practice News showed that skipping breakfast triggers insulin resistance. When healthy non-diabetic females didn’t eat breakfast, their glucose and insulin were significantly higher in the afternoon than on days they had a morning meal. They also had higher levels of free fatty acids circulating in their bloodstream on no-breakfast days as well as decreased resting energy expenditure. Skipping breakfast could be a recipe for weight gain.

How to Fix It:

When you sit too long without getting up to move around insulin sensitivity decreases and other metabolic changes occur that put you at risk for weight gain and other health problems as well. Remember those studies showing too much-sitting increases mortality? Here’s the good news. A study published in Diabetes Care showed that taking a 2-minute light intensity walk every 20 minutes reduced glucose and insulin levels by 20% – a gentle reminder to get up out of your chair more often!

How to Fix It:

Set an alarm on your computer, iPhone or other devices to go off every 20 minutes. Then get up and move around or do active stretching for a few minutes. If possible, take a short walk. Don’t forget that more sustained periods of exercise including resistance training boosts insulin sensitivity too.

Processed foods that have had most of their fiber removed and ingredients like high-fructose corn syrup added increase insulin spikes and these insulin spikes promote insulin resistance. As if that isn’t bad enough, a study in mice showed that chemicals in processed foods trigger inflammation, another stimulator of insulin resistance. These chemicals called advanced glycation end products also form when foods are cooked to high temperatures, especially using dry heat, and play a role in heart disease and in aging.

How to Fix It

Cut back on processed foods and add more whole foods to your diet. Processed foods are problematic for a number of reasons – not just because they contribute to insulin resistance. Choose healthier ways to cook your foods. Grilling, roasting, toasting, barbequing, frying and browning all increase formation of advanced glycation end products of AGEs. Use moist cooking methods like steaming, poaching of stewing as much as possible. Enjoy more raw foods to reduce your exposure to AGEs.

Staying up late and skimping on sleep can come back to bite you. Lack of sleep boosts your appetite due to its effects on appetite hormones like leptin and ghrelin but it also sends your body into fat storage mode by reducing insulin sensitivity. Even one night of too little sleep has a negative impact on insulin sensitivity.

How to Fix It

Turn off computers and other electronics by 10:00 P.M. and start winding down. Take a warm bath to get ready for sleep. Aim for at least seven hours of restful sleep a night and, preferably, eight. Keep a record of how you’re using your time in the day if you constantly find you’re having to stay up late to get things done. Chances are you’re losing time during the day checking emails and getting distracted by other things. Reduce distractions during daylight hours so you can get things done early enough to get a peaceful night’s rest.

Drinking Too Much Coffee

Coffee is high in antioxidants and drinking moderate amounts of it has been linked with a lower risk for type 2 diabetes. But recent research in mice showed that drinking large amounts of coffee may actually promote insulin resistance and increase fat storage. An ingredient in coffee called chlorogenic acid seems to be the culprit. How much is too much? According to this study, the equivalent of more than 5 or 6 cups a day. Keep in mind this study was carried out in mice but it does raise questions about guzzling down one cup of coffee after another.

Insulin Resistance: How to Fix It

Limit coffee consumption to no more than 3 or 4 cups a day. When you do drink it, add a pinch of cinnamon, a spice that’s known to boost insulin sensitivity. In between cups of coffee, drink more of the universal beverage – water.

It’s important to tame insulin both for weight control and your health. Give these five tips for boosting insulin sensitivity a try.

How Much Weight Loss Do You Need To Improve Your Health? You Might Be Surprised!