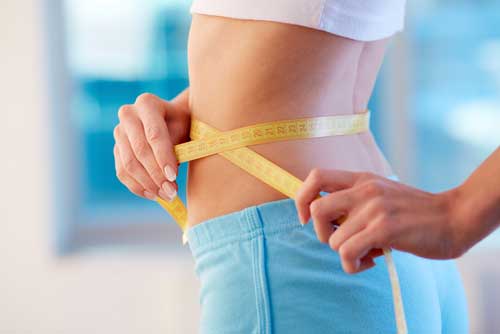 Lifestyle is a factor in how much you weigh but there’s a lot going on “behind the scenes” that affects your weight – specifically, hormones. Your body produces a variety of hormones that directly or indirectly affect your weight. Lifestyle can influence the levels of some of these hormones, so you do have some control over their effects. What are some of the key hormones that impact your weight?

Leptin is the master hormone when it comes to controlling your appetite, and indirectly, your weight. Interestingly, leptin comes from the Greek word “leptos,” which means thin. Leptin is a newcomer to the weight control scene. It wasn’t even discovered until the mid-1990s but its discovery has changed how we look at fat cells.

How does leptin control your appetite? Leptin is produced by fat cells. When the amount of fat stored in your fat cells increases, fat cells produce more leptin. Leptin, in turn, signals your brain that you have enough stored energy and your appetite decreases. At the same time, your metabolism speeds up in response to increased energy stores.

At the other end of the spectrum, when fat cells sense a lack of energy, leptin levels decrease. A signal is sent to the brain and you feel hungry. In addition, your metabolism slows to conserve energy.

The leptin-brain interaction sounds like an efficient system but, as with most systems, imbalances can occur. People who are overweight or obese often develop leptin resistance. Because their fat cells produce so much leptin, cells in the brain that monitor it become resistant to it. Then, when leptin signals the brain to shut down the desire to eat it falls on “deaf ears”, or deaf brain receptors, however, you want to look at it.

People with leptin resistance have an increased appetite and experience more cravings than people with normal leptin sensitivity. As a result, they eat more and gain weight. The weight gain further worsens leptin resistance, leading to a vicious cycle that’s hard to break out of. To improve leptin sensitivity, make sure you’re getting enough sleep. You need adequate sleep for leptin to work properly to control your weight and appetite and your metabolism. Eliminate high fructose corn syrup from your diet. There’s evidence to suggest that it contributes to leptin resistance.

Thyroid hormone is the master regulator of your metabolism. This small gland that lies just beneath your Adam’s apple in your neck has a lot of jobs to fill. Not only does it regulate your metabolism, but it also affects growth, body temperature and the function of almost every organ in your body. When your thyroid hormone level is too low, your metabolism slows and you gain weight. In addition, you may experience other signs and symptoms including dry skin, depression, hair loss, constipation, hoarseness, fatigue, and cold intolerance. Hypothyroidism, an underactive thyroid, is a fairly common problem in women after menopause.

You can have more subtle changes in thyroid function when you restrict calories. One study showed eating a restricted calorie diet with minimal carbs reduced T3, the active form of thyroid hormone by 47%. Chronic stress can also affect thyroid function by increasing conversion of active T3 to reverse T3, an inactive form of thyroid hormone. This inactive form blocks the activity of active T3 and slows your metabolism Take-home point? Don’t lower your calorie intake too much.

Insulin is another hormone that impacts your body weight. The primary role of insulin is to help get glucose into cells where it can be used for energy or stored as glycogen. People who have type 1 diabetes lack insulin. As a result, glucose stays in their bloodstream because it can’t get into cells where it’s needed. Insulin does something else – it promotes fat storage and blocks fat breakdown. People who eat diets high in sugar and processed carbohydrates or are obese experience insulin spikes and may have higher insulin levels. Not only does this reduce their ability to break down fat, but it can also lead to insulin resistance.

Like leptin resistance, insulin resistance is a problem where cells no longer respond to insulin. As a result, more insulin must be produced by your pancreas to get glucose into cells. Insulin levels in the bloodstream become chronically elevated, making fat breakdown almost impossible. Plus, if insulin resistance isn’t corrected, the burden of producing all that insulin may take its toll on the pancreas so it can’t produce enough insulin to get glucose into cells. That’s when type 2 diabetes sets in.

Insulin resistance is linked with other problems including high blood pressure, elevated triglycerides, fatty liver, increased storage of fat around the waistline and a higher risk for heart disease. How can you correct the problem of insulin resistance? Exercise, both aerobic and resistance training, increases insulin sensitivity and helps reduce insulin resistance. Dietary changes, eliminating processed carbs and sugar, helps too.

Cortisol is often dubbed the “stress hormone” – for good reason. Cortisol levels rise when you’re under emotional or physical stress including lack of sleep, over-exercising, and aggressive calorie restriction. Cortisol can undo the benefits of your fitness training by making it harder to build lean body mass and by increasing belly fat. Getting fluffy around the waistline? Could be the effects of cortisol. Even worse, long-term elevations in cortisol put you at higher risk for health problems like type 2 diabetes and heart disease as well as suppresses your immune system.

Cortisol also increases your appetite and makes it harder to resist carby, sugary foods. Getting enough sleep and consuming protein first thing in the morning and throughout the day helps stabilize your blood sugar while blunting the effects of cortisol. Keep your cardio workouts shorter and more intense – no long-distance running – to help keep your cortisol levels stable.

These aren’t the only hormonal players that conspire to increase your weight – but they’re the major ones. As you can see, your dietary habits and training can influence these hormones. Make sure you’re making the right choices.

Why Belly Fat is So Hard to Get Rid Of

Thyroid Health: How to Keep Your Thyroid Gland Healthy