4 Common Nutritional Deficiencies Most People Don’t Know They Have 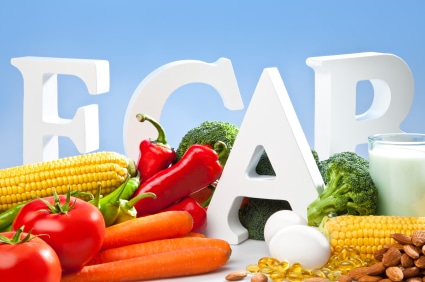 Despite the easy availability of food, many people still don’t get adequate levels of some nutrients. Sure, most people get more than enough calories in their diet, but too many of these calories are empty ones with little nutritional value. This leads to weight gain and poor nutrition. Curious about what some of the most common nutritional deficiencies are? Here are four vitamins and minerals many people don’t get enough of.

The best source of vitamin D is natural sunlight. When the sun’s rays hit your skin, it converts a compound present on the surface of your skin to a vitamin D precursor. Your liver and kidneys can process this precursor to make active vitamin D. People who live in areas that don’t get direct sunlight are more likely to be deficient in this vitamin that’s so important for maintaining healthy bones. Vitamin D also may play a role in preventing some diseases such as multiple sclerosis, type 1 diabetes, heart disease, Parkinson’s disease and some types of cancer.

Getting enough vitamin D is challenging for people who live in areas without a lot of direct sunlight. It’s found naturally in only a few food sources such as fatty fish and fortified milk, cereal and eggs. In some areas, up to 75% of people have low blood levels of vitamin D. If you don’t get sunlight regularly, ask your doctor to check a vitamin D level.

Calcium works in conjunction with vitamin D to maintain healthy bones. It’s estimated that over half of people don’t get enough calcium to keep their bones strong and healthy. Vegans and people who don’t consume dairy products are at the highest risk, and calcium absorption decreases with age, so older people need more. You don’t necessarily need to eat dairy foods to get enough calcium, although avoiding them makes it more challenging. Orange juice is fortified with about 250 milligrams of calcium, a little less than the amount in a cup of milk. Soy and rice milk also usually have added calcium. Other good non-dairy sources of calcium include dark, leafy greens, salmon with the bones and broccoli.

According to the Centers for Disease Control, iron deficiency is the most common nutritional deficiency in the United States. When iron levels fall too low, it leads to iron deficiency anemia and symptoms of fatigue and poor exercise tolerance. People who are most at risk are women of child-bearing age, vegetarians and women who are pregnant. Iron is most abundant in red meat. There are vegetarian sources of iron such as soy-based products, lentils, quinoa, spinach, leafy greens, and beans, but these are not as readily absorbed as iron from meat. It’s easy to check your iron status through a blood test. Don’t take iron supplements unless you know you’re deficient. Too much iron can cause health problems.

Vitamin B12 deficiency is not uncommon, especially in older people and strict vegans. Vegans are at risk because vitamin B12 is found naturally only in meat and dairy products, although some cereals, soy milk, and meat substitutes are fortified with it. You need vitamin B12 to make healthy red blood cells and to make myelin, the sheath that covers nerves. People who don’t get enough vitamin B12 develop anemia and neurological problems that can lead to complete paralysis. Lack of vitamin B12 isn’t compatible with life. People who take medications called proton pump inhibitors don’t absorb B12 well due to lower levels of stomach acid. If you eat a vegan diet, take proton pump inhibitors or you’re over the age of 60, ask your doctor to check a B12 level.

The best way to reduce the risk of nutritional deficiencies is to eat a whole food diet that includes a variety of foods such as lean sources of protein, fiber-rich carbs, and healthy fats. If you don’t eat dairy products, get your daily calcium by drinking fortified orange juice, soy milk and by eating more leafy greens. Get a vitamin D level checked. If it’s low, ask your doctor about taking a vitamin D supplement.

A New Reason to Get Omega-3s From Fish Not Supplements

6 Nutrients You Find Only in Meat and Dairy

Do You Have a Vitamin C Deficiency?

Can You Get All the Nutrients You Need from a Plant-Based Diet?

How to Tap Into the Power of Nutrient Synergy

5 Factors That Affect Nutrient Absorption From Your Diet