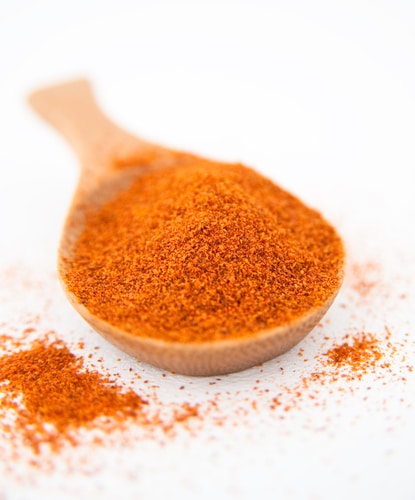 Spices make foods taste better, but some of these powerful flavor enhancers have other benefits too. Not only are some spices a good source of antioxidants, but they may also help with the battle of the bulge. Discover three common spices that could help you lose pounds and body fat.

Spices for Weight Loss: The Power of Turmeric

If you’ve ever had a curry dish at an Indian or Thai restaurant, you’ve experienced the power of the aromatic golden spice called turmeric. It’s long been known that turmeric has anti-inflammatory properties, but new research suggests it could keep your waistline slim too.

Tumeric gets its medicinal benefits from a polyphenol called curcumin. When researchers at Tufts University fed mice a diet high in fat along with a dose of curcumin from turmeric, the curcumin-fed mice gained less weight. Researchers speculate that curcumin prevents new blood vessels from reaching fat tissue, which hampers its growth. Human trials are still pending, but until then, enjoy more curry dishes flavored with this unique spice.

How About a Taste of Cinnamon?

In recent years, cinnamon has been recognized as a spice that reduces blood sugar, but it could tighten up your waistline too. According to a British study, people who enjoyed the equivalent of four quarter-teaspoon servings of cinnamon a day lost significantly more weight and body fat than those who took a placebo.

How does it work its magic? Cinnamon increases insulin sensitivity, so the body produces less of this fat-storing hormone. It’s particularly beneficial for people who carry fat around the middle, the infamous love handles, that everyone would like to see less of. To trim those “handles”, add cinnamon to your coffee or cereal and work out at least 4 days a week. Even cinnamon lovers need exercise to stay trim. Enjoy cinnamon in its natural form, but talk to your doctor before taking a high-powered cinnamon supplement.

Eager to lose abdominal fat? Flavor your food with a little cayenne pepper. It not only heats up your mouth and taste buds but fires up your metabolism too. In a study published in the American Journal of Clinical Nutrition, folks who supplemented with capsaicin lost more abdominal fat and total body fat than those who didn’t.

Capsaicin seems to promote weight loss in two ways, by boosting thermogenesis and by suppressing appetite. Want to bump up the fat burn even more? Enjoy cayenne pepper foods with a cup of green tea. Cayenne pepper and the catechins work together to boost metabolism. Besides, you’re going to need something to cool your mouth down after all that heat.

Spice Up Your Favorite Foods

Adding these spices to your diet won’t substitute for a healthy diet and a regular workout, but these flavor enhancers can be one more tool in your fat-burning arsenal. Enjoy their taste, and love what they can do for your waistline.

Do These 5 Foods Boost Weight Loss or Not?

Turmeric is a Tasty Spice but Are the Health Benefits Overstated?

2 thoughts on “3 Spices That Help With Weight Loss”