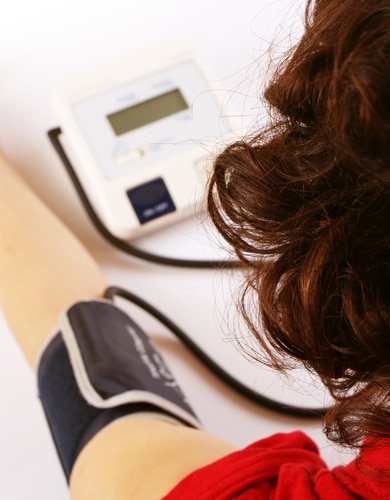 One in three Americans have high blood pressure but only about half have blood pressures that are well-controlled. It’s easy to get lulled into complacency with hypertension. Most people are blissfully unaware that they have it, but despite their lack of awareness, high blood pressure silently damages blood vessels throughout your body and vital organs like your kidneys, heart and brain. It truly is a silent killer.

Hypertension is a concern for both men and women because it’s a leading contributor to heart disease, a condition that’s often underdiagnosed in women. Here are some common myths about hypertension in women you should be aware of to keep your own heart and blood vessels healthy.

It’s true that men have a higher average blood pressure and a greater incidence of hypertension during early adulthood and middle age, but women rapidly “catch up” after menopause. By age 65, more women than men have high blood pressure.

Hypertension Myth: Women Are More Likely to Have Well-Controlled Blood Pressure than Men

It may be more important for women to reduce their sodium intake than men. A large study called the dietary Approaches to Stop Hypertension Trial (DASH) showed that women who reduced the amount of sodium in their diet experienced significant improvements in blood pressure. One study even showed that sodium reduction improved blood pressure control better than aerobic exercise.

Hypertension Myth: If You’re Genetically Programmed to Get Hypertension, You’re Going to Get It

You may have genes that predispose you to hypertension but that doesn’t mean they’ll be expressed. Lifestyle changes including regular exercise (both aerobic and resistance training), weight loss if you’re overweight, sodium reduction and taking measures to reduce stress all help to delay or even prevent hypertension.

It’s also important to eat a potassium and magnesium-rich diet and fatty fish since there’s evidence that omega-3s help to lower blood pressure. Doing these things can help delay the onset of hypertension, control high blood pressure and even prevent it in some cases. Plus, these are all heart-healthy habits you should be doing anyway.

TheHeart.org. “HRT ups BP; risk of hypertension higher with longer duration of use”