Why You Might Need More Sunlight Than You’re Probably Getting

Why You Might Need More Sunlight Than You’re Probably Getting 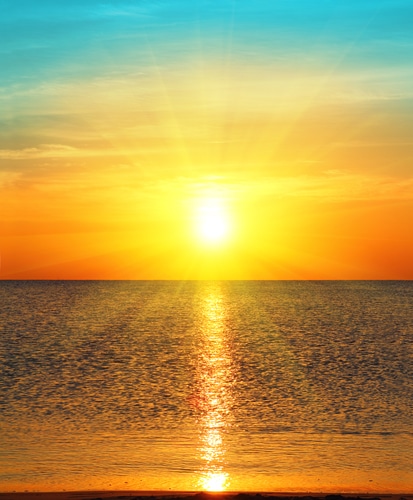 If you spend your days holed up in an office beneath row after row of fluorescent lights, you probably don’t give much thought as to what it might be doing to your health. In fact, like many people today, you’re probably so busy that you don’t think very much about your health at all. You might even be telling yourself that by remaining indoors, you’re avoiding those ultraviolet rays of death that we’ve all heard about, that can cause everything from premature wrinkles to skin cancer. However, sunlight is still vital to all life on earth, including yours. While there’s no disputing that too much exposure can hurt you, too little sunlight can also cause your body considerably more harm than you might think.

This is the biggest one you’re missing out on, by staying indoors. Unlike most of the vitamins your body needs, vitamin D is different in the sense that it can actually be produced in your own skin, through a photosynthetic reaction that depends entirely on ultraviolet radiation (UVR). How much vitamin D your body produces depends on several factors and can be impeded by excess body fat, sunscreen, clothing and even your skin color (based on the amount of melanin). According to the National Institutes of Health, a light-skinned person that spends a half-hour in the sun during the summer months can produce up to 50,000 IU (international units) of vitamin D within 24 hours. Similarly, a tanned person would yield around 20,000 to 30,000 IU and a darker-skinned person might produce 8,000 to 10,000 IU, in the same setting.

If you’re wondering why this one vitamin is so important to your health and longevity, take a look at some of the conditions associated with vitamin D deficiency:

An ongoing debate continues as to whether the current emphasis on staying out of the sun to prevent skin cancer might be obscuring a much larger problem posed by even deadlier cancers, such as those of the lungs, breasts, and colon, which can at times be attributed to vitamin D deficiency. While further studies are still needed with regard to other diseases, the scientific community has been observing this relationship since the late 1800s. It has long been noted that at various times in the history of mankind, increases in some of these same diseases have occurred. A growing body of researchers believes this phenomenon might be tied to migration patterns that involve changes in either altitude or latitude, both of which can affect exposure to sunlight.

Hormone secretion is one of the many important bodily functions that are dependent upon our circadian rhythms. Melatonin is one such hormone that is typically produced during the dark hours, while we’re asleep. Some of its roles include countering infection and inflammation, as well as helping to bolster the immune system and fighting cancer. It also helps to suppress the damage caused to the skin by UVR. Studies have shown that exposure to sunlight in the morning hours leads to earlier nocturnal melatonin production, which can make it easier to fall asleep. The amount produced also varies with the availability of sunlight, meaning that more of it is produced during the winter months, when sunlight is most scarce. Using this exposure to morning sunlight to manipulate melatonin rhythms has been used effectively against insomnia, as well as premenstrual syndrome and seasonal affective disorder (SAD), also known as seasonal depression, or the “winter blues.”

Seratonin, a melatonin precursor, is equally affected by sunlight exposure. The difference is primarily that serotonin is produced during the daylight hours and it converts to melatonin at night. High serotonin levels (such as would be expected during the summer months, when the days are longer) have been associated with elevated moods and what we like to call “sunnier” dispositions. Research seems to indicate that low serotonin levels during the daylight hours, along with the corresponding delayed melatonin production at night, can lead to SAD.

How Much is Too Much Sunlight?

In order to reap all of the benefits of natural sunlight, one still has to exercise a certain degree of caution. A standard for a healthy amount of exposure can be tricky to ascertain because a light-skinned person will need less sunlight to activate vitamin D synthesis and will also be the first to suffer from sunburn. However, the alternative can be somewhat impractical. The minimum amount of vitamin D required is around 400 IU, which would require drinking around a liter of milk per day. When considering factors such as lactose intolerance, excessive consumption of milk is not something that would be appropriate for everyone. While vitamin D supplementation is common, there are some rather serious drawbacks to over-supplementation, such as possible calcification of soft tissue and bone resorption. Clearly, the most natural means of acquiring this needed vitamin is by producing it ourselves, as nature intended. While midday summer sun would certainly be most effective, it can also be the most dangerous for the fair-skinned. Morning and evening sun exposure are considerably safer, in regular short bursts of 10 to 15 minutes, daily.

If we can conclude anything from this, it’s basically that people who get a little bit of morning sunshine on a regular basis are simply happier, healthier people. This is not to be confused with the type of reckless exposure that leads to premature wrinkles, leathery skin, and cancer. Think of sunlight in terms of its medicinal value and remember that it should be enjoyed in moderation, like any other type of medicine. It should be noted that while studies continue to look for other possibly overlooked benefits, there is really nothing “new” about what has been discovered. Most of these findings are simply supporting what our ancestors knew about the benefits of sunlight, long ago.

Can You Get Enough Vitamin D from Sun Exposure Alone?

How to Avoid Vitamin D Deficiency in the Winter

What is the Ideal Vitamin D Level for Health?