Why Do Women Gain Belly Fat With Age, and What Can They Do About It?

Why Do Women Gain Belly Fat With Age, and What Can They Do About It? 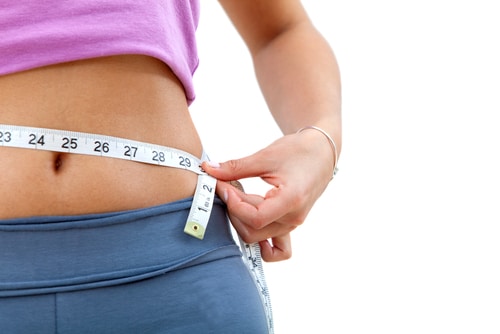 This accumulation of belly fat is concerning not only from an aesthetic standpoint but from a health perspective as well. Some of the waistline padding comes from increased visceral fat, the kind of fat that lies deep in the pelvic cavity and is linked to heart disease and type 2 diabetes and some types of cancer.

What causes an increase in belly fat as women move towards menopause? Blame it on dwindling levels of estrogen. During a woman’s reproductive years, estrogen levels are high, and fat accumulation occurs mostly around the hips and thighs.

As estrogen levels start to decline around the time of menopause, fat increasingly plants itself around the waist and tummy, sparing the hips and thighs while giving rise to an unwanted tummy bulge. To make matters worse, visceral belly fat produces hormones that increase insulin resistance. This makes the problem worse, creating a vicious cycle of insulin resistance and tummy fat accumulation.

How do changes in estrogen alter where women store fat? Accumulating body fat in the hip and thigh area prepares women for reproduction. Fat cells in the hips, thighs, and buttocks have estrogen receptors, and these receptors respond to estrogen by laying down more fat. As estrogen levels fall during menopause, these receptors are stimulated less, so fat makes its way to a woman’s tummy and waistline instead. Some visceral fat cells also produce estrogen. Putting on more visceral fat may be the body’s way of boosting estrogen production after the ovaries can no longer produce it.

Is It All in Your Head?

The brain also seems to play a role in age-related weight gain in women. In mice, researchers discovered that the brain has estrogen receptors called ER-alpha receptors. These receptors turn off appetite and boost metabolism. When estrogen levels decline with age, these receptors no longer get the same stimulation. This causes appetite to increase and metabolism to slow down.

What about estrogen replacement therapy? There’s no conclusive evidence that taking hormone replacement therapy wards off belly fat after menopause, and hormone therapy has side effects including an increased risk of breast cancer.

The best way to keep belly fat at bay is to do regular, high-intensity aerobic exercise and resistance training. Both men and women lose muscle mass with age, and this leads to a slow down in metabolism. Growth hormones levels also decline, which further stymies fat burning. Resistance training and high-intensity exercise boost lean body mass and growth hormone levels, which help keep belly fat at bay.

Diet plays a role too. Eating a diet that keeps insulin levels stable and cutting back on calories can help. With age, women need fewer calories. After a woman reaches the age of forty, her calorie requirements drop by 1%  to 2% each decade. Eating healthier carbs that are high in fiber combined with lean protein sources helps to stabilize insulin levels, which in turn helps to control belly fat. Eating a teaspoon of cinnamon a day also helps insulin function better and reduces insulin spikes.

Belly fat starts to creep up around the time of menopause, but high-intensity exercise, resistance training, and a healthy diet can reduce the amount of stubborn abdominal fat that makes its appearance with age. Increase the intensity of your workouts and trim back the number of calories you eat and regain control of your expanding waistline.

Harvard Health Publications. “Abdominal Fat and What to Do About It”
Science Daily. “Revealing Estrogen’s Secret Role in Obesity”

What Impact Does Exercise Intensity Have on Abdominal Fat Loss?

Why You’re Lean but Still Have Too Much Belly Fat