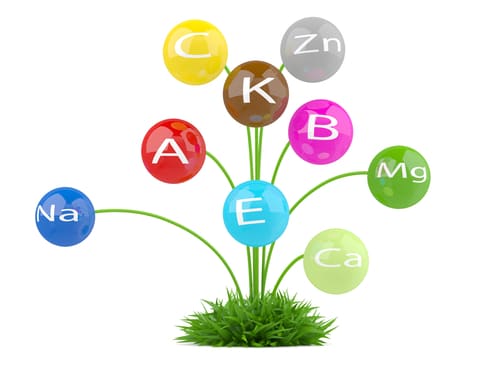 Zinc is a very active mineral. It takes part in hundreds of different chemical reactions and is found in every tissue in the body. Most people get enough zinc in their diet to avoid a zinc deficiency, but up to a third of people aren’t getting enough for good health. How much do you need? Recommended zinc requirements for men are 11 milligrams per day and 8 milligrams per day for women, but there are two groups of people who may need more than this amount – people who work out and older people. Here’s why.

Why You May Need More Zinc as You Age

According to researchers at Oregon State University and the OSU College of Public Health and Human Sciences, proteins that transport zinc into cells in animals approaching their senior years don’t work as well. This puts older animals and possibly older people at risk for zinc deficiency. Why is this important? Zinc plays a vital role in controlling the body’s immune response. When zinc levels are low it leads to whole body inflammation and DNA damage that increases the risk for a number of health problems including heart disease and cancer. Zinc is also important for wound healing, fertility, and bone mineralization.

Athletes and people who do high-intensity workouts appear to need more zinc than those who are sedentary. In a study carried out at the ARS Grand Forks Human Nutrition Research Center, male athletes ate a diet containing 18 milligrams of zinc daily while another group consumed only 3 milligrams a day for nine weeks. The athletes that ate the diet lower in zinc showed a measurable drop in cardiovascular fitness. The reason? Zinc is necessary to make an enzyme called carbonic anhydrase that picks up “waste” carbon dioxide from tissues and carries it to the lungs to be released. A decline in the ability to do this has a negative impact on endurance and athletic performance.

How common is zinc deficiency among athletes? According to a study published in Sports Medicine, mild zinc deficiency is frequently seen in endurance athletes. This can put them at risk for reduced endurance, loss of muscle mass and at greater risk for osteoporosis. In addition, low zinc levels reduce muscle strength and power, so inadequate zinc could affect performance during both endurance exercise and exercise that requires strength and power.

A study published in the American Journal of Clinical Nutrition showed that people who do endurance and other forms of strenuous activity are at greater risk for zinc deficiency.

Do You Have a Zinc Deficiency?

If you spend a lot of time working out, especially if you eat a diet low in protein or restrict calories, you’re at greater risk for zinc deficiency. To find out if you are, your doctor can check a plasma zinc level, but there are some problems with this test. It works well for detecting significantly reduced levels of zinc but isn’t very good for mild or borderline cases. That’s why athletes and older people should add more zinc-rich foods to their diet.

Getting zinc through diet is better than using a supplement since getting too much zinc through supplementation can lead to a copper deficiency. That’s because zinc blocks the absorption of copper. Copper deficiency typically manifests as anemia and neurological damage. Some of the best dietary sources of zinc are protein-rich foods like oysters, beef, chicken pork and lamb. That’s why vegetarian athletes and older vegetarians are at particularly high risk. Non-meat sources of zinc include pecans, pumpkin seeds, chickpeas, beans, and wheat germ.

Zinc deficiency is not uncommon and there’s some evidence that you need more if you’re athletic or a senior. Make sure you’re getting enough of this mineral that’s so vital for good health.

5 Nutrients You May Need More of as You Age