Whole Eggs vs. Egg Whites: Is One More Effective for Muscle Protein Synthesis?

Whole Eggs vs. Egg Whites: Is One More Effective for Muscle Protein Synthesis? 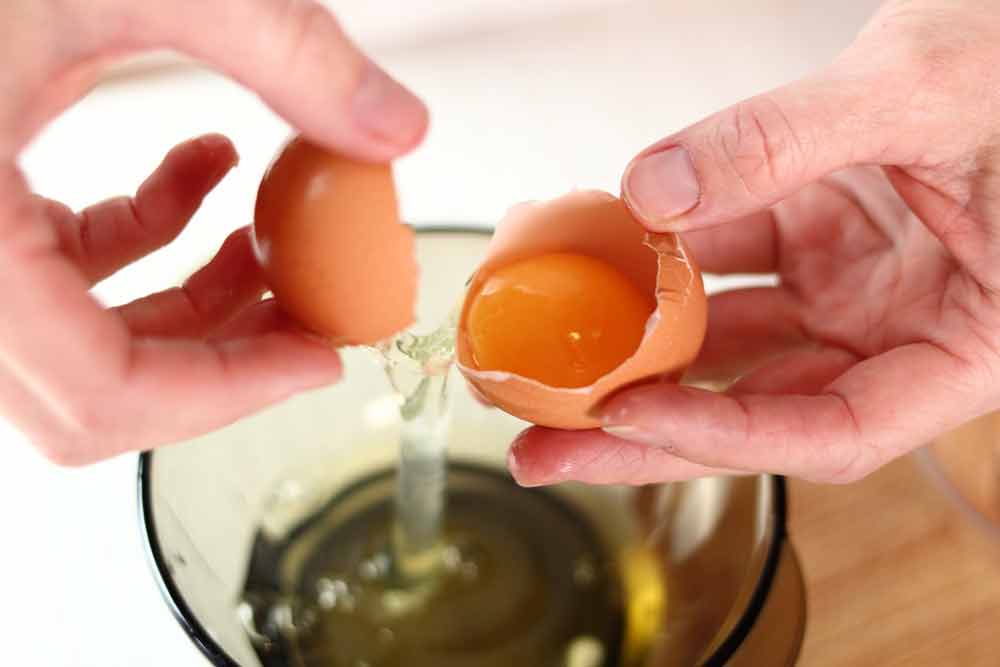 They call it the incredible, edible egg for a reason. Eggs are one of the most nutrient-dense foods in existence. They’re also a source of high-quality protein. In fact, egg protein is often used as a standard by which the protein content of other foods is judged. With a biological value of 100%, a measure of how bioavailable the protein in eggs is, it’s not surprising. Compare that to beef which has a biological value of 80. So, eggs top beef in terms of how readily your body can assimilate their protein and use it to jumpstart muscle protein synthesis. Some people, rather than eat whole eggs, consume egg whites. One reason is that egg whites contain protein, yet they’re lower in calories as they lack the fat found naturally in an egg. But, are people who choose egg whites over eggs missing out?

Which Is Better – Whole Eggs or Egg Whites?

Some people, rather than eat whole eggs, consume egg whites. One reason is that egg whites contain protein, yet they’re lower in calories as they lack the fat found naturally in an egg. But, are people who choose egg whites over eggs missing out? A new study published in the American Journal of Nutrition looked more closely at the effects of whole eggs versus egg whites on muscle protein synthesis. They asked ten young, resistance-trained men to do a single bout of resistance training. After the workout, the men consumed either egg whites or whole eggs. They then checked the blood of the participants and did muscle biopsies to monitor muscle protein synthesis after the egg meals.

What they found was egg-derived leucine, an important amino acid for muscle protein synthesis entered the bloodstream of the participants more quickly after the egg white meal than the whole egg meal, but the total amount of leucine ultimately was the same. Yet, muscle protein synthesis was greater after the whole egg meal than the meal of egg whites. This was true despite the fact that each meal contained an equivalent amount of protein.

At least in this study, whole egg stimulated muscle protein synthesis more than egg white, despite leucine entering the bloodstream from egg whites more quickly. Why might that be? Egg whites are exclusively protein whereas whole eggs contain fat from the yolk. In fact, an egg yolk has around 4.5 grams of fat. Whole eggs with the yolk intact are also more nutrient dense since many of the nutrients in an egg are in the yolk. However, egg whites still contain some calcium, magnesium, potassium, selenium, and folate, so they aren’t completely devoid of nutrition. The key difference is the lack of fat in egg whites.

So, why, in this experiment, did whole eggs boost muscle protein synthesis more than egg white? Scientists actually expected otherwise. The thought was that the fat in whole eggs would slow the rate of protein digestion and stimulate muscle protein synthesis LESS than did egg whites. But, they actually found the opposite. The reason is unclear and it’s possible that it has something to do with the fat in eggs. Also, keep in mind, this is a single study involving only ten men. So, it’s premature to say that whole eggs are superior to egg whites for turning on the synthesis of new muscle proteins.

There are many possible reasons to eat whole eggs over egg whites. As mentioned, a whole egg contains more natural vitamins and minerals relative to egg whites. Although egg whites contain some vitamins and minerals, they lack riboflavin, vitamin B12, iron, and contain only modest amounts of vitamin D. Whole eggs also contain another B-vitamin-like component called choline that is important for brain health. Plus, the fat in eggs delays movement through the digestive tract, thereby reducing blood sugar and insulin surges. That’s important since insulin surges are often followed by energy crashes where you feel tired and hungry. So, whole eggs give you a sustainable energy source to keep you hopping along even after your workout is over.

Other Benefits of Eating Eggs

Another distinguishing feature of eggs is their high satiety value. In 2008, a study showed that overweight individuals who ate eggs for breakfast versus a calorically equivalent serving of bagel lost 65% more weight. Another study showed that eggs have a satiety index of 50% higher than equivalent amounts of cereal or white bread. If you’re trying to lose body fat, a breakfast of eggs will serve you better than a bowl of carb-heavy breakfast cereal, a bagel, or a muffin.

Whole eggs and egg whites are both an excellent source of protein, but you get so much more than protein when you eat a whole egg. Egg whites lack certain key vitamins and minerals, particularly vitamin B12, riboflavin, iron, and vitamin D. They’re also devoid of choline. You might also be surprised to learn that whole eggs contain carotenoids, zeaxanthin, and lutein, that may lower the risk of age-related macular degeneration, a common cause of blindness in older people. Plus, now a study shows that eating eggs in their whole state may give a greater boost to muscle protein synthesis. More research is needed in this area but it’s another possible reason to eat eggs without removing the yolk.

With eggs, you have the most bioavailable source of protein in whole food form. Too often, people reach for protein bars, protein drinks, and other processed sources of protein when they could just as easily keep hard-boiled eggs in the refrigerator for a quick, protein-rich snack. With eggs having a biological value of 100%, you can’t beat them for a protein source. It’s shortsighted to reach for egg whites because they’re lower in calories or because they lack fat or cholesterol. The amount of fat in whole eggs is modest. Plus, there’s no evidence that consuming one or two eggs daily increases the risk of cardiovascular disease.

Of course, you also want to get your veggies. So, why not whip up an omelet with lots of colorful vegetables to start your morning? It’s a satiating way to start the day and a good way to get a jumpstart on your veggie quota.

A New and Surprising Health Benefit of Eating Egg Whites