What Is the Thermic Effect of Food and How Can You Use It to Burn More Calories?

What Is the Thermic Effect of Food and How Can You Use It to Burn More Calories? 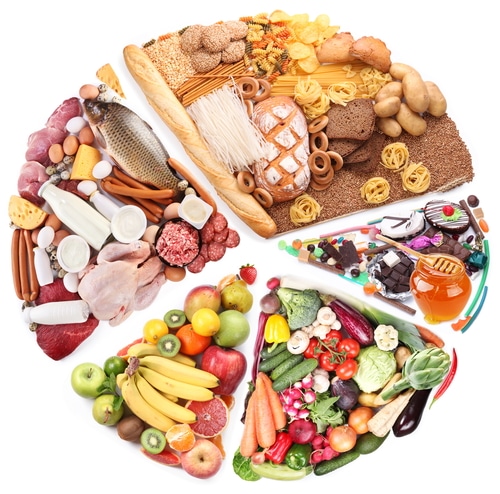 If you’re like most people, you’d like to be able to flip a switch and speed up your metabolism. Unfortunately, your body has a mind of its own when it comes to how fast you burn energy. Of course, there are things you can do to temporarily boost your metabolic rate. A hard strength-training workout or high-intensity aerobic training delivers an after-burn that keeps you burning calories at a higher rate for hours afterward.

Metabolism and the Thermic Effect of Food

There’s another component of metabolism that you can subtly impact by lifestyle and dietary choices and that’s the “thermal effect of food.” Your metabolism can be broken down into three sub-components.

Then there’s the thermic effect of exercise. This includes exercise you do in your daily workouts, at home as you move around the house and at work. It accounts for between 15 and 30% of your overall energy expenditure.

Finally, there’s the thermic effect of food. This refers to the energy expended to digest, absorb and use the macronutrients you take in through diet. Yes, digestion and absorption takes work and it takes a certain amount of energy to get food components from your intestines into cells where they can be used. This accounts for about 10% of your metabolic rate.

Factors that Increase the Thermal Effect of Food

It’s nice to know that eating a meal boosts your metabolism, and the amount of extra energy you burn with a meal or snack is influenced by what you eat and how often you eat it. Changing the composition of your diet and when you eat can subtly impact how many energy your body has to expend to get those nutrients digested, absorbed and into cells.

Let’s start with the composition of what you eat. Your body doesn’t have to expend much energy to break down and process fat, usually less than 5% of the calorie content of what you’re eating. Carbohydrates aren’t much better. Your body burns between 5 and 15% of the calories you consume in the form of carbohydrates to break them down. Protein is a different story. Your body has to work harder to break down and assimilate protein. It uses between 20 and 35% of the protein calories you take in just to digest, absorb and process protein.

To put this in perspective, if you eat a 300 calorie protein snack, you expend 60 to 105 calories to get it to a form your body can use. Contrast that with carbohydrates, where you’re only burning 15 to 45 calories. That’s a significant difference. So eating a diet that’s higher in protein gives you some metabolic advantage that can work in your favor when you’re trying to control your weight.

Other Factors That Impact the Thermic Effect of Food

You might think eating more frequently would boost the thermic effect of food, but research shows energy expenditure is greater when you eat a meal at one sitting rather than spacing the same number of calories out over several smaller meals. On the other hand, this doesn’t take hunger into account. You may ultimately be less hungry and consume fewer calories overall on the day if you eat smaller portions throughout the day.

Taking a brisk walk after a meal increases the thermic effect of food and boosts insulin sensitivity. Plus, it burns calories too. So, it’s better to move around after a meal than it is to collapse in a chair. Keep that in mind when you’re tempted to nap after eating a large meal.

Adding hot spices like chili pepper to your food also boosts the thermic effect of food. Although this effect is small, doing it consistently could have some impact on weight. There’s also some evidence that medium-chain triglycerides from sources like coconut oil boost the thermic effect of food because they’re rapidly oxidized by the liver and used for energy. They also appear to be more satiating than longer chain triglycerides.

The thermic effect of food makes up 10% or less of your total metabolic rate, but there are ways to subtly increase it. The best way is to eat more lean protein and take a brisk walk after a meal. If you enjoy hot, spicy foods, they also give your metabolism a short-term boost.