What 30 Minutes Less Sleep Per Week Can Do to You

What 30 Minutes Less Sleep Per Week Can Do to You 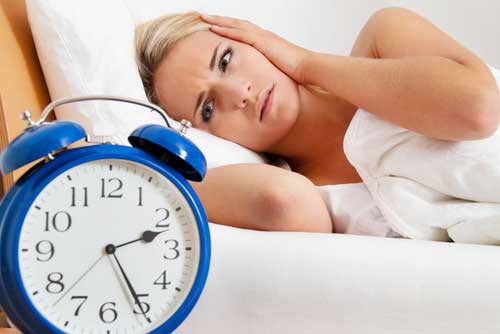 “Snooze and you lose.” You may have heard this phrase, but don’t believe. Doing so could harm your health. You need 7 or more restful hours of sleep each night for good health.  A number of studies recently show getting less sleep than recommended can negatively impact your health and increase the risk for diseases like heart disease and type 2 diabetes. Now a new study shows even minor sleep loss, shaving as little as 30 minutes off your sleep schedule, has health consequences.

In a study involving more than 500 type-2 diabetics, researchers asked participants to record their sleep patterns while they monitored markers for metabolic health, including blood sugars and body weight. Some participants were placed into an exercise or diet/exercise group as well. What was striking was the fact that participants who DIDN’T skimp on sleep were 72% LESS likely to be obese.

Is sleep the missing element in the “stay healthy” equation? For some people it is. How many guys and gals put in the workout time and watch what they eat, but think nothing of staying up until midnight and getting up at 6:00 A.M. most nights!  It’s increasingly clear that getting enough sleep is essential for all aspects of health – heart health, metabolic health as well as mental and physical well-being.

As this new study shows, even small amounts of ‘missed sleep’ are a risk factor for insulin resistance, a precursor to a number of health problems, including type 2 diabetes and heart disease. It also shows a link between short sleep intervals and obesity.

Can Less Sleep Slow Your Metabolism?

You might wonder how lack of sleep contributes to weight gain. For one, too little sleep and poor sleep quality increase production of ghrelin, an appetite hormone produced by your stomach, which dials up your desire to eat and gives you cravings, especially for sugary foods. It also increases cortisol, another hormone linked to carb cravings.

That’s not the only way lack of sleep could contribute to weight gain. A study published in the American Journal of Clinical Nutrition showed college-age guys who were deprived of sleep had as much as a 20% decrease in their resting metabolic rate. A slowdown in metabolism? That’s not what most of us want.

Not racking up enough snooze time doesn’t just throw your appetite and resting metabolism off balance, it disrupts blood glucose control. In reaction to lack of sleep, the cells in your body become less responsive to insulin and your pancreas has to produce more. You’re essentially thrown into an insulin resistant state short-term and that doesn’t bode well for metabolic health.

Another way going to bed late and not clocking enough snooze time may impact your metabolic health is by disrupting your internal biological clock. Inside your brain lies your master timekeeper that’s “set” based on light exposure. When you stay up late, when your body expects you to be sleeping, it disrupts this internal clock. Since this clock regulates the release of hormones involved in energy and glucose metabolism, disturbing its rhythmic function creates metabolic changes that increase the risk of obesity, insulin resistance, and type 2 diabetes.

In fact, a new study shows consistent sleep and wake-up times makes weight control easier. This study involving 300 healthy women found those who went to bed and woke up at roughly the same time each day had lower body fat levels, irrespective of other factors like exercise. On the other hand, those whose sleep and wake-up times varied by more than 90 minutes were saddled with more body fat. In this study, the “magical” amount of sleep time for optimal weight control was around 8 hours a night and less than 6.5 was associated with higher levels of body fat.

What prompts people to stay up late and not get enough sleep? For some highly motivated types, it’s the desire to “get things done.” Unfortunately, this can work against you by decreasing your productivity the next day. Too little sleep has been linked with problems focusing the next day, lapses in judgment and an increase in errors when performing tasks. Studies show people deprived of sleep perform worse on tests that involve cognitive function.

You may get more done by staying awake, but make up for it with reduced productivity the next day. Your brain cells need sleep! Like the hard drive on your computer, your brain must “defrag,” so it can make room for new information. You’ll process information better and make fewer mistakes if you get a good night’s sleep every night.

If you’re doing everything right and still not meeting your fat loss goals, take a look at your sleep habits. Are you getting 7 or more hours of good quality sleep each night? Are you going to bed and waking up at roughly the same time each day? If not, that could be part of the problem.

Most people underestimate the importance of sleep, but meeting your body’s sleep requirements ranks right up there with nutrition and exercise for keeping your body healthy and your weight under control.

Change that trite, old phrase and make it “Don’t snooze and you lose,” lose your health that is.

Is It Normal to Have Sleep Problems As You Get Older?

How Does Lack of Sleep Affect Your Metabolism?