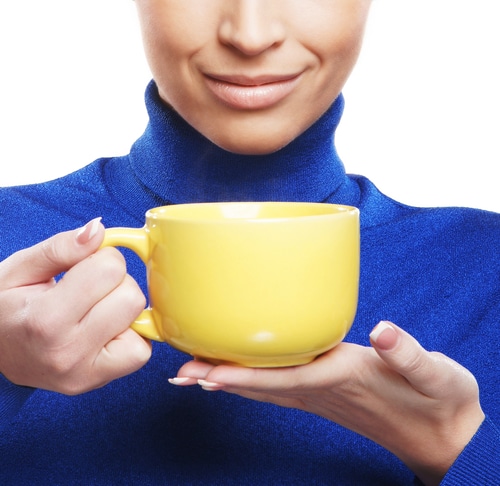 Ever wonder why some people seem to weather cold and flu bugs better than others? Why those hardy individuals are back on their feet in a matter of days, while others seem to be down and out for a week or even longer? Most likely, the ones who rally sooner have immune systems that are armed with the right ammunition to combat infection. And so can you. Besides over-the-counter remedies and plenty of rest, the following foods will help you mount a healthy defense against coughs, sinus congestion and other symptoms associated with cold and flu viruses.

Garlic is loaded with a broad-spectrum of antiseptic compounds and over a dozen immune-boosting chemicals, including allicin, a potent antibiotic. Garlic also contains sulfur, a powerful antioxidant that helps the body fight colds, flu and other infections, including some forms of strep.

*Mince 1 or 2 cloves and eat them raw or sauté very lightly with other foods.

Yogurt contains healthy bacteria which help strengthen the immune system and diminish the severity of cold and flu viruses. Studies show that people who ate yogurt containing acidophilus during the cold and flu season increased their levels of gamma-interferon, the immune-boosting protein that prevents viruses from spreading in the body.

*Take a pass on commercial brands that contain added fruit or sugar, and opt for plain yogurt that has live, bacterial cultures listed on the carton. If the flavor is too sour for your taste, try sweetening with stevia, vanilla or cinnamon.

Ginger is rich in sesquiterpenes, powerful chemicals noted for their ability to fight common cold viruses. Ginger acts as both an anti-inflammatory and analgesic, reducing congestion and the aches and pains associated with the flu. It can also provide added warmth when you’re feeling chilled.

*Add 1-2 teaspoons of grated fresh ginger root to a cup of boiling water to make a soothing tea. Shredded, raw ginger can also be combined with other foods and stir fried briefly.

Vitamin C-rich foods are packed with antioxidants that may lower the risk of catching cold and flu viruses. Vitamin C diminishes the length and severity of existing infections and acts as a natural antihistamine, reducing nasal swelling and congestion.

*For full immune support, aim for a daily intake of 1,000 milligrams of C, preferably from foods. One cup of red bell peppers contains 190 milligrams, and a cup of orange juice provides 100 milligrams. Strawberries, cantaloupe, cooked broccoli and cauliflower are also good sources of vitamin C.

Brazil nuts are an essential source of selenium, a mineral which helps fight infections by raising the body’s T-cell count. Selenium also increases the production of proteins called cytokines, which may help to remove cold and flu viruses from your body.

*Health experts advise supplementing selenium in doses of 100-200 mcg to enhance immune function. The average Brazil nut contains 70 mcg, so two to three nuts will be enough to boost your resistance during the cold and flu season.

Mushrooms contain substances called polysaccharides, which help the body produce the white blood cells needed to resist bacteria and viruses. They increase energy and help maintain optimum health, even beyond the cold and flu season.

*Look for shitake mushrooms, which stimulate the body’s production of interferon, a natural anti-viral substance. They are also a good source of protein, fiber and vitamins A, B and C. If fresh shitakes are not available, simply soak and reconstitute dried mushrooms, then add them to your favorite soup or stew.

To stay healthy and strong throughout the cold and flu season, try to minimize your intake of foods containing sugar, white flour and other refined carbohydrates. They diminish white blood cells needed to fight infection. Limit dehydrating, caffeinated drinks, and opt for soothing, herbal teas instead.

Bottom Line’s Health News: The Greatest Alternative Health Discoveries That Can Save Your Life, Boardroom Inc., 2006

Can Exercise Protect You From the Flu?