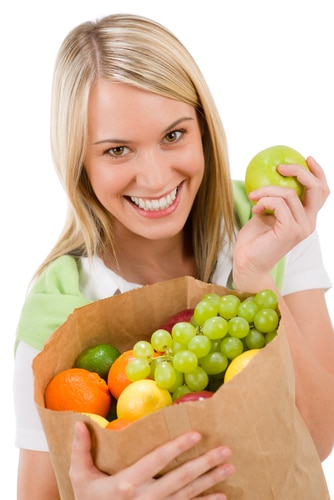 A vegetarian is a person whose diet consists of grains, nuts, fruits, and vegetables. By definition, a vegetarian abstains from eating any kind of meat, fowl, or fish. That being said, there are degrees of vegetarianism that has given rise to many dietary variations.

At the extreme end of vegetarianism is the vegan. Veganism is about health and dietary choice but often incorporates much more than simply food choices. Some Vegans use their lifestyle to exert somewhat of a socio-political stance. Vegans abstain from foods derived from the flesh of animals, but they also do not consume eggs, dairy, or any foods that are made with animal products. Many vegans go so far as to abstain from honey, as well.

The philosophy of veganism often generalizes to other parts of life. For example, many vegans don’t use or condone the use of products made of fur, leather, or silk.

Spawning from veganism is freeganism. The lifestyle of a freegan is defined by their socio-political position against the corporate food system. Freegans adhere to the same extreme dietary principles of vegans, but instead of going to the grocery store to purchase food, they forage for food in the wild, actively promote and participate in community gardens, and even scavenge dumpsters for food that is discarded by supermarkets and restaurants.

Also a spin-off of veganism, the fruitarian holds the position that neither animals nor plants should be harmed in the food production process. As such, fruitarians find it only morally acceptable to eat products that fall naturally from plants such as fruit, nuts, and seeds. Vegetables are also eaten by fruitarians as long as they can be harvested without harming the plant. Following this line of reasoning, a fruitarian would not eat vegetables such as onions, garlic, beets, or radishes because they are harvested by pulling the plants up by its roots, thus destroying the plant.

People in this category are often not even considered vegetarians by their hard-lined counterparts. And, their diets do, indeed, include limited flesh food. Flexitarians who include fish and seafood products are often referred to as pescetarians. Pollotarians are people who occasionally eat chicken or other fowl.

Being a vegetarian is much more complicated than simply adhering to a preset dietary regimen. It seems that more and more, the way a person chooses to eat is motivated by more than health or weight issues. Oftentimes, vegetarianism as a lifestyle is prompted by personal convictions, social issues, or even an individual’s political sway.

One thought on “Variations on Vegetarianism”